Opponents of the Dakota Access pipeline protested outside of Army Corps of Engineers buildings in more than a dozen cities across the country Tuesday in the hopes of blocking the project.

The protests come on the heels of an Army Corps announcement Monday that it needed more analysis before deciding whether to allow the pipeline to move forward.

“The Army continues to welcome any input that the Tribe believes is relevant to the proposed pipeline crossing or the granting of an easement,” the Army said in its announcement.

Construction on that section of the pipeline will not continue until the Army makes a decision.

Standing Rock Sioux Tribal Chair Dave Archambault II said he had hoped the Army Corps would put a permanent stop to the pipeline, but it is a sign people are listening.

“We are encouraged and know that the peaceful prayer and demonstration at Standing Rock have powerfully brought to light the unjust narrative suffered by tribal nations and Native Americans across the country,” Archambault said in a statement. “Millions of people have literally and spiritually stood with us at Standing Rock. And for this, you have our deepest thanks and gratitude.”

Protesters set up camp near the disputed site in April. Since then, they have also held regular protests throughout the country.

More than 30 groups, including Our Revolution and Indigenous Environmental Network, participated in the international call to action on Tuesday. 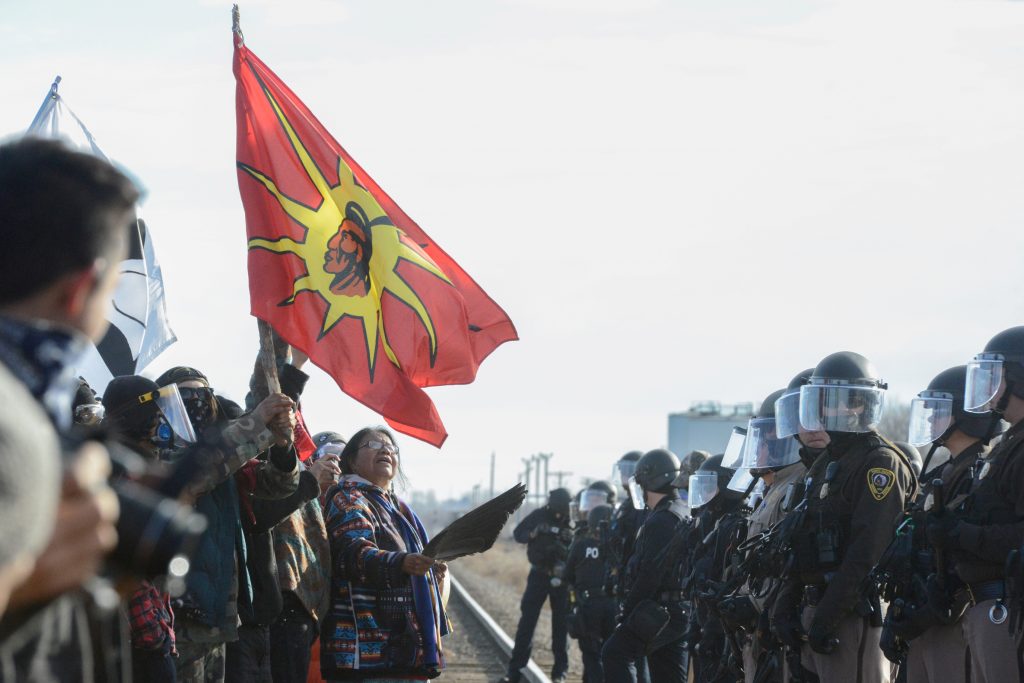 Protesters have a stand off with police during a demonstration against the Dakota Access pipeline near the Standing Rock Indian Reservation in Mandan, North Dakota. Photo by Stephanie Keith/Reuters

The companies behind the pipeline — Partners of Dakota Access Pipeline, Energy Transfer Partners and Sunoco Logistics — called the Army’s announcement “unjust,” saying it reinforced the idea that the Obama administration has been acting outside the law.

“This action is motivated purely by politics at the expense of a company that has done nothing but play by the rules it was given,” said Kelcy Warren, CEO of Energy Transfer Partners, in a statement to NewsHour. “To propose, as the Corps now does, to further delay this pipeline and to engage in what can only be described as a sham process sends a frightening message about the rule of law.”

As the legal process plays out, protests are expected to continue.

Liz McKenzie, a Diné woman who has traveled to demonstrate near the Standing Rock Sioux Reservation on five separate occasions, said people are expecting to maintain a strong presence at the protest site and peacefully pray for the project to be halted. 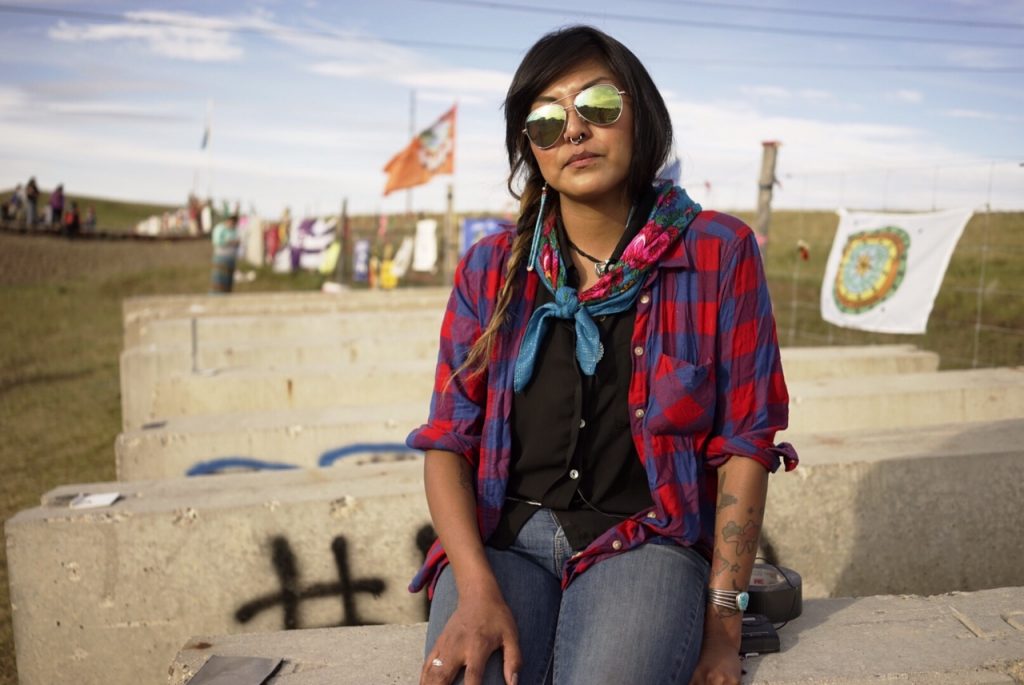 Liz McKenzie is a Dine (Navajo) from New Mexico who had a vivid dream one night about being here at the pipeline protest with the Standing Rock Tribe in North Dakota, woke up, packed up a trailer full of supplies to donate, and drove out. Photo by William Brangham

Some protesters fear that Donald Trump’s election to the U.S. presidency could be a turning point for the pipeline.

Trump has invested more than $500,000 invested in Energy Transfer Partners and has up to $1 million in holding with Phillips 66, The Guardian reported.

Trump has also promised to speed up federal review of projects like the Dakota Access pipeline, Bloomberg reported.

McKenzie, along with other protesters, vowed to “fight harder.”

“No one has really been talking about the election,” she told the NewsHour. “It’s a different America on camp where our reality surrounds our survival and our voices being heard.”

Construction is not halted on private land. The Corps’ announcement halted only construction on federal land near and under Lake Oahe.

Left: People march during a protest in Bismarck against plans to pass the Dakota Access pipeline under Lake Oahe and near the Standing Rock Indian Reservation, North Dakota. Photo by Stephanie Keith/Reuters