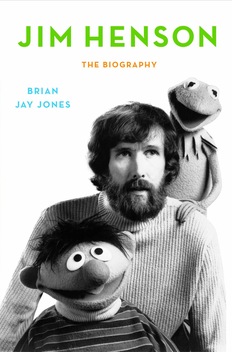 If you didn’t catch this week’s #newshourchats with biographer Brian Jay Jones you missed a fascinating peek into the life of Jim Henson. Jones’s biography, “Jim Henson: The Biography,” came out on Sept. 24. The biography looks at the life of Jim Henson from the creation of the Muppets to Henson’s contributions to “Sesame Street” and “Saturday Night Live.” On Thursday, Sept. 26 from 1 to 2 p.m. EDT Jones, during a live Twitter chat, answered questions about Henson. We pulled out some of our favorite questions and answers below, edited for clarity, and at the end of this article you’ll find a complete transcript.

Q: When did Jim Henson’s vision become altruistic? – asked via the NewsHour website by Wilson Swain.
A: Jim was always rather altruistic. Projects had to mean something. And he really wanted television to be responsible and relevant. “Fraggle Rock” was about ending war. “Muppet Babies” was imagination So, that was always his ethic. It was always important. Jim’s aspirations were larger than himself. However, “Sesame Street” was the first real opportunity to embrace it on TV. Jim loved TV early on–and something like the televised McCarthy hearings made it clear to him that it could both educate and influence. It was TV as social change. He got that early on.

Q: While researching, did you discover any surprising/amusing insights or anecdotes about Jim Henson? – asked via Twitter by Marie Loeffler.
A: One of my favorite stories–which is in the book and verified by those who were there–involved Jim’s experiment with LSD! As an artist, Jim was intrigued by the potential of mind expanding substances, but was worried about side effects, such as setting himself on fire or jumping out a window! So he decided to try it in the safety of the Muppet Workshop in NYC with a few trusted friends at his side. He put the LSD on a sugar cube and then ate the sugar cube and nothing happened! People were taking LSD to take their minds to higher places. Jim was already there! So he sent everyone home, and drove home. And that was it. I love that. Especially because as I was working on this, people would say “Those Muppets are crazy! They have to be on drugs!” Nope.

Q: Did he consider what he was doing “counter culture” like others (ie. Smothers Bros, Hendrix)? – asked via Twitter by Patrick Donges
A: Probably not. Jim considered his stuff funny and entertaining and that was enough. He did produce a ‘hippie documentary’ called “Youth 68”. But even that was more about the technology of TV than it was politics or being subversive. In fact, at the end of it, someone says “I don’t think this’ll change a thing” or words to that effect. It’s like a coy wink.

Q: What was Jim Henson’s favorite character to perform? – asked via the NewsHour website by Sean Horace.
A: Jim felt closest to Kermit. It was little more than fabric over his hand, a very intimate kind of puppet – but he also enjoyed whatever puppet he happened to be performing! Cantus from “Fraggle Rock” was much like him, wise and cryptic. Guy Smiley was fun for him, an amped up version of his own personality. He loved performing whoever was on his arm.

NewsHour holds Twitter chats every Thursday at 1 p.m. EDT. Join the conversation on Twitter by searching for #NewsHourChats.