For the second day in a row, Supreme Court nominee Neil Gorsuch frustrated Senate Democrats by refusing to share his view on specific issues. Hour after hour of Wednesday’s confirmation hearing, Democrats tried to make Gorsuch open up. But Gorsuch deflected them at almost every turn, as the 11 Republicans on the Senate Judiciary Committee stepped in to defend him.

It underscored the partisan divide in a confirmation hearing that has turned increasingly combative as the week wears on.

Here are some highlights from the third day of the hearing: 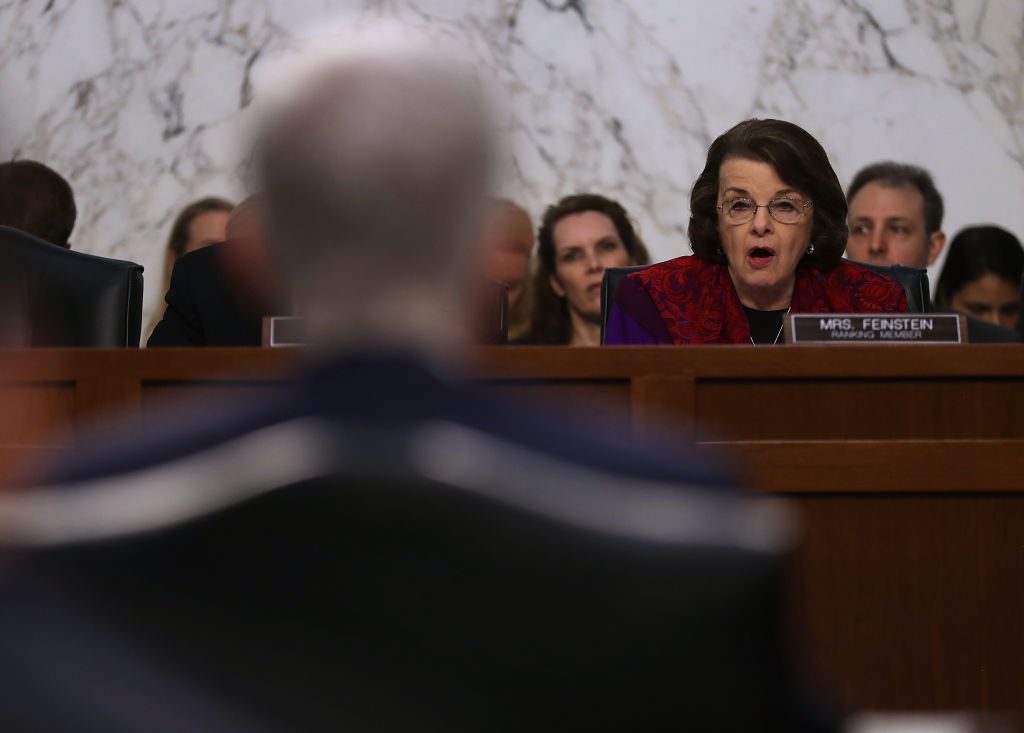 Democrats used several different tactics in an effort to pin Gorsuch down on controversial issues. They struck out time and again — but that never stopped them from trying.

Early on, Sen. Dianne Feinstein (D-Calif.) raised the issue of women’s rights and access to health care. “I want your two daughters to have every opportunity they could possibly have,” she said, referring to Gorsuch’s two teenage daughters, “and not be conscribed to a lesser fate because the law is interpreted in a backwards sense.”

“But here’s the problem,” Feinstein continued. “We’ve talked about precedent. For the life of me, I really don’t know when you’re there [on the court], what you’re going to do with it.” She added, “all of that could be struck out with one decision” if Gorsuch joined other justices in overturning Roe v. Wade.

Gorsuch did not take the bait. “I can’t promise you how I’d rule in a particular case. That would be deeply wrong,” he said.

Feinstein agreed, but noted that she remains frustrated with Gorsuch’s refusal to make his views known. “For us on this side,” Feinstein said, “knowing where you stand on major questions of the day is really important.”

Several Republicans took issue with the line of questioning, arguing that their counterparts were applying an unfair litmus test when none should exist. “It’s important to know where you stand before I vote yes,” Graham told Gorsuch. But Graham questioned if Democrats would make the same demands from a nominee appointed by a president from their party.

Graham also accused Democrats of withholding their support for Gorsuch in the hope of extracting a promise that he “won’t get in the way of their agenda.” The South Carolina senator, who launched a 2016 presidential campaign but bowed out before the Republican primary, recalled a not-too-distant era when justices were confirmed unanimously. He asked if that was a thing of the past.

Recent history suggests the answer is yes. The last justice to receive a unanimous confirmation vote was Anthony Kennedy, in 1988. Ruth Bader Ginsburg, confirmed by a 96-3 vote in 1993, has come the closest since then. And in recent years, a growing number of senators from both parties have voted against nominees picked by presidents from the opposite side of the aisle. Nothing so far in the Gorsuch hearings suggests the result will be any different this time around.

Is #SCOTUS political? You have to step back and look at whether justices are "acting in a partisan way," says @MarciaCoyle #PBSNews pic.twitter.com/Ut5O5briOk

The blame for that, though, isn’t on Democrats. It’s on the way Republicans and Democrats — in both the executive and legislative branches — have handled these nominations in recent years, Marcia Coyle, chief Washington correspondent for the National Law Journal, told PBS NewsHour’s Judy Woodruff. 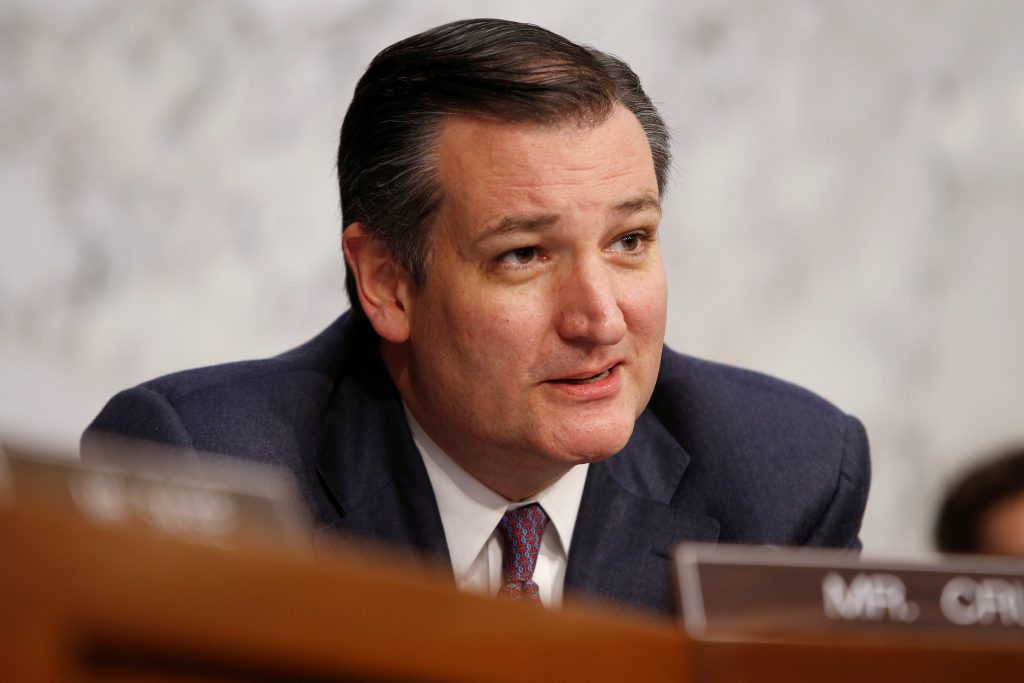 Sen. Ted Cruz (R-Texas) turned the tables on his Democratic colleagues Wednesday, painting them as hypocrites for criticizing Gorsuch, a federal judge, while also calling out President Donald Trump for his criticism of the courts. The argument was a strong rebuttal for conservatives who feel Gorsuch is managing the hearings with “flying colors,” as Cruz at one point described it.

On the one hand, Cruz said, Democrats — including many on the Senate Judiciary Committee — have gone after Mr. Trump for criticizing the federal judges who blocked his original travel ban.

Yet at the same time, Democrats have attacked Gorsuch’s views and record as a federal judge, Cruz said. He cited comments made by Democratic Sens. Mazie Hirono of Hawaii and Sheldon Whitehouse of Rhode Island, who have raised concerns about Gorsuch at the confirmation hearings, largely around whether Gorsuch would rule for the “big guy” over the “little guy.” “These were serious attacks. Many of them impugn your integrity directly,” Cruz told the judge.

Cruz said the attacks were fair game during a Supreme Court confirmation hearing. “But it’s a little rich for [Democrats] to malign a federal judge,” he said, while also hammering Trump for engaging in similar behavior. “You can’t have both at the same time,” Cruz said.

Cruz scored political points. But his argument also raised the question: Are the criticisms of the judiciary leveled by Trump and the Democrats really one and the same?

"I speak for me. I am a judge, I am independent, I make up my own mind," Neil #Gorsuch told @SenatorLeahy. #GorsuchHearing pic.twitter.com/j5Fb6pCRxH

In February, Trump called a federal judge who blocked his first travel ban a “so-called” judge. Democrats and Republicans criticized the comment, saying it crossed a line. Earlier, as a candidate, Trump went further, saying a federal judge could not rule fairly on a case against Trump University because of his Mexican heritage. (As fact-checkers later pointed out, the judge was actually born and raised in Indiana).

In comparison, Democrats have criticized Gorsuch from the moment Trump nominated him to the Supreme Court. But none have questioned his legitimacy as a federal judge. Cruz overlooked the distinction, but it likely doesn’t matter; it’s the kind of argument that appeals to the party’s base. The White House picked up on the theme Wednesday, when Press Secretary Sean Spicer took a swipe at the Democrats’ line of attack.

“I think Democrats have tried to score some points,” Spicer said. “But they’ve largely fallen by the wayside.”

‘Backward is not backwards’

In a speech last year, Gorsuch said judges should try to “apply the law as it is, focusing backward, not forward, and looking to text, structure, and history.” Critics have pointed to the sentiment as proof that Gorsuch supports rolling back landmark legislation protecting the rights of women, minorities and other groups.

Senate Democrats are trying to find out what kind of #SCOTUS justice #Gorsuch might be, @AHoweBlogger explains. #PBSNews pic.twitter.com/iUXDpv10nI

On Wednesday, Sen. John Cornyn (R-Texas) offered Gorsuch an opportunity to defend the remarks. “Can you explain what you mean by looking backward and not forward. Can you explain how your approach to the law is not hostile to social progress?” Cornyn asked.

Gorsuch said he would be happy to. “Backward is not backwards, senator,” he began.

The nominee went on to say that judges are tasked with reviewing the “law at the time the alleged crime was committed.”

“We look backward, in this sense, in the sense of looking at historic facts,” he added.

Legislators, Gorsuch said, take the opposite approach: writing “new laws” that focus on the future, not the past. Cornyn seemed pleased with the explanation. Democrats might disagree. But it was, at the very least, a clearly-stated position that provided insight into Gorsuch’s view on the different roles of the judicial and legislative branches.

Gorsuch did hint at his views on the legality of same-sex marriage Wednesday. It was one of his few instances of real candor, though the discussion turned on a legal fine point that took some teasing out by Sen. Chris Coons (D-Del.).

Coons asked Gorsuch what circumstances, if any, might lead him to consider voting to overturn Obergefell v. Hodges, the 2015 Supreme Court ruling that legalized same-sex marriage. Gorsuch dodged the question, saying Obergfell was the law of the land.

But his answer left an opening for Coons — a former appeals court clerk and attorney — and the senator pounced.

The remark appeared to provide a clue — however oblique — about Gorsuch’s view on an existing law that could be challenged in the future.

Coons asked Gorsuch if he agreed that same-sex couples now had a “significant reliance interest” on the ruling. In other words, Coons said, thousands of same-sex couples have already married, and states and municipalities have established subsequent laws based on the Supreme Court’s ruling.

If Obergefell was overturned, it would impact the lives of many Americans who rely on the law, Coons added; shouldn’t that be taken into account in any future legal challenge to same-sex marriage?

“Reliance interests are an important factor” in considering the issue, Gorsuch said, suggesting that overturning Obergefell would be difficult to do. The remark appeared to provide a clue — however oblique — about Gorsuch’s view on an existing law that could be challenged in the future.