Becoming an au pair about more than just child care, there’s a history lesson too

Robyn-Lee Malan has juggled 45 hours of childcare as an au pair, Saturday classes learning about the three branches of government and a new life in a new culture over the last six months, yet the 26-year old South African offers no complaints. “You always can read about another country, but it’s another thing to experience it,” she said.

Malan was one of nearly 300 au pairs from host families throughout the Northeast to travel to Washington D.C. over the weekend as part of the government’s three-decade long cultural exchange program. The trip served a second purpose for the au pairs: to fulfill education credits by the U.S. State Department required under the J-1 Visa.

The au pair program began in 1986 when a small group of au pairs arrived from Western Europe and now totals about 15,000 au pairs from six different continents, according to Jane Rolla, owner of Cultural Hi-Ways, an educational tour company.

As long as a course is held by an accredited U.S. post-secondary educational institution, the au pairs may fulfill the academic requirements, but many choose to register with “Learning Across America,” a popular continuing education program sponsored by CUNY’s Borough of Manhattan Community College (BMCC).

Naomi Machado, the director of CUNY’s Language Immersion Program at BMCC, said that the State Department’s mandatory “six hours of academic credit or equivalent” turns out to be about two college classes a semester, or about 60 to 80 or more hours of classes a year, including the field trips, through CUNY’s program.

Alisa Alaca of Hamburg, Germany, who has worked as an au pair in a New York City suburb for eight months, said she has become more open-minded about the world. As Alaca walked passed a pro-refugee protest in front of the White House, she said she feels torn about the current political situation in Europe. While she expressed relief that a stadium attack was thwarted last week in Hanover, Germany, she was concerned when she heard her father had been verbally attacked over his Turkish heritage. “We should be one unit; the world is a big place. We should be together, and we should fight for each other instead of fighting against each other,” Alaca said.

Moritz Patsch, one of the few male au pairs on the D.C. trip, also from Germany, said that the recent attacks in Paris have complicated his views on Germany’s refugee policy. “Right now, I feel a little safer here than I would feel at home,” Patsch said. 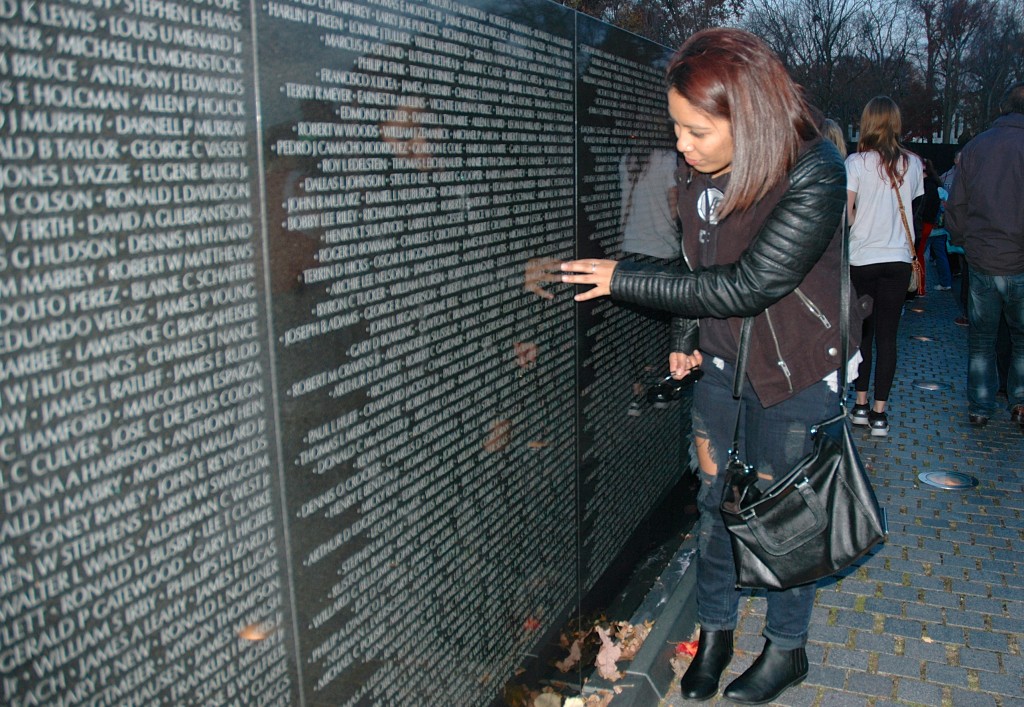 Christina Ernst, who teaches in the Learning Across America program, said Alaca and Patsch’s engagement in political discussions doesn’t surprise her. “They represent a worldly group of young people who are aware and intelligent about international issues, and they know how to think in a different way than American students their age,” Ernst said.

The trips come together in large part due to Rolla, a former school teacher and previous host parent of several au pairs, who founded the tour company Cultural Hi-Ways in 1990. Rolla started the organization as a way to provide au pairs with a fun, inexpensive way to explore the U.S. “It wasn’t like it is now,” Rolla said, adding that the State Department has become stricter concerning the education requirements since the early years of the program.

In 2007, Rolla partnered with CUNY’s Learning Across America, and in its first year, enrolled 30 au pairs. A year later, 2,000 au pairs signed up for courses. “To me this is a win-win. They can get their education and they can see North America,” Rolla said.

In preparation for the Washington D.C. trip, students researched the history of two memorials and made their own monuments from whatever craft materials they had at home, including cereal boxes, toilet paper rolls and paper, Ernst said.

“On the whole, I’d say the au pairs are really positive people,” CUNY’s Machado said. “Some of the girls don’t want to do the classwork, but that’s very few. Most of them really have fun, and they seem to really enjoy learning about different parts of the U.S.,” she said.

At the World War II Memorial, Debora Brosco, a 26-year old au pair from São Paulo, Brazil, smiled when she heard that some of the green stones from the memorial came from Brazil. “When you hear something about your country, especially when you are far away, you feel proud. There’s a little piece of Brazil here,” Brosco said.

While exciting and overall positive for most of the au pairs, issues of fair wages and work conditions, loneliness, and sometimes just a poor match with the host family have been raised as concerns around the au pair program. Malan, the au pair from South Africa, recently switched families. She pointed to differences in child rearing, diminished hopes of feeling more like part of the family and early curfews as reasons for her departure. Malan said she is very happy with her new family and would like to stay for another year. “It’s all part of the learning experience,” she said.

Malan said she’s glad for the education requirements. She researched both Lincoln and Martin Luther King Jr.’s Memorials because of her interest in civil rights and the connections to President Nelson Mandela. “It’s crazy to think what people went through for freedom,” she said.

Left: Au pairs gather together in front of the Washington Monument. Photo by Victoria Pasquantonio