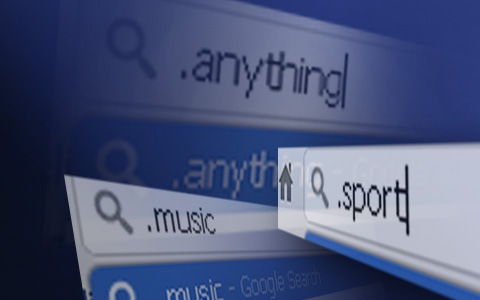 Judging by name alone, iFriends.com seems innocent enough. But, in fact, it is self-described as “the largest premium and free adult webcam sex chat community in the world.”

IFriends, which has existed since 1998, is one of millions of websites online whose names say little about their content. But beginning today, the Internet Corporation for Assigned Names and Numbers (ICANN) is fixing to change that with new web names that would make the intention and mission of some websites clearer.

Currently, more than half of all websites end in .com or .net. Along with avoiding confusion like with iFriends, the process will organize the Internet better, like walking down aisles of a grocery store. Anyone clicking on a .movie website will know it’s a movie. “The Help” website, instead of being “thehelpmovie.com” could be “thehelp.movie.” Unicef, which is planning on applying for a .unicef domain name, could make its donations page “support.unicef” instead of “supportunicef.org.”

Not everyone is enamored with these changes.

For one thing, applicants must pay a $185,000 evaluation fee just to apply for a new domain name and answer a series of technical and financial questions, which are scored by an independent panel. If multiple applicants for the same domain name are equally matched and no consensus can be reached, an online auction will take place to determine the winner. That could mean spending hundreds of thousands of dollars more — perhaps even more than a million dollars in some cases — to win the right of naming your website to the right of the dot.

The NewsHour will have its own debate about this on Thursday’s program with the head of ICANN and a prominent business voice from a coalition that’s opposed to the changes.

Debate aside, there’s already a lot of interest. Several organizations have announced their intentions to bid for the same domain names. Among the top bids:

.web | When the first dot-com was registered in 1986, the .com domain initially stood for “company.” Over time, however, that original meaning was lost. Now, nearly anyone can get a website under .com, whether they are a company, individual, or community. The same goes for .net, which originally stood for network. Multiple applicants have expressed intentions to apply for .web, all of whom, according to their websites, are marketing it as an alternative to .com or .net.

.gay | Both the Dot Gay LLC and the Dot Gay Alliance have expressed intentions to apply for the .gay domain name. Both parties have endorsements from gay organizations and gay community supporters.

.music | While there are numerous record labels and musicians around the world who might stake a claim in the .music domain name, only one entity, music.us has publicly announced their intentions to apply. However, the Recording Industry Association of America has voiced concerns over ensuring that a .music domain name would not lead to copyright infringement.

.news | The .news domain may also prove competitive, according to Kieren McCarthy, CEO of .Nxt, Inc. “Dot-news would be something worth having. I could see that going to auction.”

A list of interested applicants shows at least 14 new web domains having more than one interested applicant. They include .shop, .sport, and .health. General domains like .blog and .movie may also prove popular despite the lack of current applicants. And some of the bigger battles remain to be seen.

“There are, I am led to believe, a large number of applicants — mostly corporates — who are keeping their applications under wraps,” McCarthy said.