This café wants you to take a midday kitten break

On a sunny morning at the recently opened Crumbs & Whiskers, a café in the tony Georgetown neighborhood of Washington D.C., Monica, a regular, relaxes on one of the many cushions. She stretches, walks to the far wall and with a quick spring jumps onto a shelf almost as high as the ceiling.

She yawns, licks herself, then curls up and closes her eyes.

It’s a typical day for Monica, who is one of roughly twenty felines who reside in this cat café.

“Business has been really good,” said café owner Kanchan Singh. “We’ve had to turn people away on weekends and weeknights. It’s insane.”

Popular in Asia since the late ‘90s, cat cafés spread to Europe, then North America, and have recently found their way to the U.S., where they have veritably exploded. Since the first locations opened their doors in December of 2014, nine have sprung up across the country, with eleven more announcing their intention to open soon. 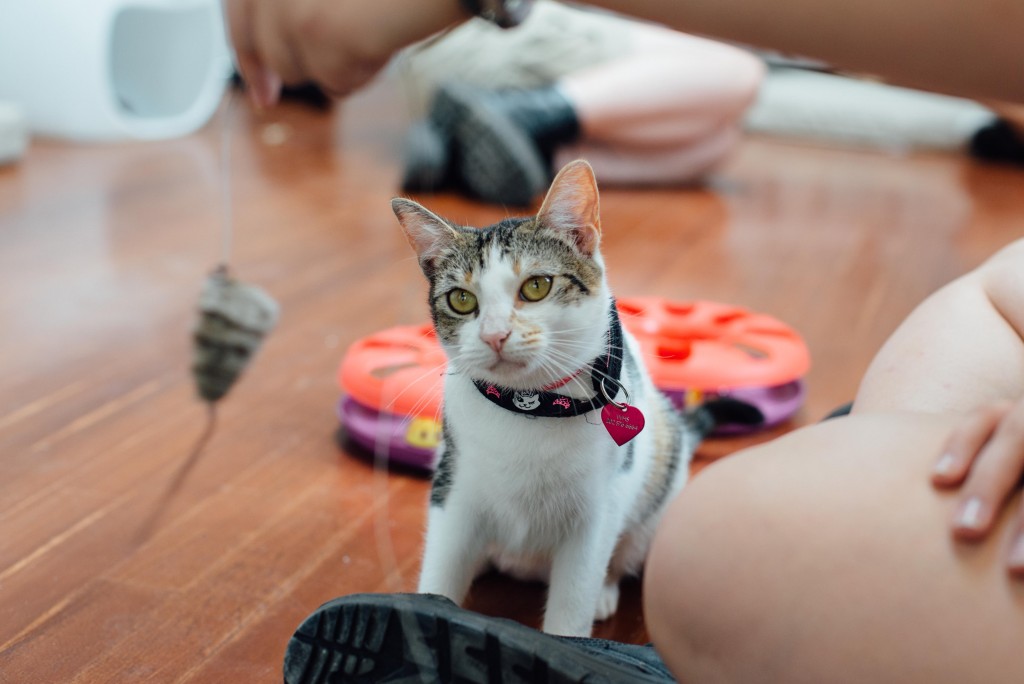 These eateries have everything you would expect of a typical café — drinks, a selection of baked goods, and plenty of places to chill or work. They also have resident cats.

While Nusberg and her friend Sara Rix spent time getting to know a handsome tabby named Wookie, others cuddled, petted and spoiled some of the other playful kitties. Across from them, a group of friends gossiped over iced coffee. In a corner, a man worked on his laptop.

These cafes aren’t just fun places to hang out. In the United States, most of them also partner with local Humane Societies or pet rescues to make all their cats available for adoption. For Singh, the animal welfare angle was her main reason for opening the café, which launched in June.

Kanchen Singh, founder and owner of Crumbs & Whiskers, raised more than $35,000 in a Kickstarter campaign to open the shop. Video shot and edited by Ariel Min

“I went to a cat café in Thailand, and I immediately fell in love. When I came back and started looking into it, I realized I could use it to facilitate adoptions. I’ve always loved animals in general and especially cats, and that’s when I was sold on it.”

Lauren Lipsey, director of rehoming for the Washington Humane Society, says she thinks Crumbs & Whiskers is making an impact.

“I think offering an opportunity to visit adoptable cats who are not in our area expands the appeal of the Humane Society,” Lipsey said. “Potentially you could have people walking by, see an animal who’s available and go home with it. … So I think it’s definitely expanding our reach.”

Even if the cat cafés are successful in increasing adoptions, however, there’s concern over whether or not there’s long-term demand for them. So far, business at Crumbs & Whiskers is booming. Even with a $10 cover charge, reservations are recommended, and the café has been so busy they have had to turn customers away. But there is still a question about whether this will last.

“Having come once, I don’t know if I’d come again.” Nusberg admitted on her visit.

“I guess that’s the key question,” Rix said. “Is this a novelty, or is it sustainable?” 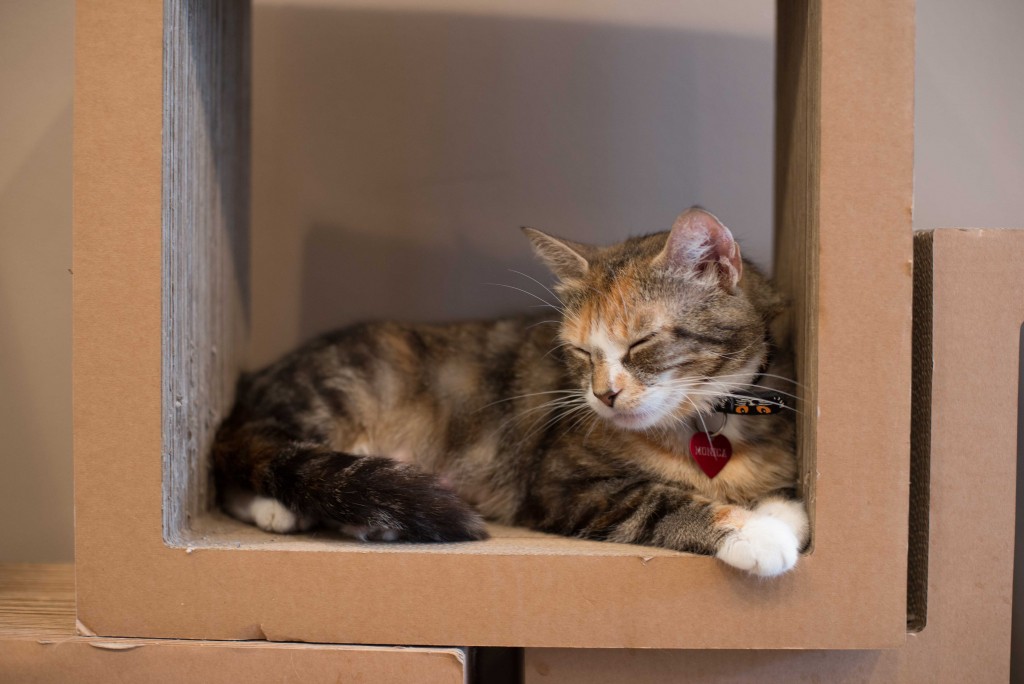 Some cats are shier than others, Singh says. Photo by Ariel Min/PBS NewsHour

So far, at least, there are reasons to be optimistic. Cat cafés in other countries have certainly proven their staying power, and the ones in the U.S. appear to be doing well, both in business and adoptions. Cat Town Cafe in Oakland, which opened in October, has adopted 222 cats since they opened.

“Business has been amazing,” owner Ann Dunn said. “We’re open Wednesday through Sunday and it’s packed out there. Our café is full of people who are playing with the cats all day everyday. … It’s been really great.”

Only time will tell for Crumbs & Whiskers.

“I think that to sustain it we have to prove to the community the value in terms of adoptions, in terms of the customer experience,” Singh said. “We have to show people that you don’t have to own a pet or go to a shelter to spend a fun time with a cat.”

Left: Patrons at Crumbs & Whiskers cozy up to one of the resident cats. Photo by Ariel Min/PBS NewsHour