WASHINGTON — California faces an estimated $50 billion price tag for roads, dams and other infrastructure threatened by floods such as the one that severely damaged Oroville Dam last month, the state’s natural resources secretary said Wednesday.

Nearly 200,000 people living near the country’s tallest dam were evacuated three weeks ago amid fears of a catastrophic flood after a chunk of concrete tore out of the main spillway after heavy rains, leaving it severely damaged.

Damage to California’s highways is estimated at nearly $600 million. More than 14,000 people in San Jose were forced to evacuate last month and floods shut down a portion of a major freeway.

In the Yosemite Valley, only one of three main routes into the national park’s major attraction is open because of damage or fear the roads could give out from cracks and seeping water, rangers said. On central California’s rain-soaked coast, a bridge in Big Sur has crumbled beyond repair, blocking passage on the north-south Highway 1 through the tourist destination for up to a year.

Proposals by Gov. Jerry Brown for $387 million for flood control and emergency response were “an important start,” Laird said at a Senate hearing Wednesday, but the requests fall far short of the amount needed to address flood projects statewide. 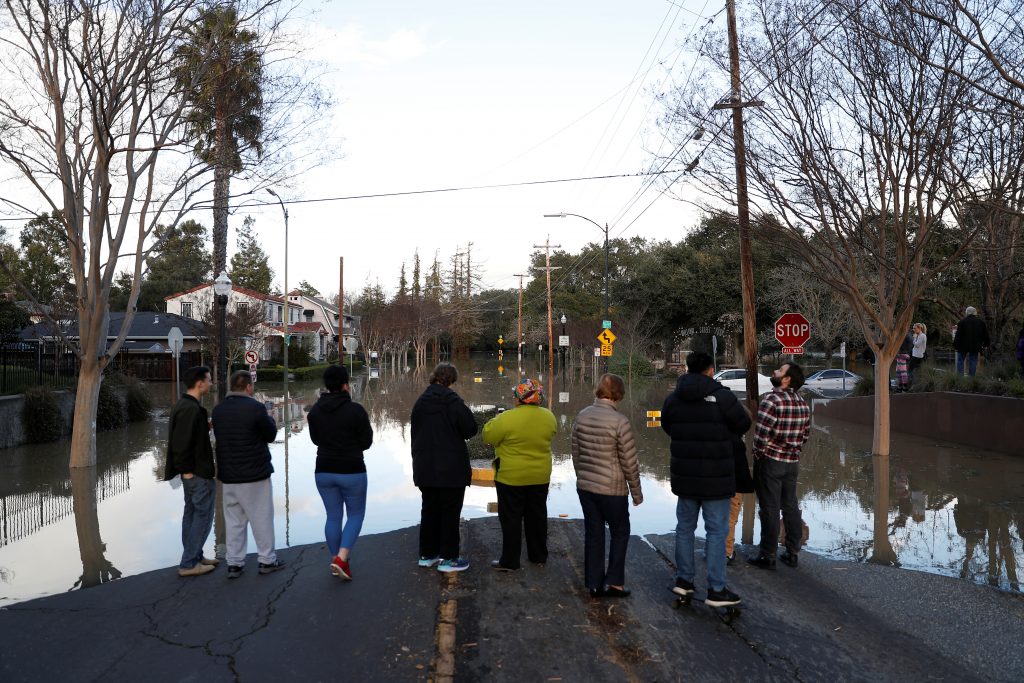 Laird told the Senate Environment and Public Works Committee that he has asked the U.S. Army Corps of Engineers and other federal agencies to expand inspection and review of all federally-owned dams in California, with particular attention paid to secondary structures such as spillways.

He also has asked the Corps to update federal operating manuals for key California reservoirs and is seeking hundreds of millions of dollars authorized under a new water-projects law for rehabilitation of “high hazard dams” in the state.

Dam improvements are part of a $10 billion law approved by Congress late last year to authorize water projects across the country, including more than two dozen projects in California.

The state has invested about $11 billion in flood control management over the past decade, Harris said, yet more action is needed to protect nearly 7 million people and $580 billion worth of assets — buildings, farmland, and crops — that are at risk.

The committee also heard from officials in Wyoming and Cedar Rapids, Iowa, where recent floods caused millions of dollars in damage.

President Donald Trump has made improving the nation’s infrastructure a priority, and Barrasso said he was optimistic Congress would approve funding to modernize dams and levees across the country.

“Infrastructure is critical to our nation’s prosperity,” Barrasso said. “It’s a driver of our nation’s economy and it impacts every community.”

WATCH: Inundated by storms and flooding, California hopes for sun

Left: A firefighter with the San Jose Fire Department walks in a flooded neighborhood after heavy rains overflowed nearby Coyote Creek in San Jose, California, in February. Photo by Stephen Lam/Reuters