MIDPINES, Calif. (AP) — A destructive wildfire near Yosemite National Park burned out of control Sunday and has grown into one of California’s biggest blazes of the year, forcing thousands of residents to flee remote mountain communities.

Some 2,000 firefighters were battling the Oak Fire, along with aircraft and bulldozers, facing tough conditions that included steep terrain and spiking temperatures, according to the California Department of Forestry and Fire Protection, or Cal Fire.

“Today the weather is expected to remain hot with minimum humidity between 5 and 10%, which will hamper firefighting efforts,” said a Sunday morning incident report.

The blaze erupted Friday southwest of the park near the town of Midpines in Mariposa County. Officials described “explosive fire behavior” on Saturday as flames made runs through bone-dry vegetation caused by the worst drought in decades.

By Sunday the blaze had consumed more than 22 square miles (56 square km) of forest land, with no containment, Cal Fire said. The cause was under investigation.

Evacuation orders were in place for over 6,000 people living across a several-mile span of the sparsely populated area in the Sierra Nevada foothills.

Gov. Gavin Newsom proclaimed a state of emergency for Mariposa County due to the fire’s effects. 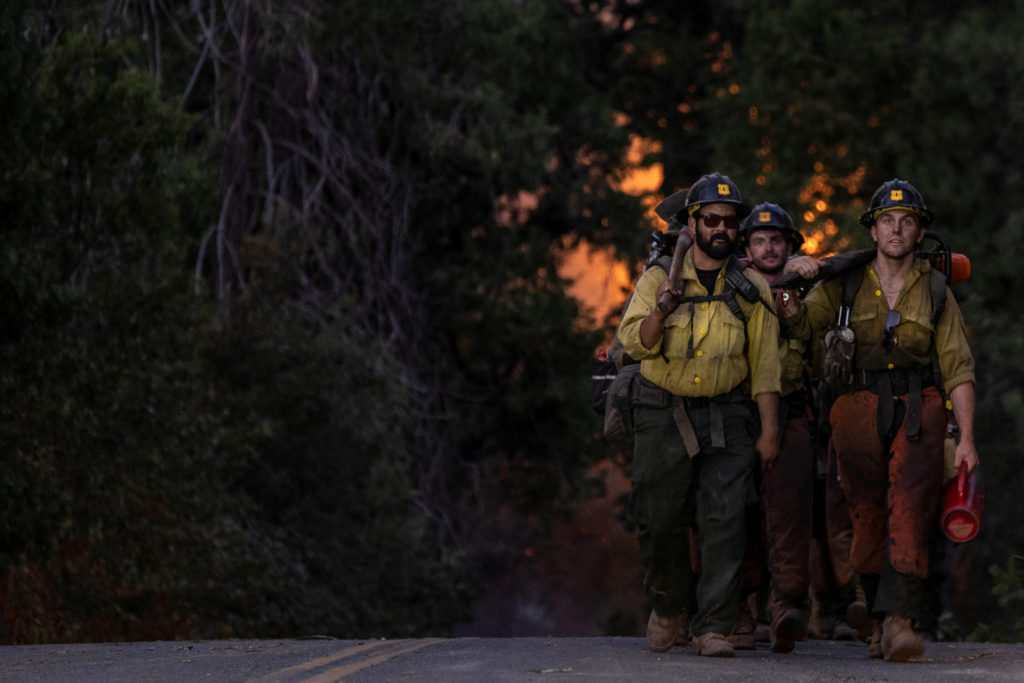 Firefighters take a break while they work to extinguish the Oak Fire as it burns near Darrah in Mariposa County, California, U.S. July 23, 2022. Photo by Carlos Barria/Reuters.

Flames destroyed 10 residential and commercial structures and damaged five others, Cal Fire said. Numerous roads were closed, including State Route 140 between Carstens Road and Allred Road — one of the main routes into Yosemite.

California has experienced increasingly larger and deadlier wildfires in recent years as climate change has made the West much warmer and drier over the past 30 years. Scientists have said weather will continue to be more extreme and wildfires more frequent, destructive and unpredictable.

Pacific Gas & Electric said on its website that more than 3,100 homes and businesses in the area had lost power as of Sunday and there was no indication when it would be restored. “PG&E is unable to access the affected equipment,” the utility said as flames roared Friday.

The Oak Fire was sparked as firefighters made progress against an earlier blaze, the Washburn Fire, that burned to the edge of a grove of giant sequoias in the southernmost part of Yosemite National Park. The 7.5-square-mile (19-square-km) fire was nearly 80% contained after burning for two weeks and moving into the the Sierra National Forest.

Left: A house is seen on fire as the Oak Fire burns near Darrah in Mariposa County, California, U.S. July 23, 2022. Photo by Carlos Barria/Reuters.