The bright, white 150-year-old dome of the U.S. Capitol was revealed Tuesday, shining in the morning sun and completely restored after a three-year project.

Announced in 2013, the $60 million project included stripping the 14 previous layers of paint off the dome before repainting it using 1,215 gallons of “Dome White” paint for three new layers, the Washington Post reported.

The project used 1.1 million pounds of scaffolding and repaired 1,300 cracks in the dome. A foundry in Utah replaced the damaged ornaments, and Architect of the Capitol Stephen Ayers replaced the final piece on Oct. 27.

The project was the dome’s first full restoration since 1959, according to the Architect of the Capital.

“The Capitol dome restoration project is complete,” Ayers said at a media briefing Tuesday. “Our work revealed and preserved the exquisite craftsmanship that went into the construction of this great dome.”

The national landmark as we know it was finished in 1866 during Abraham Lincoln’s presidency and the Civil War.

During restoration, workers found items left behind from the original construction, including a man’s signature and a 150-year-old crowbar, according to the Washington Post.

See photos of the Capitol dome from its inception to today: 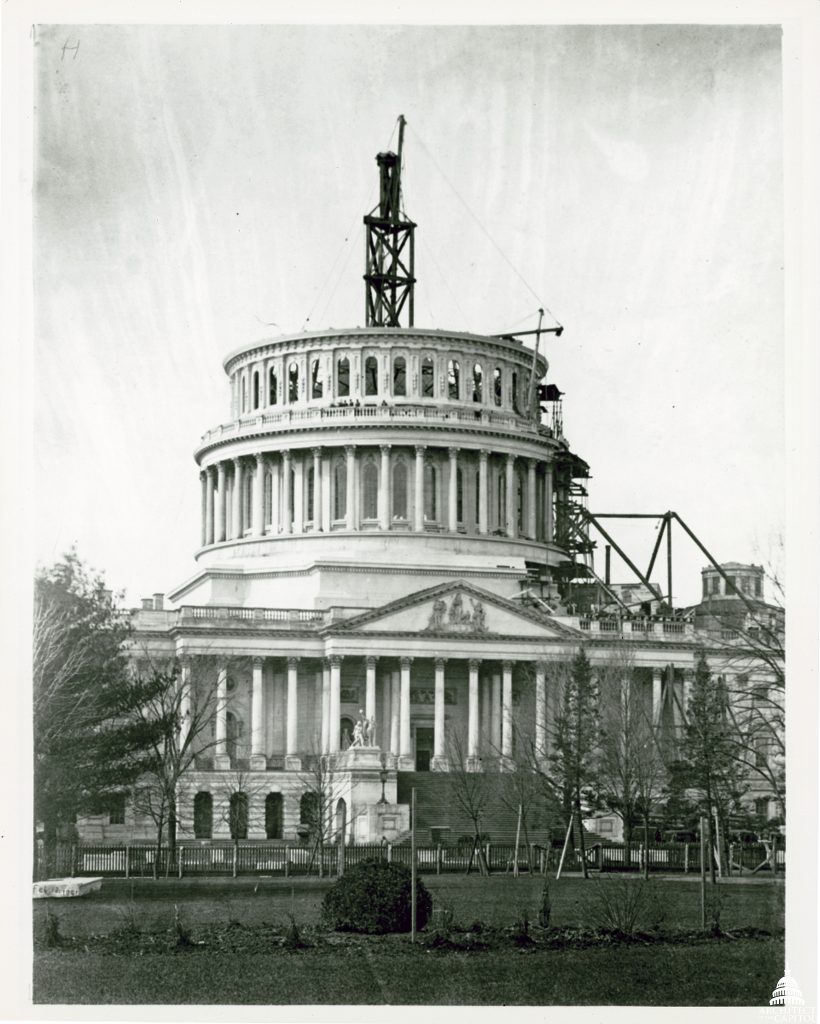 The Capitol dome as we know it was finished in 1866 during Abraham Lincoln’s presidency. Photo taken Feb. 12, 1861, courtesy of Architect of the Capitol 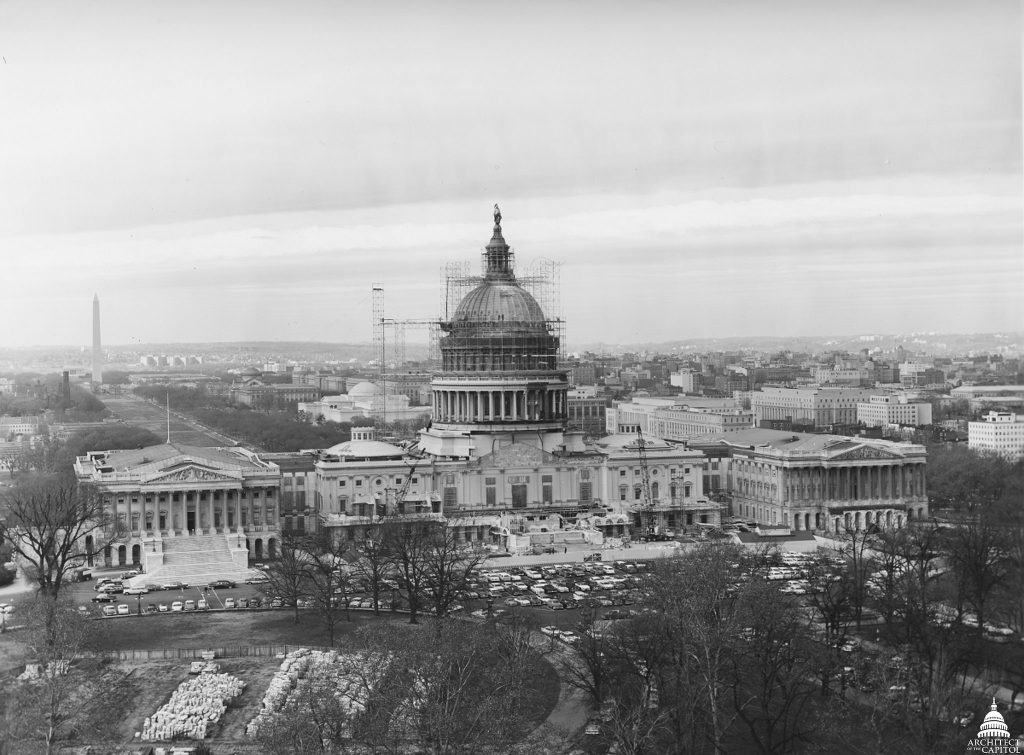 The Capitol dome underwent restoration work between 1959 and 1960. Photo courtesy of Architect of the Capitol

View of the Capitol Dome under restoration early this morning.

This morning’s sunrise casts a pink glow on the restored Capitol Dome.

Last night’s supermoon lights up the DC sky above the US Capitol. Did you catch a glimpse of the incredible moon 🌕 over the weekend? Share your photos using #MyDCcool for a chance to be featured. 📷: @bethanyaugliere #MyDCcool

Left: The supermoon rises over the United States Capitol dome in Washington, DC, on Nov. 13, 2016. Photo by Gary Cameron/Reuters