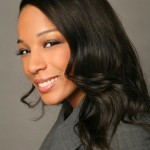 Since arriving on this land nearly 400 years ago, black people and our African ancestors have never realized true equality. Through centuries and generations — even as singular individuals achieved admiration, adulation and even acceptance — black people have been treated through various systems as less than equal by the white power structure.

Those blacks who have been able to beat the odds are seen as exceptions, even as others in the community are continually denigrated. The evolution from being property to citizens with equal opportunity and full protections has not completed its cycle. There are disparities that still exist in all facets of life for blacks — from education to the criminal justice system, housing to unemployment and many other issues in between.

“In 30 years, people of color will be the majority. But what does that mean, specifically for the black community?”

In 30 years, people of color will be the majority. But what does that mean, specifically for the black community? The power structure is still generally controlled by white men, and the hurdles that have been placed in the way of opportunity for people of color broadly, and blacks specifically, have created an advantage for those in power that they will not relinquish easily. Racism and prejudice still pervade our lives; laws are created regularly in states across the country that make it harder for people to ascend to power roles or eschew their current oppressive situations.

These are challenges that must be met with concrete solutions. While hope for a better future abounds, the wheels of progress at times turn slowly. The expectation that racial or economic parity will be achieved in that time span would be a hope far beyond reaching.

However, there are things that are within reach. Criminal justice reform is receiving bipartisan attention even as the number of casualties grows. But with real commitment to address this one facet of inequality, other areas are likely to be positively impacted as well.

In the age of the first black president, we know that political power can create change. Even in the absence of a fully-functioning Voting Rights Act, we have to realize that our power to shift the status quo lies not only in the streets, but in every place where that status quo is exclusionary, by deliberate design or disparate impact. We must continue to confront these issues and not rely solely on our increase in the population, but rather, our ability to change policies and gain power.

Left: Protesters hold up signs on top of a closed business in Ferguson, Missouri on August 10, 2015. Photo by Rick Wilking / Reuters

Janaye Ingram is the National Executive Director of National Action Network (NAN), a national civil rights organization. In this role, she oversees NAN’s action agenda and legislative advocacy work under Founder and President, Rev. Al Sharpton and focuses on various issues including education, criminal justice, housing, technology, economic development and healthcare, among others. Through her work with NAN, she has become a recognized voice on politics and activism with weekly commentary on NewsOne (www.newsone.com) and appearances in national media outlets including the Huffington Post, The Grio.com, MSNBC, Sirius XM radio and TV One, among others. She holds a B.A. in Psychology from Clark Atlanta University and a M.S. in Nonprofit Management from The New School University.