“I chose Charleston because it is most historic city in my state, and at one time had the highest ratio of blacks to Whites in the country,” the manifesto reads. “We have no skinheads, no real KKK, no one doing anything but talking on the internet. Well someone has to have the bravery to take it to the real world, and I guess that has to be me.”

While currently unverified, the website features numerous images of Roof, and was registered under his name in February, according to The New York Times.

A law enforcement official said that the FBI is investigating the purported manifesto, the AP reported. 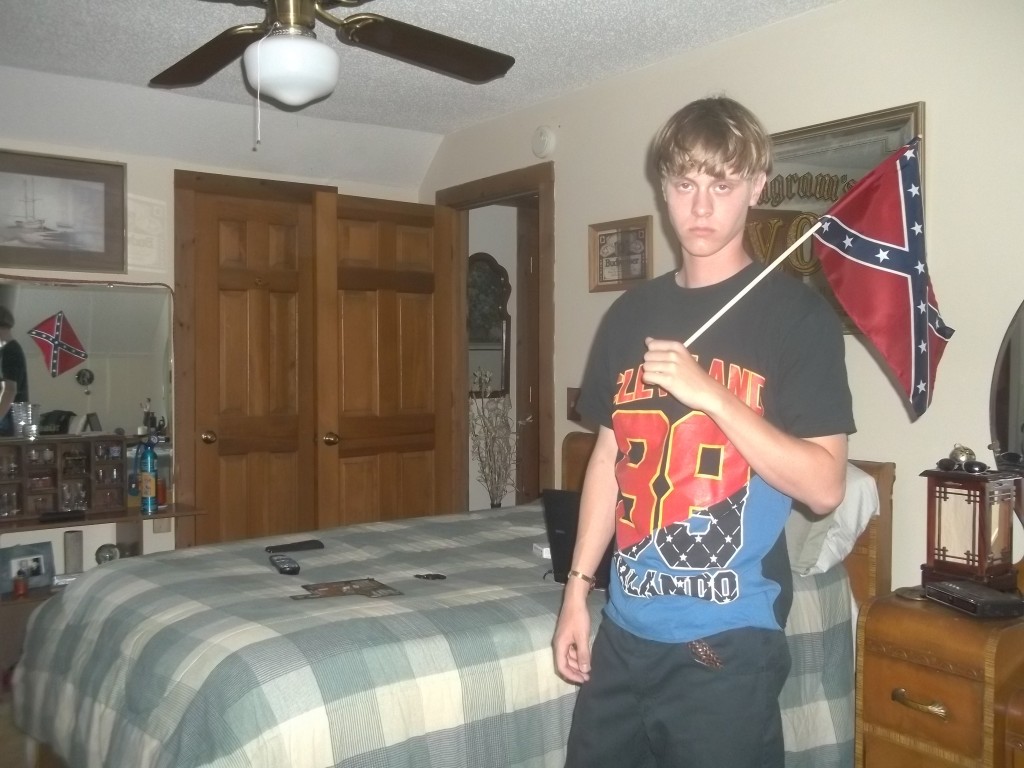 Dylann Storm Roof, accused of murdering nine people in a Charleston, South Carolina church, is pictured with a Confederate flag in an image from a white supremacist website titled “Last Rhodesian.”

Images attached to the website, titled “Last Rhodesian,” depict Roof alone at a Confederate soldiers’ cemetery, with wax statues of slaves, burning the American flag, and in various poses with a gun and the Confederate flag.

It is unclear who took the photographs.

African Americans are not the only subject of the racist views put forward in the manifesto, though they are the primary target. The website also contains derogatory language against Jewish, Hispanic and East Asian people.

Left: Dylann Storm Roof, accused of murdering nine people in a Charleston, South Carolina church, is pictured with a Confederate flag in an image from a white supremacist website titled "Last Rhodesian."