After a night of unrest over Tuesday’s fatal police shooting of Keith Lamont Scott in Charlotte, North Carolina, the city’s police chief said the 43-year-old black man was armed when officers approached him.

In a news conference today, Charlotte-Mecklenburg Police Chief Kerr Putney said Scott exited his vehicle armed with a handgun, while officers repeatedly order him to drop his weapon. Putney said Scott posed a threat to officers, and identified Brentley Vinson, who is black, as the officer who shot and killed Scott in the parking lot of an apartment complex in the University City neighborhood.

Putney said detectives recovered the firearm at the scene, “but at this point, I don’t know that [Scott] definitively pointed the weapon specifically towards an officer.”

Scott was later pronounced dead at the Carolinas Medical Center.

Vinson was placed on administrative leave as the Charlotte-Mecklenburg Police Department investigates the shooting. Vinson has worked for the department since July 2014, the Washington Post reported.

Vinson was also not wearing a body camera and approached Scott in plain clothes and a vest.

The police chief said a book was not found at a scene, a detail that runs contrary to claims from Scott’s family.

A women who identified herself as Scott’s daughter, said in an hourlong Facebook Live video that her father was unarmed and reading a book in his car before his was shot by Charlotte police.

She also said police Tasered her father and shot him four times.

“My daddy didn’t do nothing. They just pulled up undercover,” she’s heard in the video.

Scott’s sister, who refused to give her name, told the Associated Press that her brother was disabled. 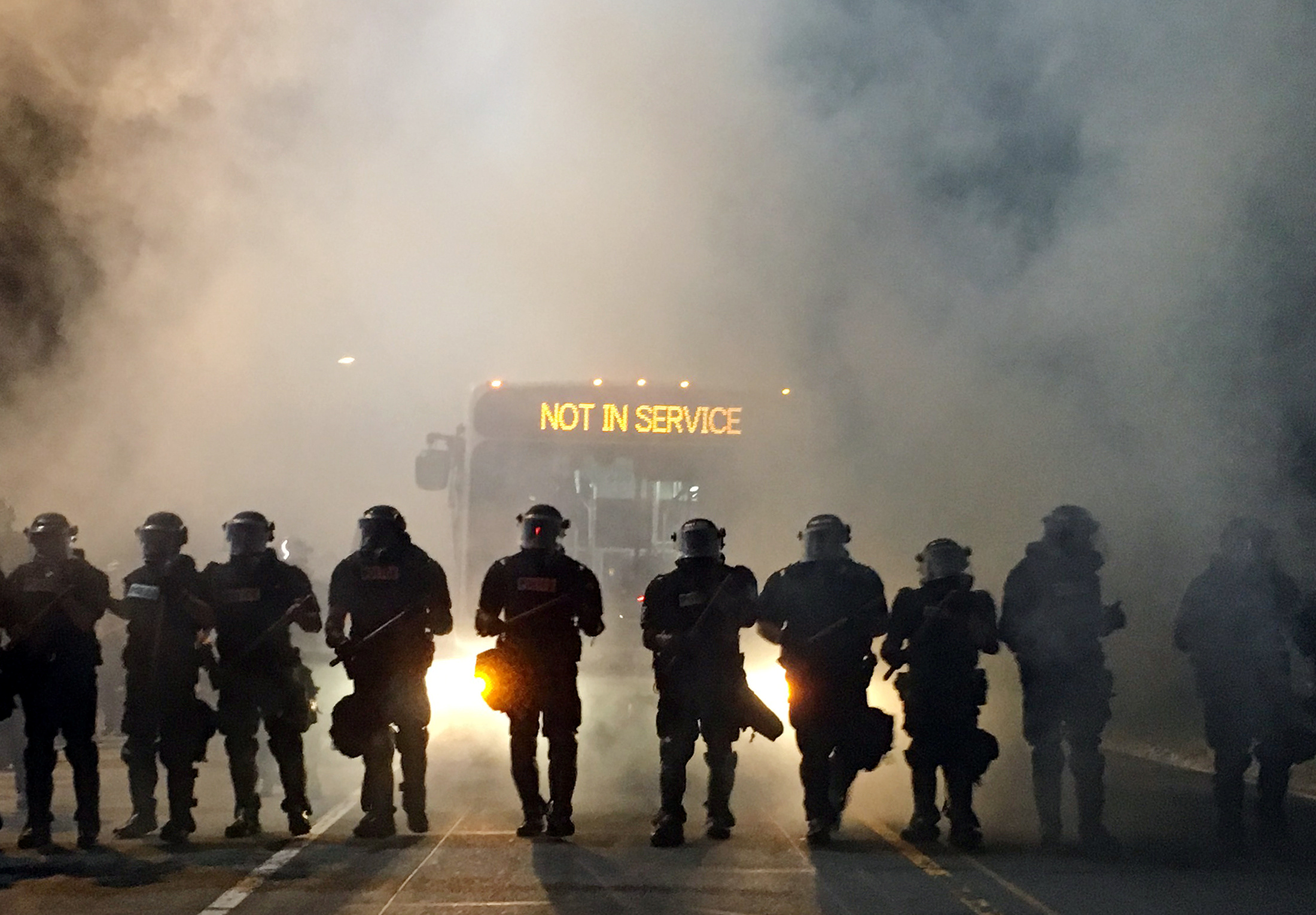 Dozens of protesters also amassed on Interstate 85, blocking the major highway. By morning, the highway was cleared.

On Twitter, Charlotte Mayor Jennifer Roberts asked for calm while the city investigated the shooting. “The community deserves answers and full investigation will ensue. Will be reaching out to community leaders to work together,” she tweeted.

The community deserves answers and full investigation will ensue. Will be reaching out to community leaders to work together @CMPD @ncnaacp

Dash cam and police helicopter footage captured the shooting, revealing that Crutcher had his hands up when officers approached him and his stalled vehicle on a road. Tulsa police said Crutcher was unarmed.