His family’s attorney, Mark Bogen, confirmed his death, for which an official cause was not released. Banks’ family is expected to hold a press conference on Sunday.

Banks, popularly known to fans as “Mr. Cub,” joined the team as its first black player in 1953. He hit 512 career home runs throughout his 19-season career with the Cubs and was famous for his catchphrase, “Let’s play two,” which adorns his statue at Wrigley Field.

“He was one of the greatest players of all time,” Cubs Chairman Tom Ricketts said in a statement. “He was a pioneer in the major leagues. And more importantly, he was the warmest and most sincere person I’ve ever known.” 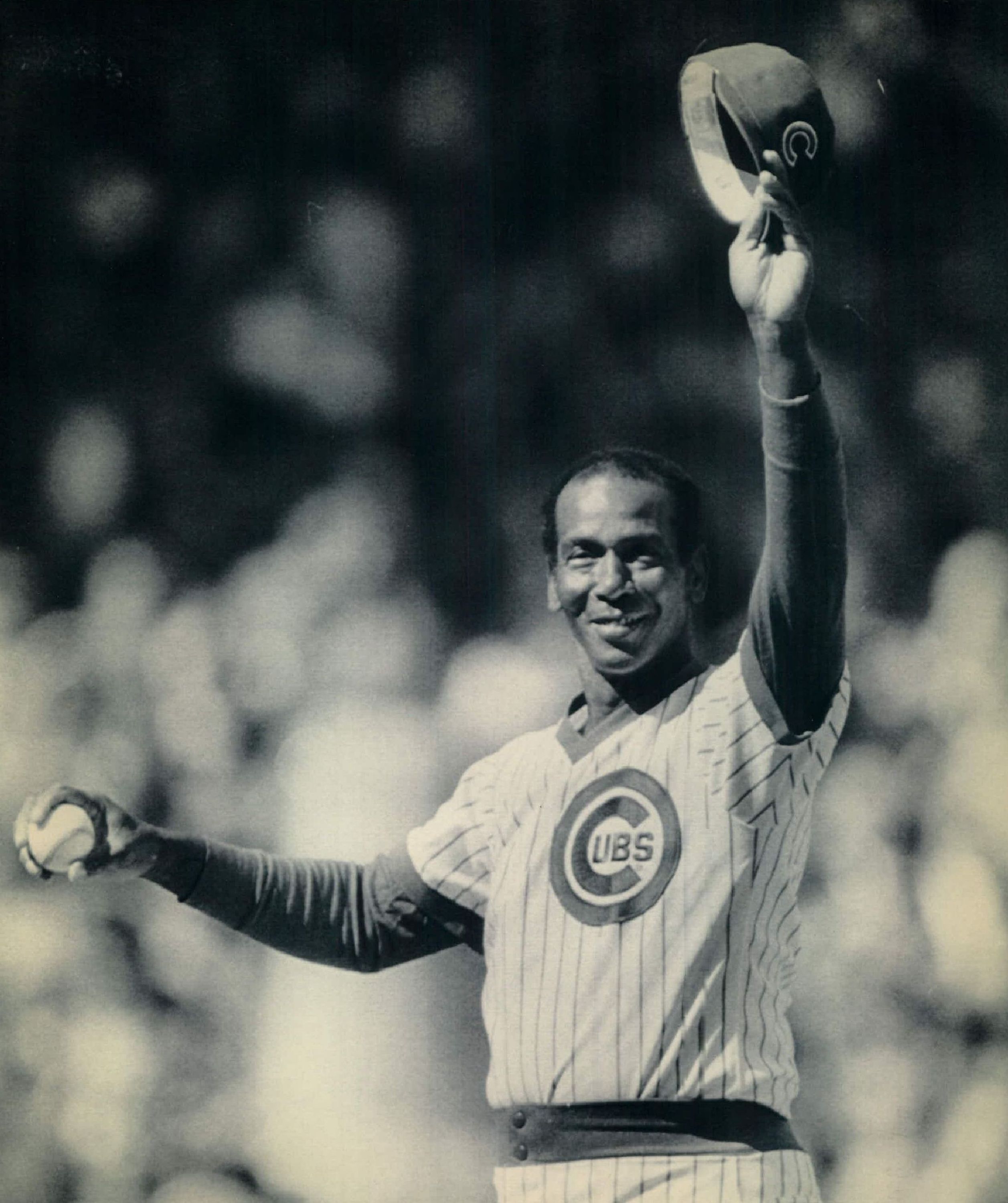 “Mr. Cub” Ernie Banks salutes the crowd at Wrigley Field before throwing out the first pitch for the Cubs-Padres playoff opener on Oct. 2, 1984. Photo by The Denver Post via Getty Images

Banks was inducted into the Hall of Fame in 1977. He was also a two-time MVP and a 14-time All-Star.

In a statement Saturday, fellow Chicagoan President Barack Obama called Banks an “incredible ambassador for baseball and for the city of Chicago.”

Michelle and I send our condolences to the family of Ernie Banks, and to every Chicagoan and baseball fan who loved him. He was beloved by baseball fans everywhere, including Michelle, who, when she was a girl, used to sit with her dad and watch him play on TV. Somewhere, the sun is shining, the air is fresh, his team’s behind him, and Mr. Class — “Mr. Cub” — is ready to play two.

In 2013, Obama presented Banks with the Presidential Medal of Freedom, citing his good cheer, optimism and eternal faith that “someday the Cubs would go all the way.”

Fans are leaving flowers and beer cans at Wrigley at Addison and Sheffield. #Cubs pic.twitter.com/rwlbX4bxly

On Saturday, Cubs fans began a makeshift memorial to Banks outside of Wrigley Field.

Left: President Barack Obama awards the Presidential Medal of Freedom to Hall of Fame baseball player Ernie Banks in the East Room at the White House on November 20, 2013 in Washington, DC. Photo by Win McNamee/Getty Images