Chicago’s Wrigley Field, home of Major League Baseball’s Chicago Cubs, celebrated its 100th birthday Wednesday. While ownership of the team has changed, players have come and gone and home run races commenced, the stadium has endured a century of Cubs baseball. Here are some photos looking through the years of the ballpark: 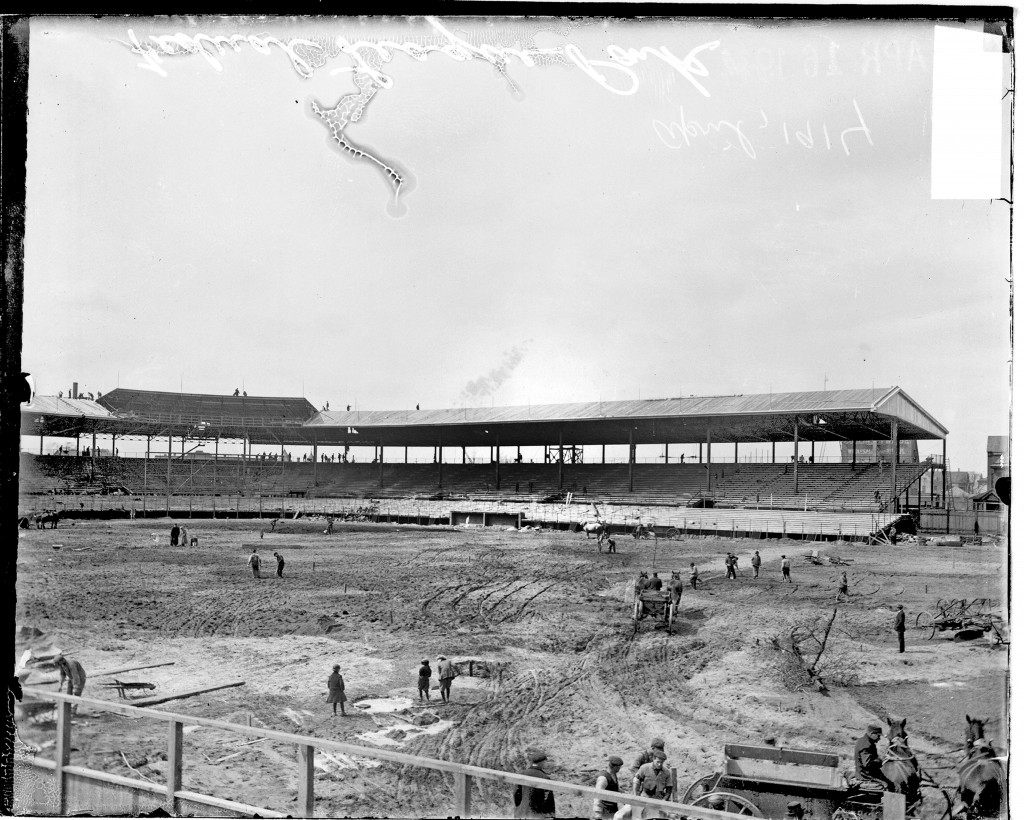 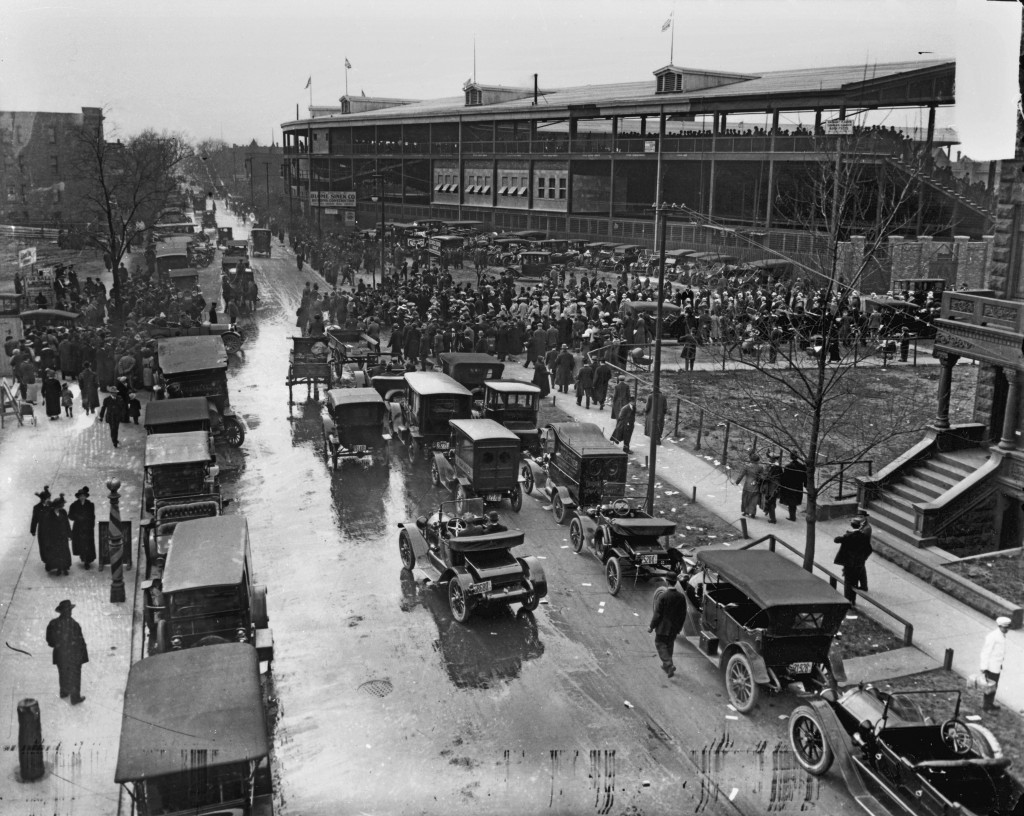 View of the traffic surrounding Wrigley Field, home of the National League’s Chicago Cubs, as fans gather for a game, circa the 1920s. Photo by Chicago History Museum/Getty Images 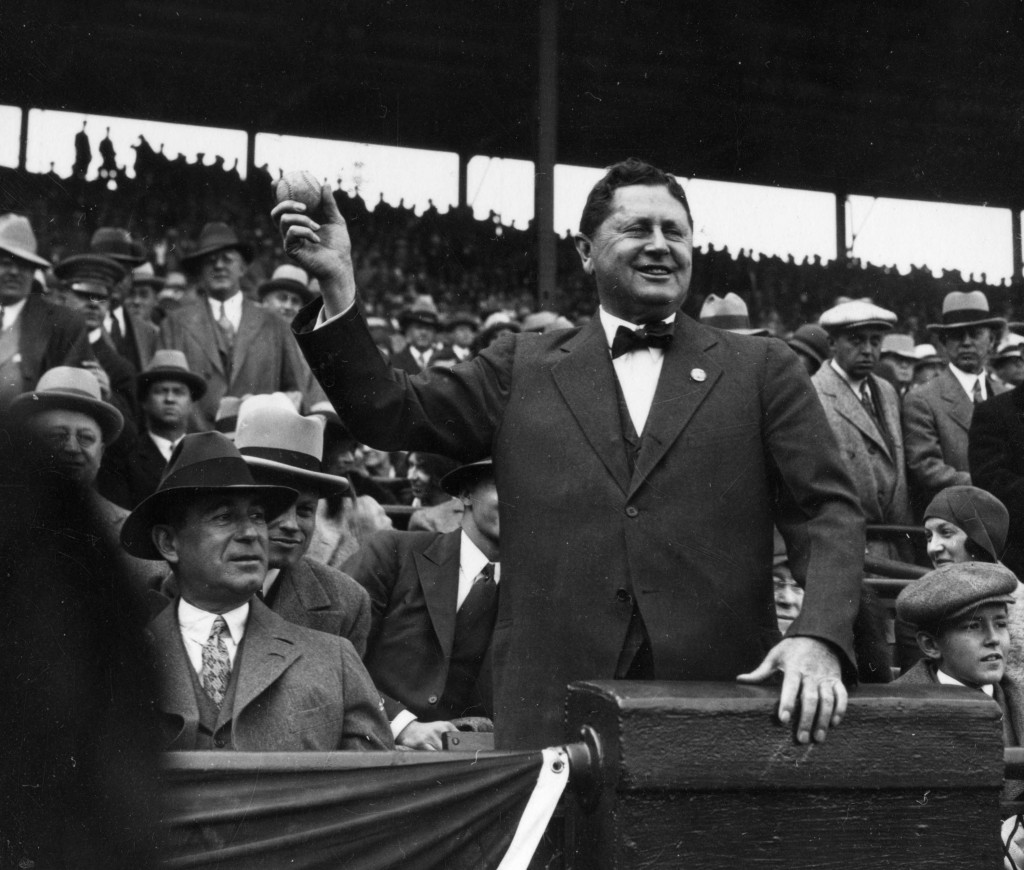 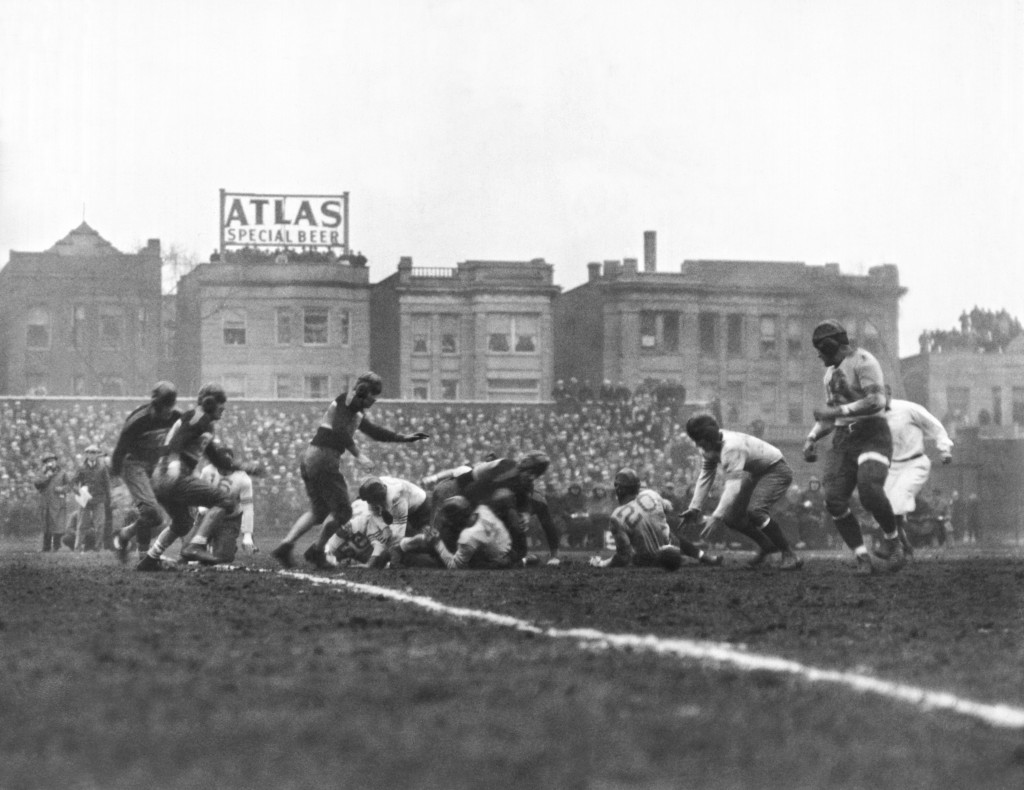 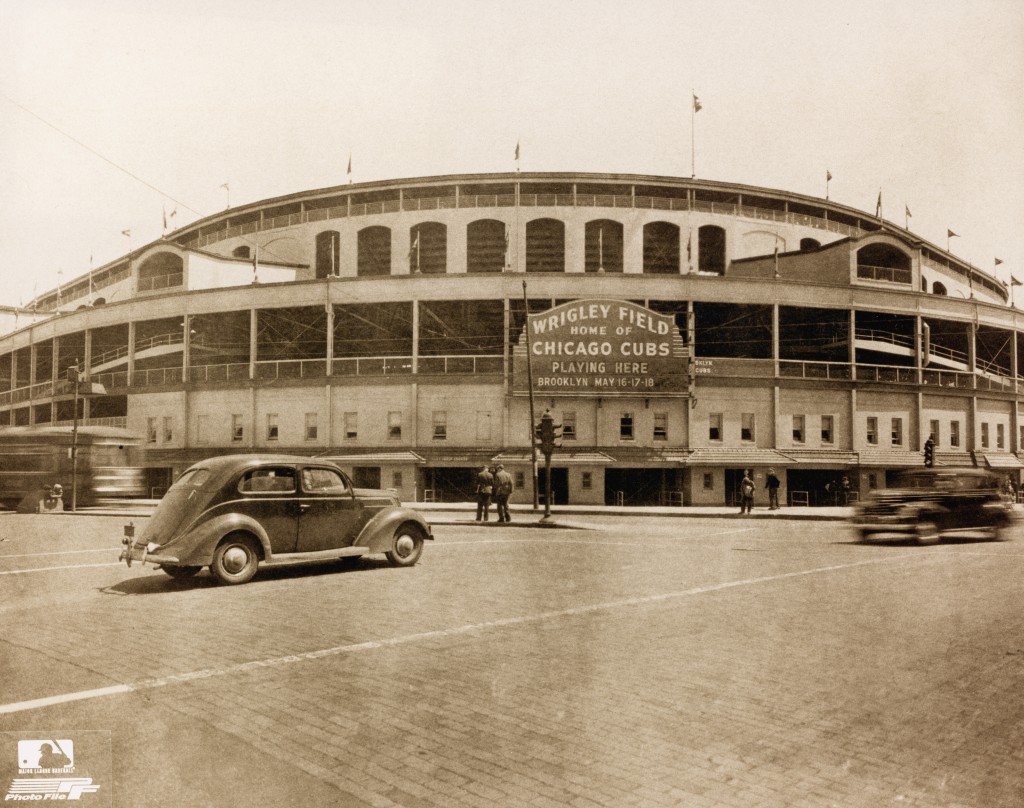 Exterior view of Wrigley Field as cars and pedestrians pass on the street in front of it, Chicago, Illinois, May 1939. Photo by Photo File/Getty Images 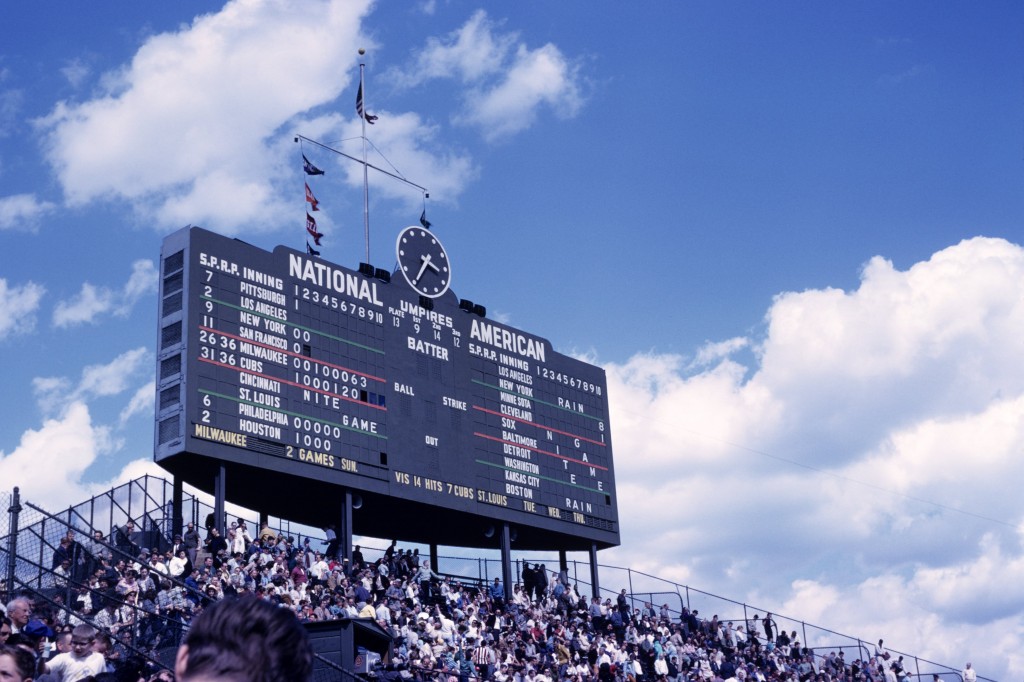 The scoreboard above the centerfield bleachers tells the score of the game as well as those from around the major leagues during a game on May 18, 1963 between the Milwaukee Braves and the Chicago Cubs. Photo by Diamond Images/Getty Images 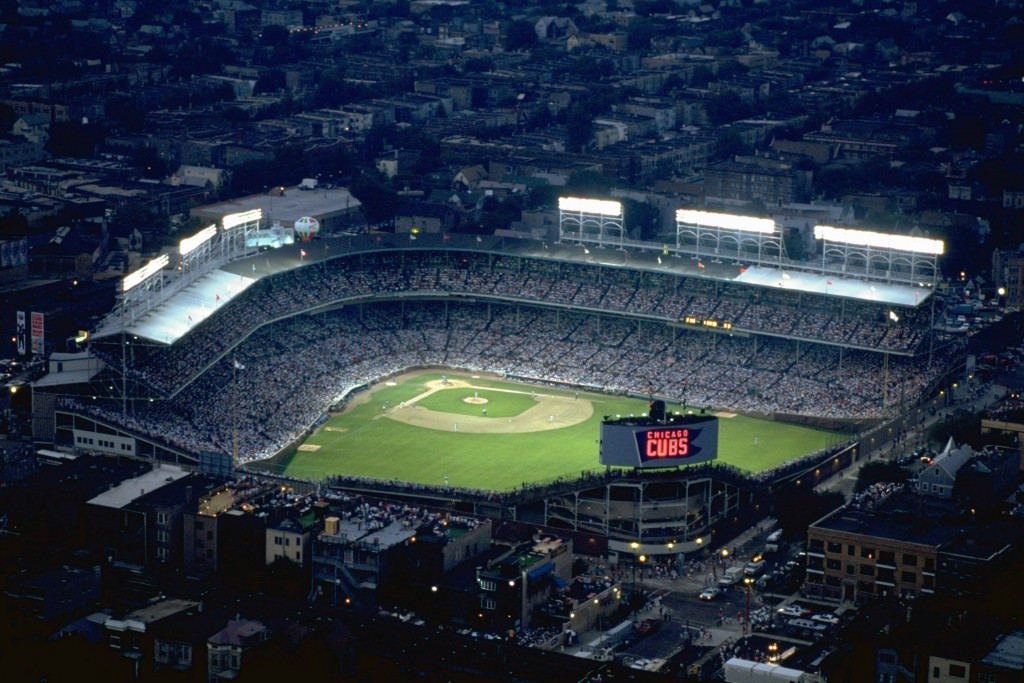 Aerial view of Wrigley Field from a blimp during an August 8, 1988 game between the Chicago Cubs and the Philadelphia Phillies. It was the first night game in Wrigley Field history. Photo by Modra /Sports Illustrated/Getty Images 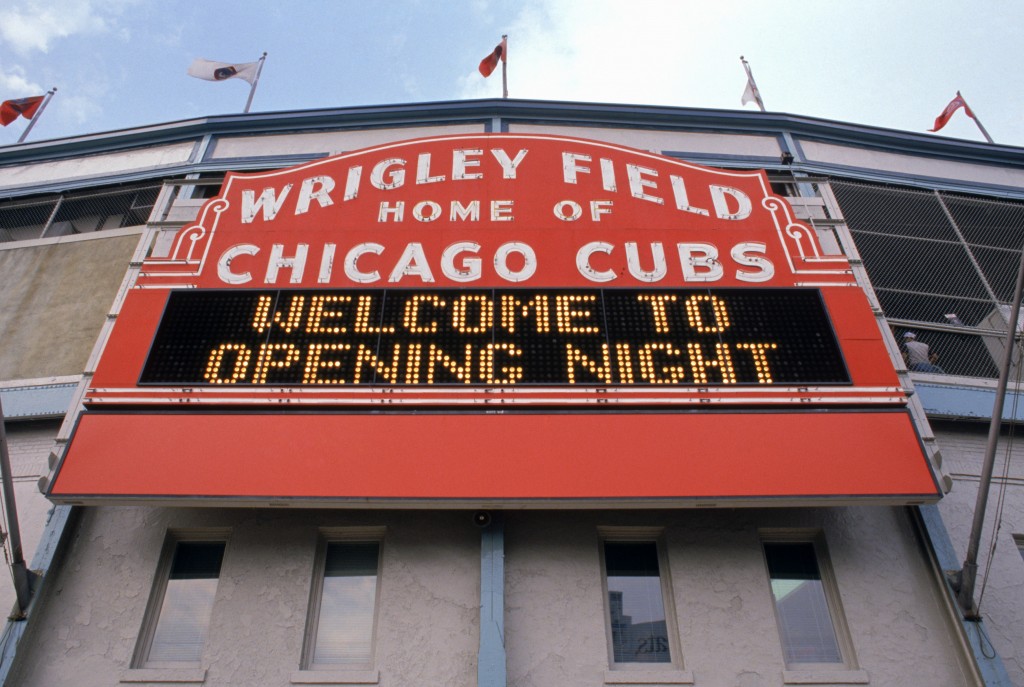 Exterior view of Wrigley Field’s marquee welcoming fans for the home opening game between the Chicago Cubs and the Philadelphia Phillies at Wrigley Field on April 4, 1989 in Chicago, Illinois. The Cubs won 5-4. Photo by Jonathan Daniel/Getty Images 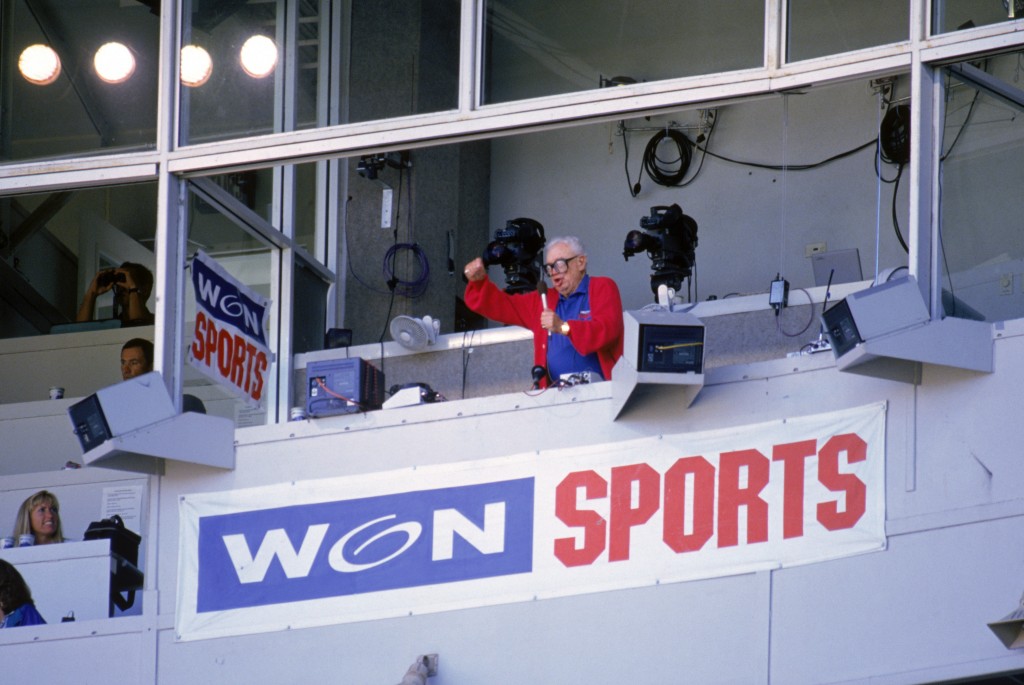 Chicago Cubs baseball announcer and Baseball Hall of Fame inductee Harry Caray conducts fans singing “Take Me Out to the Ball Game” from his television booth during the seventh inning stretch in a game against the Colorado Rockies at Wrigley Field on August 2, 1996. Photo by Jonathan Daniel/Getty Images 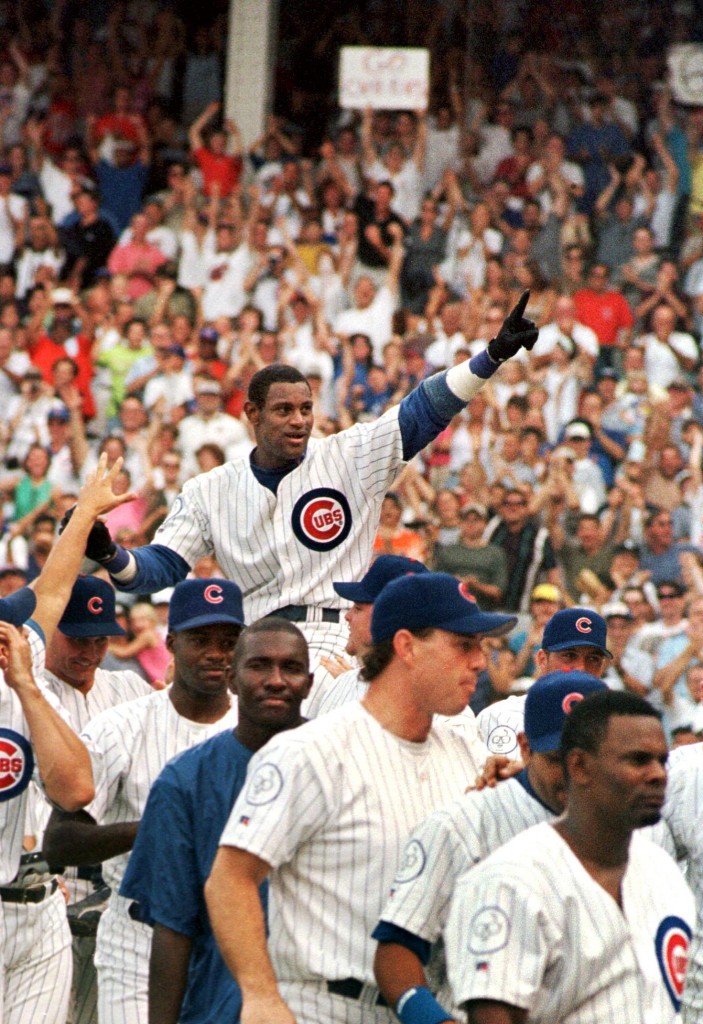 Sammy Sosa is carried off the field on his teammates’ shoulders after hitting his 61st and 62nd home runs of the year in a Cubs 11-10 victory over the Milwaukee Brewers 13 September at Wrigley Field in Chicago, IL. Sosa, alongside the St. Louis Cardinal’s Mark McGwire, broke Roger Maris’s 1961 Major League Baseball home run record. Photo credit should read JOHN ZICH/AFP/Getty Images 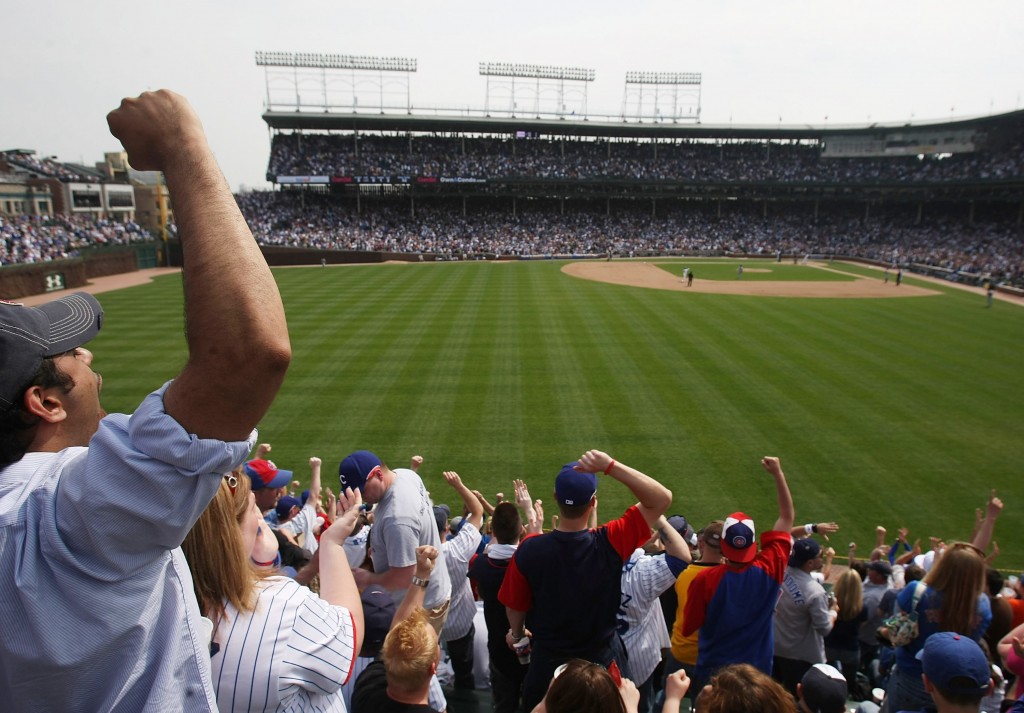 Fans in the left field bleachers of Wrigley Field cheer as the Chicago Cubs score runs in the 4th inning against the New York Mets on April 22, 2008. Photo by Jonathan Daniel/Getty Images 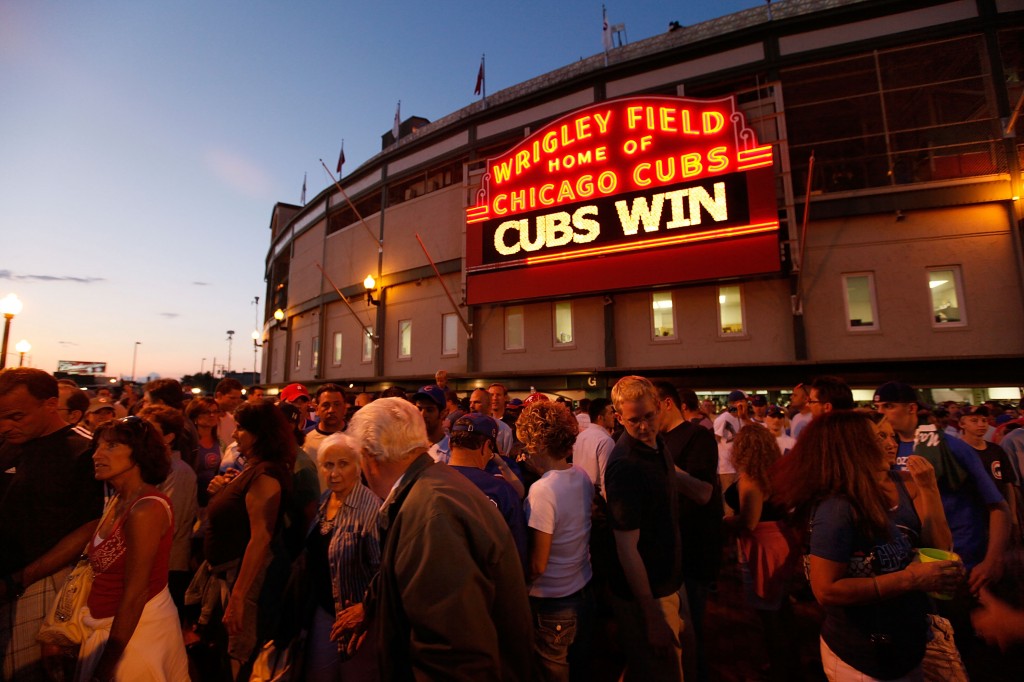 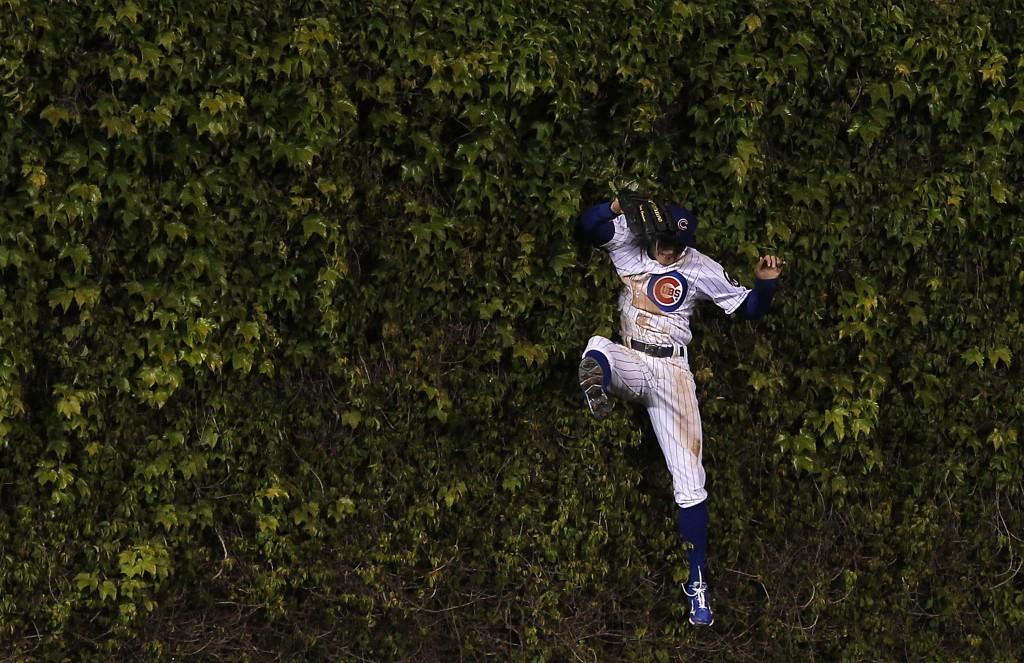 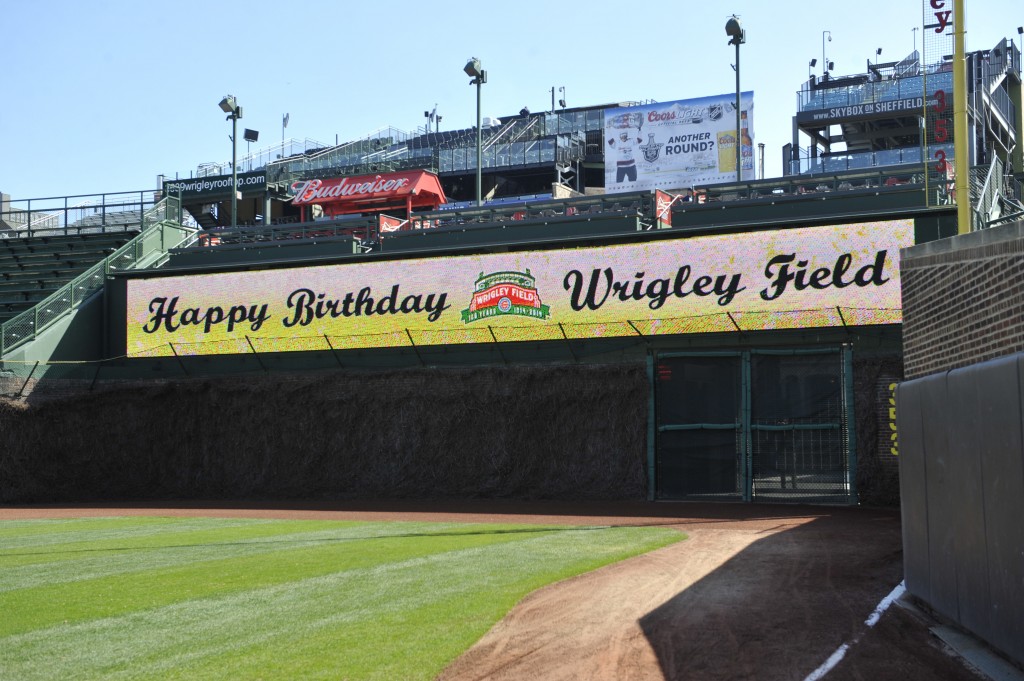 Wrigley Field marks the 100th anniversary of the first game ever played in the historic venue. Photo by David Banks/Getty Images