UPDATE: Child labor in decline, but will not meet 2016 goal 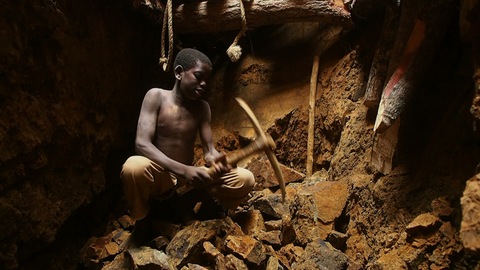 A child works in a gold mine in Burkina Faso.

Crackdowns by corporations and activists against child labor have reduced the number of working children by 78 million since 2000, according to an International Labour Organization report Monday. ILO estimates that 168 million children still work worldwide. The practice saw an accelerated decline in the last four years, and mostly for younger children. However, the ILO claims the decline is not enough to meet the goal of eliminating the worst forms of child labor by 2016.

“We are moving in the right direction, but progress is still too slow. If we are serious about ending the scourge of child labour in the foreseeable future, then we need a substantial stepping-up of efforts at all levels. There are 168 million good reasons to do so,” ILO Director-General Guy Ryder said.

According to the report, the rate of child laborers has declined due to government policies, investments in education and social protection. However, more than 16 percent of the entire child population is employed. Nearly 11 percent are laborers and more than 5 percent are involved with hazardous work. 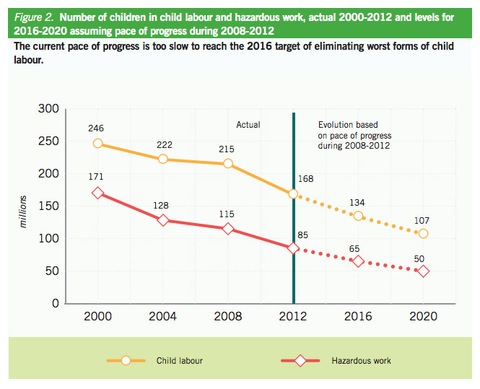