Angry U.S. researchers plan to boycott a NASA conference after learning Chinese scientists will be barred from attending, according to the Guardian. 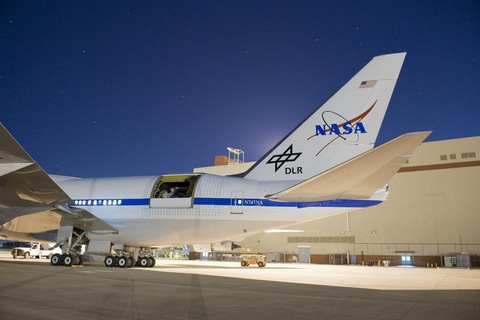 Credit:NASA on the Commons/Flickr

The meeting is scheduled to take place at the agency’s Ames Research Center in California this November.

According to legislation passed earlier this year, government funds cannot be used to host Chinese nationals at NASA facilities.

None of the funds made available by this
Act may be used for the National Aeronautics and Space
Administration (NASA) or the Office of Science and Technology
Policy (OSTP) to develop, design, plan, promulgate,
implement, or execute a bilateral policy, program, order,
or contract of any kind to participate, collaborate, or co-
ordinate bilaterally in any way with China or any Chinese-
owned company unless such activities are specifically authorized
by a law enacted after the date of enactment of
this Act.
(b) The limitation in subsection (a) shall also apply
to any funds used to effectuate the hosting of official Chinese
visitors at facilities belonging to or utilized by NASA.

Geoff Marcy, an astronomy professor at the University of California at Berkeley, told the Guardian: “It is completely unethical for the United States of America to exclude certain countries from pure science research.”

Marcy has said he will not attend the conference.

Co-organizer of the conference Alan Boss added: “This is not science, it’s politics unfortunately.”