Holiday snowstorms ensured that the Northeast, Midwest and Pacific Northwest didn’t have to dream of a white Christmas.

Parts of New England woke up on Christmas morning to heavy snow, with a blizzard warning issued for parts of Maine and New Hampshire. The storm caused travel delays, and high winds knocked out power for about 20,000 people in Massachusetts, according to the Boston Globe. The Weather Channel reported that thundersnow could be heard from the Ohio Valley and across New England.

Mountain states like Colorado, Montana and Wyoming piled up more than a foot of powder in some areas, an early Christmas gift for skiiers. Chicago got about two inches of snow as the storm swept from Nebraska through Iowa, reported the Associated Press — a fairly piddling amount for the normally snowy Midwestern city.

But no one got more than the Pennsylvania city of Erie: a total of 53 inches in 30 hours, starting Christmas Eve night. The huge precipitation dump smashed state records. The Washington Post reported that in two days, Erie got more snow over a two-week period than ever before recorded. Fifty-three inches is close to half the average accumulation that snowbelt Erie gets in an entire winter (again, in just two days).

It was even noticeably snowy in Washington state and Oregon on Christmas Day, a rarity that’s only occured a handful of times since the 1880s, according to the National Weather Service.

Another wintery blast has followed on the heels of the snow. A high-pressure system from Canada is bringing way-colder-than-average air to more than half of the country in the final days of 2017, reports the Washington Post. 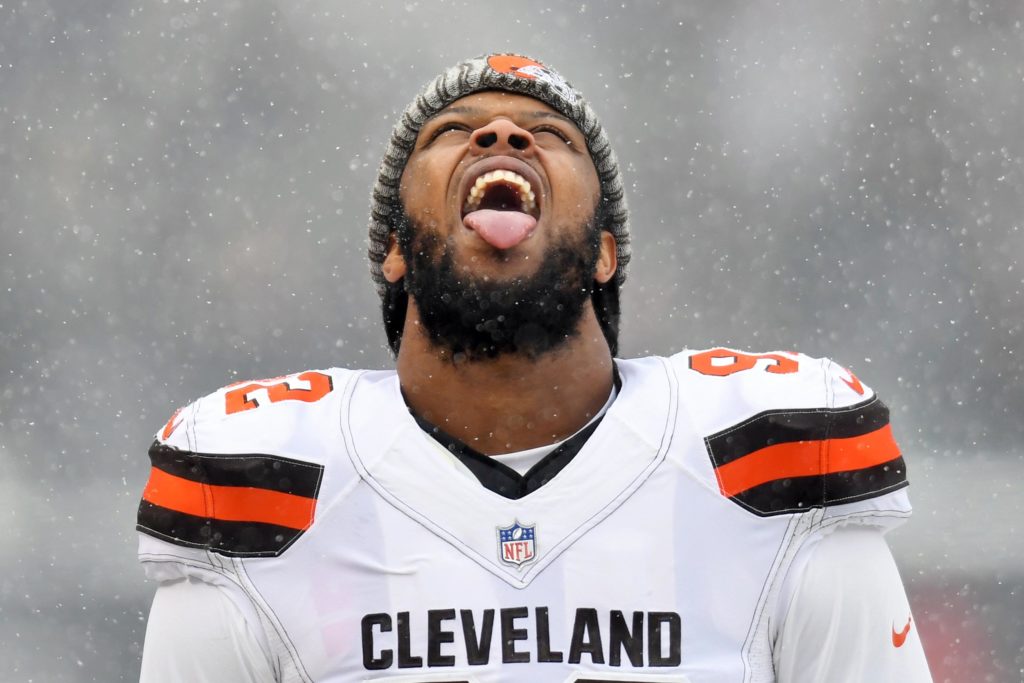 Cleveland Browns defensive end Lavar Edwards catches snowflakes with his tongue prior to a game against the Chicago Bears at Soldier Field. Photo by Patrick Gorski/USA TODAY

Left: Christmas Day brought an early snowstorm that created whiteout conditions for a time in the Boston area and made a pretty canvas of the Boston Common. Photo by Dina Rudick/Globe Staff