The Cleveland Indians will stop using the Chief Wahoo logo on their uniforms next year, yielding to years of pressure from Native American groups and Major League Baseball.

The smiling red-faced logo — which has for years been criticized as racist by the Native American community and others — will be removed from the team’s jersey sleeves and caps starting in the 2019 season, the MLB announced Monday.

The MLB said the decision was made mutually by the team and the league.

There have been calls for the team to change its logo for years.

“Over the past year, we encouraged dialogue with the Indians organization about the club’s use of the Chief Wahoo logo,” MLB Commissioner Rob Manfred said in a statement. “During our constructive conversations, [Indians owner] Paul Dolan made clear that there are fans who have a long-standing attachment to the logo and its place in the history of the team. … Nonetheless, the club ultimately agreed with my position that the logo is no longer appropriate for on-field use in Major League Baseball,” he said.

The MLB and the Indians began conversations about the future of Chief Wahoo in 2016, the year the team made it to the World Series and the debate over the logo was put on the national stage.

But there have been calls for a change in logo for many years before that, competing with calls from fans who treasure the logo as part of the team’s history. The team has been distancing itself from the logo since at least 2013, when the club replaced Chief Wahoo with the letter “C” on some of their caps. They also removed signs with the logo in and around their ballpark.

The logo’s origin is disputed, but it’s believed that the illustration first appeared on the Plain Dealer newspaper, which printed cartoons of a Native American to help illustrate the outcome of Indians’ games. The team says Chief Wahoo was created in the late 1940s by Walter Goldbach, and has been used in various forms until the team shifted to the “C” logo in 2013. Goldbach died in December.

Cleveland.com reporter Paul Hoynes writes that when the league decided that Cleveland would host the 2019 All-Star Game, “it seemed unlikely that any Cleveland player participating in the Midsummer Classic would be wearing Chief Wahoo on his uniform.”

The team denied accusations that the MLB forced the change so it could host the All-Star game, saying, “our submission for the All-Star Game occurred years in advance of this topic becoming a heated national focus during our postseason run in 2016. The decision was made for us to host the All-Star Game based on our proposal and ability as an organization and community to create a first-class Midsummer Classic in celebration of Major League Baseball.”

The debate over Native American-inspired logos and mascots in sports has been a hot-button topic for years. A number of colleges and universities have changed their names and logos in recent years. Like the Indians, the Atlanta Braves and the Washington Redskins have faced criticism for their continued use of their respective names and mascots. Neither of those teams responded to PBS NewsHour’s request for comment on Cleveland’s decision.

The decision received some praise, but it was also met with criticism and skepticism. 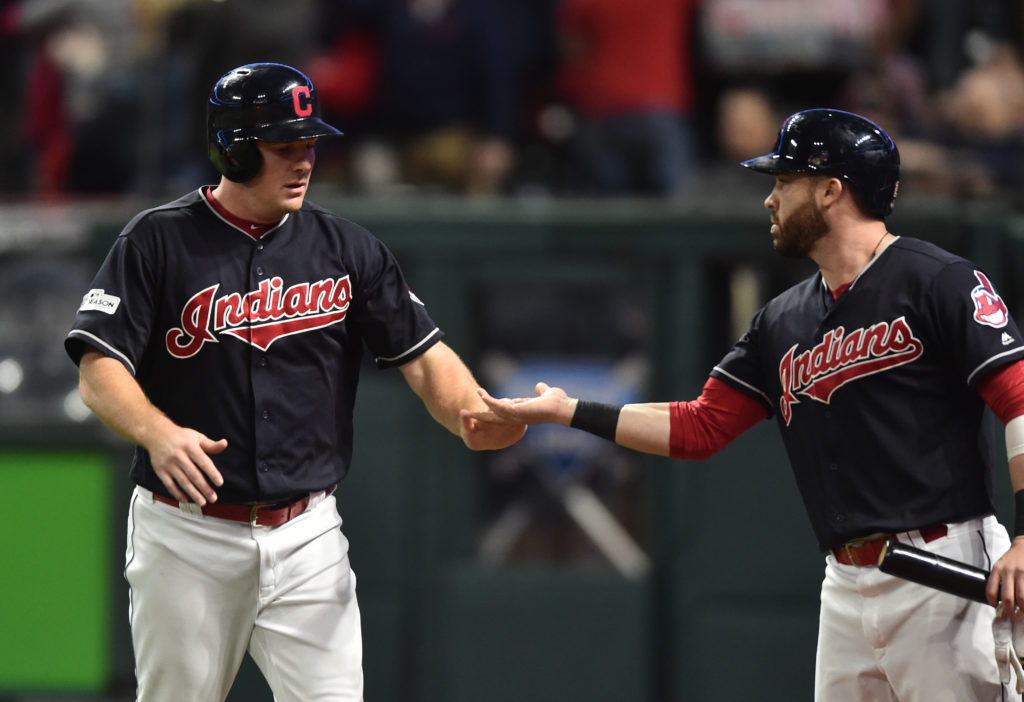 In a statement, National Congress of American Indians President Jefferson Keelt said today’s announcement was a turning point for the “harmful legacy” of such mascots. “These mascots reduce all Native people into a single outdated stereotype that harms the way Native people, especially youth, view themselves,” Keelt said. “Today’s news is a big step in the right direction, but much work remains, and NCAI will press on with this struggle until every single one of these harmful mascots is gone from the sports landscape.”

Similarly, Sundance, the executive director of the the Cleveland American Indian Movement, an organization that promotes the rights and culture of indigenous people, said the announcement was a step in the right direction, but it was a “small” step. He worried that fans of the logo will double down and continue to defend it by buying and wearing more gear that features Chief Wahoo.

“These mascots reduce all Native people into a single outdated stereotype that harms the way Native people, especially youth, view themselves.”

Officials said merchandise with the logo will still be sold in parts of Ohio and Arizona so that the team keeps ownership of the trademark and ensures no other group uses it. Fans will also still be allowed to wear gear with the logo during games.

Cleveland said the team may consider a new logo in the future, but it will use the “C” logo for now. The club has no plans to change the team’s name, however. Cleveland’s team has been known as the Indians since 1915, when the club asked local sports writers to pick a new name. The team says the writers chose “Indians” in honor of Louis Sockalexis, the National League’s first known Native American player who played for Cleveland in the 1890s.

Sundance disputed that story. He said writers were trying to ride the wave of success the Boston Braves achieved after winning the 1914 World Series with Native American imagery.

Sundance said the Cleveland American Indian Movement will continue to protest the team until its name is finally changed. Several other fans and team-watchers echoed that goal, too.

“Change it all, @Indians. The name, the logo, all of it. Relinquish your trademarks, and bury one of the most conspicuously racist images in sports. I am glad that I won’t have to see a red Sambo on my hometown team’s uniforms, but this here is piecemeal,” Cleveland-born columnist Jamil Smith tweeted.

Left: The Cleveland Indians' Chief Wahoo logo will be removed from uniforms starting in 2019. Photo by Jason Miller/Getty Images