We need to talk about racism on college campuses

Following the release of a video showing the members of University of Oklahoma’s Sigma Alpha Epsilon chanting racist slurs, the conversation of racism on college campuses has been refreshed.

The video was a demonstration of blatant racism many believed no longer existed among a younger generation. While some reacted with shock — the university’s president David Boren quickly condemned the students, saying he was so sick he couldn’t eat after seeing the video — not everyone was so surprised, including those in the college community.

To roundup the unique views of students around the country, NewsHour talked to six college newspaper editors about how students are reacting and contributing to the conversation the video has sparked. Here’s what they had to say:

What kind of conversations are students having in response to the SAE video? 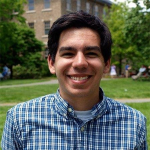 Tyler Alicea, Editor in Chief of The Cornell Sun

“I think that, both at Cornell and at college campuses across the United States, you’re sort of seeing more awareness of issues with systemic racism and how that can play into the justice system. I think the incident with SAE is especially interesting to Cornell students, because in 2011, the SAE fraternity was found responsible for the hazing death of George Desdunes, a student at Cornell. It’s definitely interesting to see SAE in the news again. For Cornell students, it resonates, especially for those who were very familiar with hazing situations that go on.”
– Tyler Alicea, Editor in Chief of The Cornell Sun at Cornell University 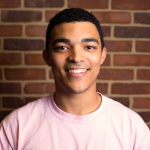 Tyler Bishop, Editor in Chief of The Vanderbilt Hustler

“The main responses I’ve heard are, this video’s completely unacceptable, the university and SAE did the right thing in immediately taking action against those who were seen in the video and those who participated. This is a very explicit example of racism, but what we see more on a day-to-day basis are more hidden forms of racism, whether it just be divides that you see in the campus community, whether it be microaggressions, like people saying things they might not realize may be offensive to somebody of a different background, small things like that are the more common forms of the lingering prejudice I think are present in our community. I think there have been a lot of conversations about, yeah, we can take this example of OU SAE chanting those things and say racism is alive and well, but the more important thing we need to address and understand are less explicit, more problematic and pervasive, examples of prejudice lingering around.
– Tyler Bishop, Editor in Chief at The Vanderbilt Hustler at Vanderbilt University 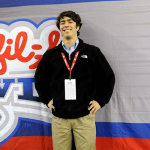 Chandler Rome, Editor in Chief of The Daily Reveille

“When I talk to Greek students they don’t want to think that this could happen on our campus when I think in reality it could happen on any college campus. I don’t think anyone was overly shocked. With the advent of social media, how that’s come through, I don’t think that anyone was surprised that a video came out of something that was supposed to be private. Students have also said that the punishment that was handed down was well deserved.”
– Chandler Rome, Editor in Chief of The Daily Reveille at Louisiana State University

Were students surprised when they saw this video? 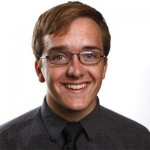 Jonathan Hettinger, Editor in Chief of The Daily Illini

“The professors actually seemed the most surprised by it, but the students I talked to were mostly like, ‘Yeah, that makes sense.’ Especially at U of I where the Greek system is so big. The Greek life is kind of segregated.”
– Jonathan Hettinger, Editor in Chief at The Daily Illini at University of Illinois at Urbana-Champaign

“Absolutely not. I know people who have personal prejudices and I know that racism is alive and well in my generation. So to see the video was not a shock. I think I was more shocked frankly that somebody let the videos out. I think what’s encouraging to me is the overwhelming response that the video got and the support for the action that was taken against the perpetrators. I think that was encouraging because it brings back up the conversation that’s absolutely necessary for us to continue to have. Whatever sparks that conversation is something that needs to happen. Was I shocked by the video, no, was glad that it happened, no. But am I glad that there are conversations coming from it? Absolutely.”
– Tyler Bishop, Editor and Chief at The Vanderbilt Hustler at Vanderbilt University 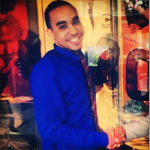 “One guy we talked to said, ‘I wasn’t surprised. Those institutions were founded on racism so it’s not surprising they were doing racist chants. I feel like you can’t be surprised and you can’t expect people to change their culture to accommodate you.’ We had a couple people saying that they weren’t surprised … That’s why we had all the articles to enlighten them so they can see that they shouldn’t be surprised.”
– Khari Arnold, Senior Copy Chief at The Hilltop at Howard University 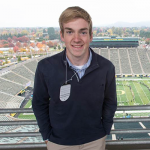 Andrew Erickson, Editor in Chief of The Daily Bruin at UCLA

“Yeah, it’s shocking. The speech is horrifying to see that come out of a college community. These are college students saying this about fellow college students. That’s obviously something you’d never like to see. I don’t know if I was surprised, it’s just shocking when you first see it.”
– Andrew Erickson, Editor in Chief at The Daily Bruin at UCLA

How is Greek life responding?

“I talked to the Vice President of the Howard chapter of Omega Psi Phi and he said he was shocked, but then he started doing research and became more aware of their founding and history in Alabama. He was telling me how he grew up in Alabama, how he had racial encounters in Alabama growing up but he said, it just made him thankful that he was part of an all-black Greek organization … You really realize the purpose of these organization because they were founded and built so that blacks could have a place in fraternities.”
– Khari Arnold, Senior Copy Chief at The Hilltop at Howard University

“Specifically this year, all of the fraternity presidents came together and wrote what’s called the ‘Inclusivity Agreement,’ which essentially states that going forward every chapter will make an active effort to be more inclusive of racial minorities, those from lower socioeconomic backgrounds and those from all sexual orientations. In doing so, they publicly acknowledged that fraternities in the past have been problematic for those communities, and they’re actively trying to change it. And I think there’s been a lot of buy in. It’s been really great, particularly among campus leaders, and what I think going forward, what needs to happen is, an engagement of this agreement, an engagement of these issues on levels that aren’t necessarily at the top. Everyday conversations, everyday students understanding why this is necessary if we’re going to create a community that’s truly inclusive to everyone.”
– Tyler Bishop, Editor and Chief at The Vanderbilt Hustler at Vanderbilt University

Why did your publication decide to cover this story?

“When I woke up Monday morning and saw the headlines, I couldn’t get over the feeling that I had. In the past, I’ve encountered racial prejudice and discrimination and just to see such a clear example of it in the headlines and in the community that frankly I’m a part of at a different school, there were just so many aspects that hit home with me. I felt that I was in a place where I could address it from a personal standpoint, and that’s kind of what led me to sit down and write out my thoughts in the form of an op-ed.”
– Tyler Bishop, Editor and Chief at The Vanderbilt Hustler at Vanderbilt University

How did your publication cover this story?

“We got together, I hit them up the night the video went out saying, ‘We really should get this in the paper.’ We had about four or five different articles, we had a speak-out article where we talked to students all across our campus, getting their opinions on the video and their reactions. Then we had another piece that talked to fraternity members at Howard and their reaction. A lot of them spoke on how important it was to join a black fraternity for reasons as such in Oklahoma.”
– Khari Arnold, Senior Copy Chief at The Hilltop at Howard University

“The way we originally set out to cover it was we wanted to do a story on the numbers that LSU has in Greek life as far as diversity. We also had some opinion columns, I actually wrote one, I am Greek and I felt like this was something that need to be said from a fellow Greek. It was not a surprise to us when we went to do the story and we learned that the LSU Greek Life Office does not keep records of race and diversity within its members.”
– Chandler Rome, Editor in Chief of The Daily Reveille at Louisiana State University

Left: Students at Vanderbilt University held a protest against police brutality in December. Tyler Bishop, editor of the student paper there, says that students need to understand pervasive examples of prejudice that still linger among younger generations. Photo by Blake Dover/The Vanderbilt Hustler