Column: 5 tips on how to stretch your donation dollars

Many Americans want to help the people suffering from Hurricane Harvey and its unprecedented floods.

There’s no shortage of media reports listing which groups are taking donations, often with scant guidance about what kinds of relief these organizations can offer.

Having researched giving in the wake of disasters and taught students how to be effective philanthropists, I’ve learned that it’s hard to make good decisions regarding donations – especially when there are many urgent needs and countless ways to spend charitable dollars. Here are some best practices you may want to consider before you contribute.

Give money, not goods

The ideal way to show your compassion is to donate money to a charity that you respect, rather than shipping cartons of diapers and cases of canned chili.

It’s easy to think of disasters in personal terms: “What if it were me or my family?” and picture what you’d need if you suddenly became homeless: clothes, food or toys. But goods given during emergencies often go to waste. These donations can even do more harm than good when they interfere with disaster response efforts.

Besides, you aren’t likely to know what people on the (drenched) ground need.

Donate to organizations operating on the scene

But where should you send that money? It’s generally a good idea to support groups operating in the midst of the disaster. They can give money and other aid to the people who need it directly.

But first, do your homework to learn about an organization’s past performance. Established organizations are usually your best bet because they are the most apt to have staff, experience, infrastructure and roots in affected communities. National organizations like the Red Cross and the Salvation Army have long track records in disaster response.

Every disaster raises questions about established organizations’ relief efforts, such as how the Red Cross spent funds donated after Superstorm Sandy on public relations stunts and other activities not directly tied to relief efforts, and the Salvation Army’s decision to hold back relief after that same disaster to spend later on in the recovery process. When you give, it’s important to keep that history in mind. 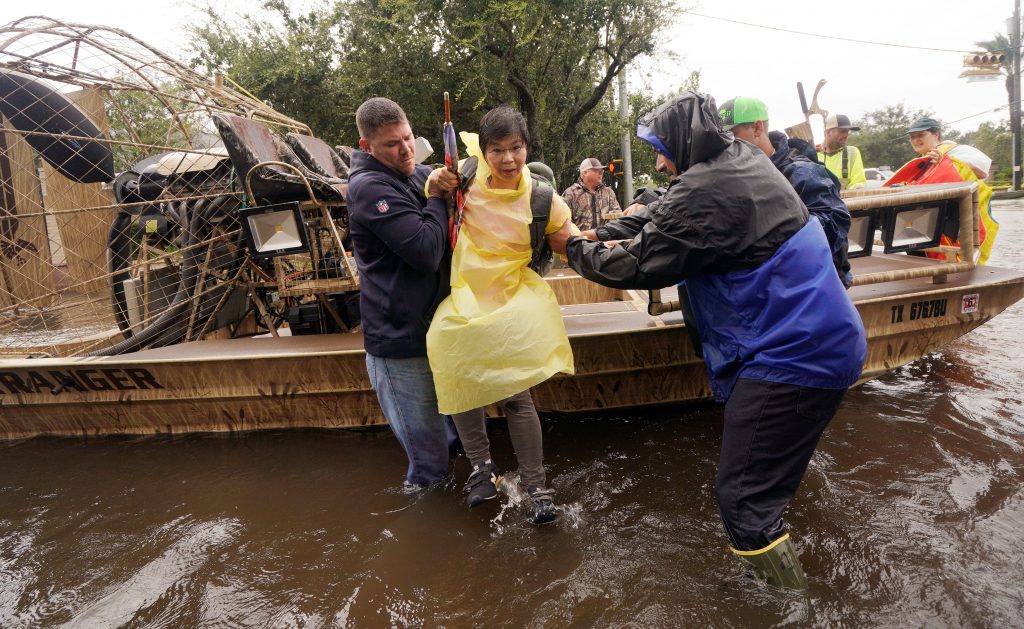 A woman is evacuated by airboat from the Hurricane Harvey floodwaters in Houston on Aug. 29. Photo by Rick Wilking/Reuters

If you prefer to give locally, support groups firmly rooted in the affected area. In Harvey’s aftermath, that might mean the United Way of Greater Houston and the Greater Houston Community Foundation, which both have established relief funds and a long history of service to the local community.

You can screen organizations using tools like Charity Navigator, which rates nonprofits based on several performance metrics. It has compiled a list of highly rated Texas groups involved in relief efforts. Guidestar is another useful resource. While it does not rate charities, it provides basic financial data about them and allows nonprofits to upload information about their programs and results that you can use to help make your giving decisions. Guidestar also offers guidelines about giving during disasters and a list of groups active in the relief effort.

Sometimes new groups sprout up to respond to catastrophes like the ones now unfolding in Texas that seem tailor-made for supporting people in distress but have some shortcomings.

When I studied the philanthropic response after the 9/11 attacks, I found that more than 250 new organizations emerged to meet the needs of people affected by that disaster. New organizations can play important roles, particularly those connected to marginalized groups, like immigrants, who may not trust established institutions. That was the case with the Windows of Hope Family Relief Fund, an organization I advised after 9/11.

But it can take time for new groups to get up and running, and in the meantime there’s no track record for donors to check out. While most new organizations are led by people moved to make a difference, some are opportunists committing fraud, like the founders of the Hurricane Sandy Relief Foundation. Fundraising services like the GoFundMe campaigns established to help Harvey victims pose the same risks if they are not tied to established organizations.

If you itemize your taxes and plan to deduct your contribution, note that you can do so only if the IRS has certified the organization’s nonprofit status. Most contributions to new nonprofits and GoFundMe campaigns aren’t tax-deductible. But gifts to the Hurricane Harvey Relief Fund, which the city of Houston has already established, are. 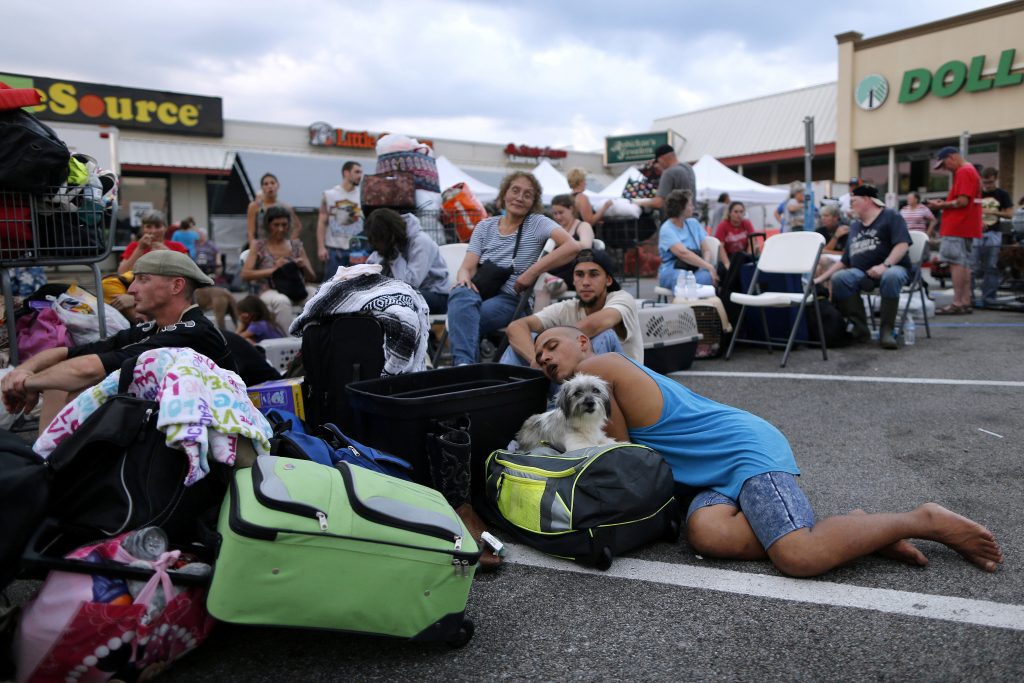 Evacuees who were rescued from the flood waters of Tropical Storm Harvey wait to board school buses bound for Louisiana in Vidor, Texas, on Aug. 31. Photo by Jonathan Bachman/Reuters

Photos and video clips of streets transformed into rivers, stranding residents, can create an urge to make a difference immediately. But, as recent disasters like Superstorm Sandy and Hurricane Katrina showed, the needs are sure to mount. That’s why more than one in four of organizations created after 9/11 was still providing relief five years later.

Be mindful that people in Houston, Rockport and other afflicted areas in Texas, and possibly Louisiana, will need our money long after Harvey stops making headlines. Your donation may matter six months or even years from now as much as it does today. Nonetheless, donation forms may offer you the option to indicate how you want your contribution used – including having it spent right away if you feel strongly about it.

Maximize the speed and size of your gift

Many nonprofits are encouraging people to donate by sending texts, an approach that may seem like the fastest way to give.

But wireless companies tend to wait until you officially cover the donation’s cost – by paying your bill – before passing that money along to the charity. That can delay payments by weeks or even months.

If getting your money to Houston or another community fast is your top concern, make online donations with a credit card or a debit card. Even “a check in the mail” would transmit funds faster than texting, says Brian Mittendorf, who teaches accounting at the Ohio State University Fisher College of Business.

Mittendorf also cautions that giving through crowdfunding can mean that intermediaries skim fees that might otherwise go to disaster relief or another cause you support. Credit card companies also usually collect transaction fees.

In short, being an informed donor is the best way you can start to make a difference for the people who have lost their homes, cars and more.