Column: Why Facebook and other social media may fuel new mothers’ insecurity

You haven’t showered in a few days, and you haven’t brushed your teeth yet this morning.

But, your baby is one month old today! You picked out the perfect outfit and made sure the lighting was just right for the perfect photo. You posted the best one on Facebook this morning, and you keep checking to see if anyone has “liked” the picture.

But, after scrolling through the “likes” and comments, you notice that your mother-in-law, who is always online, hasn’t responded to the picture of her darling grandbaby yet.

Why not? What gives? Perhaps she didn’t see it yet…or maybe she doesn’t like the baby’s outfit. Maybe she thinks you’re not a good mother.

And what about that friend of yours from high school? You always “like” and comment on the photos of her kids…why hasn’t she acknowledged your baby’s photo? Perhaps you aren’t such a good mother after all.

To some, this scenario might sound ridiculous, but it is a real and frequent consequence of being a new mother and sharing on Facebook.

So, when one of my graduate students approached me about creating and including a survey about new parents’ social networking in my latest parenting study, the New Parents Project, I jumped at the chance. I was interested in how often new parents used social networking sites, why some used them more than others, and what the impact might be on new parents’ mental health. Here are some things we found.

I found myself increasingly focused on capturing the perfect images of my daughter’s accomplishments and adventures and anxiously awaiting the stream of likes and comments that would give me the boost I needed as I struggled to manage parenting a toddler while working full-time.

Why would a busy and exhausted new mother use valuable time to craft the perfect baby photo for Facebook? Moreover, why should she care so much about how these “friends” – some of whom are family and close friends, but many of whom are mere acquaintances – respond to photos of her baby?

To connect. Being a new mother can be lonely and overwhelming.

When I joined Facebook in 2008, my daughter was past the baby stage, but I noticed immediately that Facebook was littered with photos and posts about babies and young children.

I was by no means the first or the only person to recognize this phenomenon. Parent “overshare” on Facebook prompted the launch of the “STFU, parents” humor site in 2009.

I also joined right in. I found myself increasingly focused on capturing the perfect images of my daughter’s accomplishments and adventures and anxiously awaiting the stream of likes and comments that would give me the boost I needed as I struggled to manage parenting a toddler while working full-time.

When pride becomes a downer

Our study looked at new parents’ use of Facebook. It followed 182 dual-earner couples who were expecting their first child across the year surrounding their transition to parenthood.

When their babies were nine months old, we surveyed these mothers and fathers about their use of Facebook and other social networking sites in the early months of parenthood. 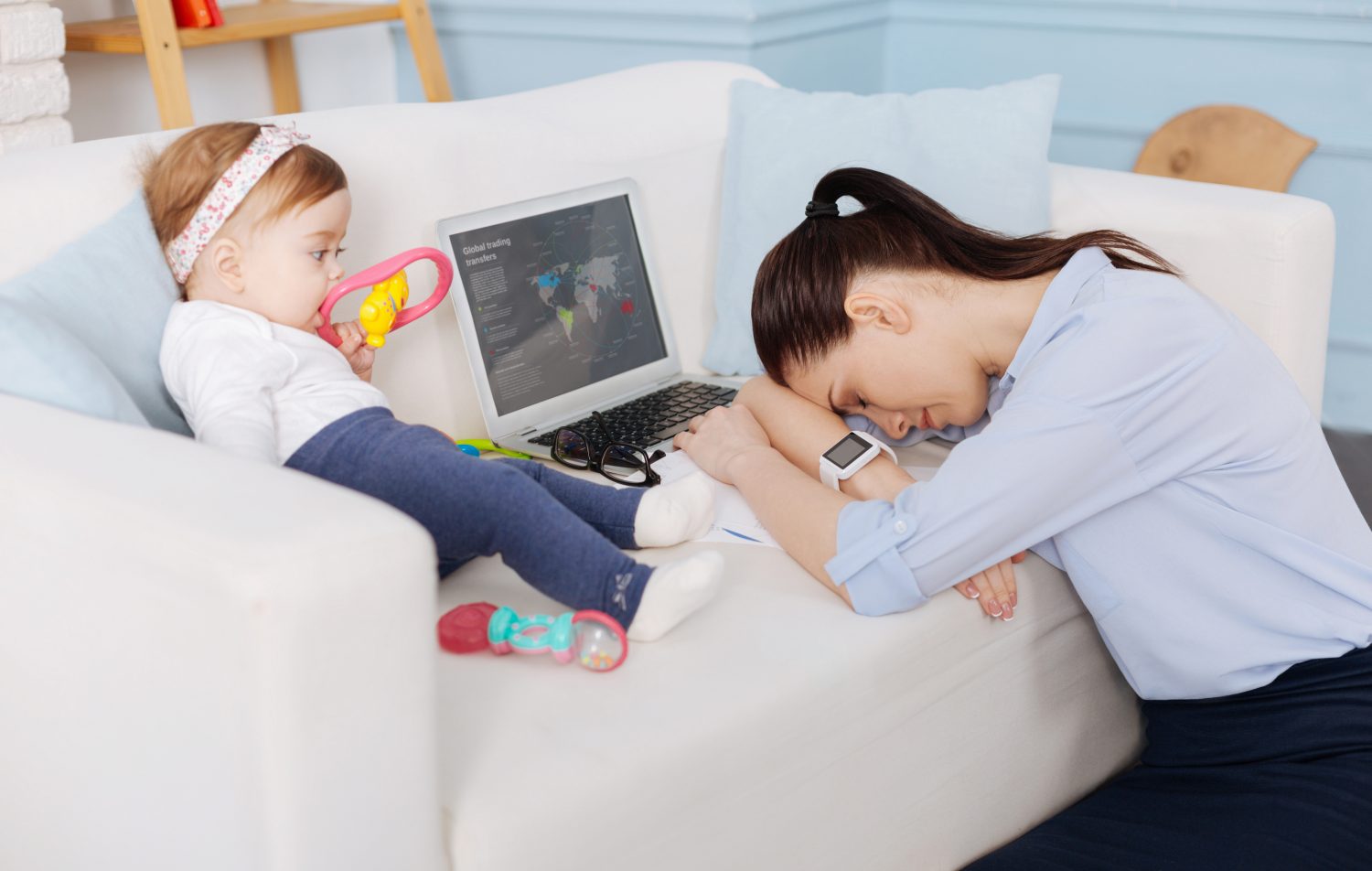 “If you are comparing yourself to others’ seemingly perfect images of parenting and family life, you may inevitably come up short.” Photo by iacheslav Iakobchuk/via Adobe

We asked our questions of fathers as well as of mothers, but we quickly discovered that mothers were the ones spending more time on social networking sites and taking primary responsibility for posting baby photos. Thus, we focused our research on new mothers.

One of the first things we discovered was that certain mothers – specifically, those who were more concerned with others validating their identities as mothers and those who believed that others expect them to be perfect parents – were more active on Facebook. They reported stronger emotional reactions when posted photos of their child received more or fewer likes and comments than anticipated.

We then tested whether Facebook use was associated with elevated depressive symptoms in the first months of parenthood. Indeed, we found that mothers who were more prone to seek external validation for their mothering identity and were perfectionistic about parenting experienced increases in depressive symptoms indirectly through higher levels of Facebook activity. Moreover, greater Facebook activity was also linked to elevated parenting stress for new mothers.

People tend to portray themselves in a highly positive manner on social networking sites. This may be particularly true for mothers, who can feel pressured to be perfect parents.

A related study may provide an answer. Based on survey data from 721 mothers, Sarah Coyne from Brigham Young University and her colleagues reported that mothers who more frequently compared themselves to others on social networking sites felt more depressed, more overloaded in the parental role, and less competent as parents.

The authors noted that people tend to portray themselves in a highly positive manner on social networking sites. This may be particularly true for mothers, who can feel pressured to be perfect parents.

If you are comparing yourself to others’ seemingly perfect images of parenting and family life, you may inevitably come up short. This may be especially true for new mothers whose experiences have gone differently than expected. Think about the new mother who was determined to have a natural birth but ended up having a cesarean section, or the new mother whose child was born premature or with a developmental disability.

Thus, it may not merely be time spent on social networking sites, but rather how mothers spend their time on these sites and whether mothers compare themselves to others that may ultimately affect mothers’ adjustment to parenthood and well-being.

So, should mothers give up Facebook and other social networking sites? Not necessarily.

Even though my research and that of others has highlighted the perils of social networking sites, other studies have shown that social networking can benefit mothers through maintaining and strengthening relationships with family and friends. And, my own work found that mothers for whom a greater proportion of Facebook “friends” are family members or relatives experience greater parenting satisfaction. 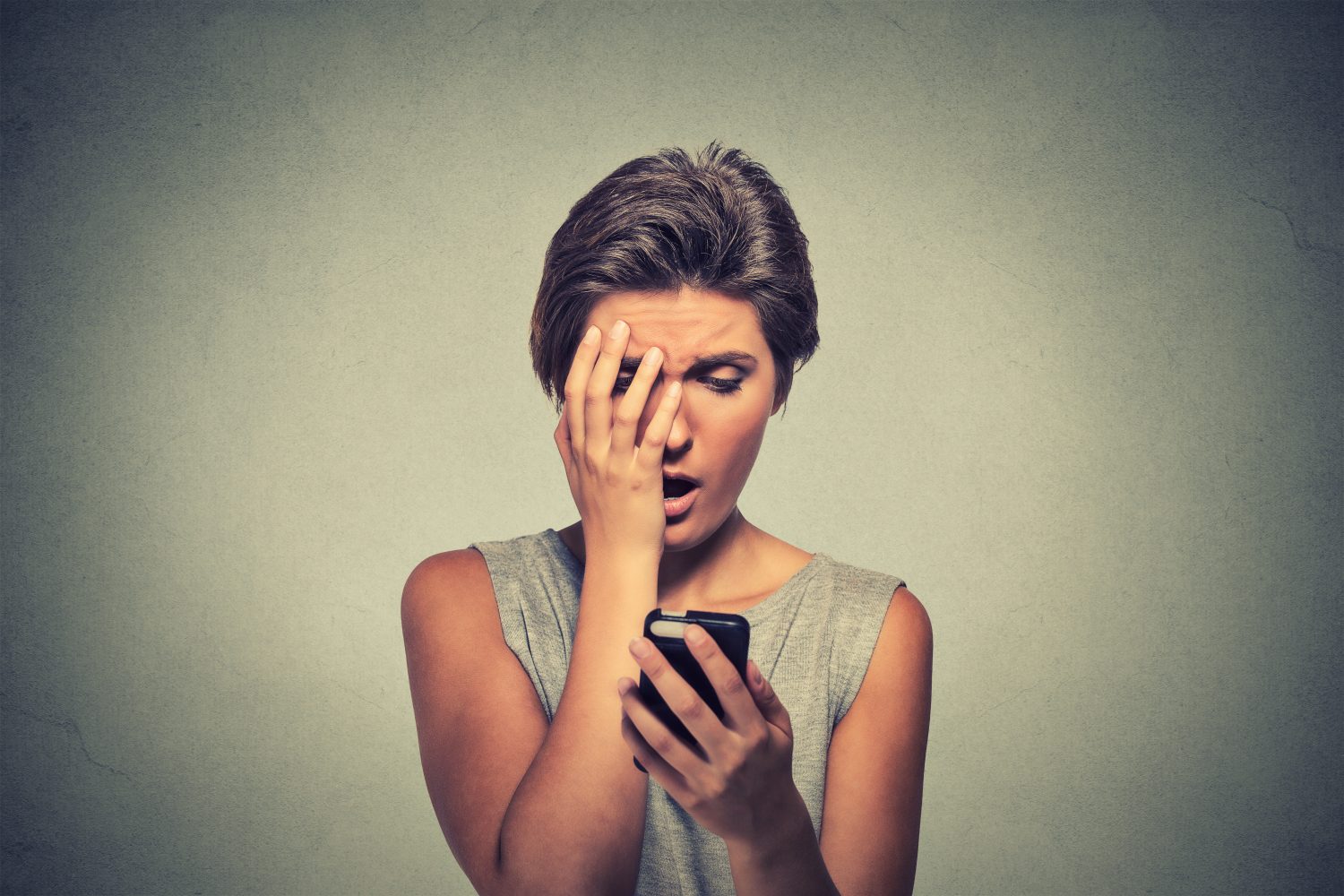 “So, should mothers give up Facebook and other social networking sites? Not necessarily.” Photo by via Adobe

However, I think mothers should carefully consider their motivations for using Facebook and their reactions to Facebook activity. If you find you are obsessing over “likes” on your photos, consider turning off notifications on Facebook and logging on only at certain times of the day.

Or, if time spent on Facebook leaves you feeling blue, you may benefit from taking a “break” from Facebook for weeks or months and instead focus on making phone calls to long-distance friends and meeting local ones face-to-face for coffee.

All parents who use Facebook and other social networking sites can help too by working harder to share the struggles as well as the triumphs of parenting. They can also support instead of criticize mothers who portray themselves in a less-than-perfect – but more authentic – light.

Sarah Schoppe-Sullivan is professor of Human Sciences and Psychology and Faculty Associate of the Crane Center for Early Childhood Research and Policy at The Ohio State University. She does not work for, consult, own shares in or receive funding from any company or organization that would benefit from this article, and has disclosed no relevant affiliations beyond the academic appointment above. This article was originally published on The Conversation. Read the original article.

Left: Social media can lead to comparisons, which often can be depressing, a study finds. Photo by Africa Studio/via Adobe