Column: How I came to report on forced marriage — in the U.S.

The beginning of my journey reporting this story began with a casual conversation with a friend at a food court in New York in 2012.

“I know you are writing about child marriage in Afghanistan and India and lots of other places,“ she said. “What about what’s happening here in New York?”

At first, I thought she was joking. She was not. In a conversation I have thought about countless times since, she began to tell me about her friend, a New York City public school teacher, who was watching some of his best students leave his classroom against their will. His students came to him, looking for help, and saying they had no choice — their parents insisted they get married, even though they wanted to stay to finish high school and go on to college. And there was absolutely nothing this teacher could do about it.

I began writing notes on a receipt and then a white, printed handout from another event. How was this happening in the U.S. and nobody I knew had a clue? And if what my friend said checked out, that meant this practice was happening right here in New York, just a handful of miles from where I sat at that moment.

It is one thing to report on girls forced into marriage against their will while reporting in South Asia. Quite another in the South Bronx. Or Northern Virginia. I had written a lot of print stories and even some policy papers on child marriage, but had never even thought to consider whether I should investigate the subject of forced marriage here in the U.S.

I had written a lot of stories and even some policy papers on child marriage, but had never even thought to consider whether I should investigate forced marriage here in the U.S.

I started reporting almost immediately. I reached out to organizations that worked to help girls and women in this situation. And quickly, I got smacked in the face by the fact that it wasn’t that other reporters didn’t know this was happening.  They did, but everyone faced the same challenge: access to survivors who trusted them enough to share their story.

I dove in to learn everything I could, as reporters do when beginning to untangle a thread sitting unattended in plain sight.  I met with charities and community groups in the South Bronx, Queens and lower Manhattan. I called groups in Illinois and Michigan. I drove to San Diego to get to know community advocates. One group arranged meetings for me in a New York City high school with teenagers fighting forced marriages or trying to live with the consequences of walking away. 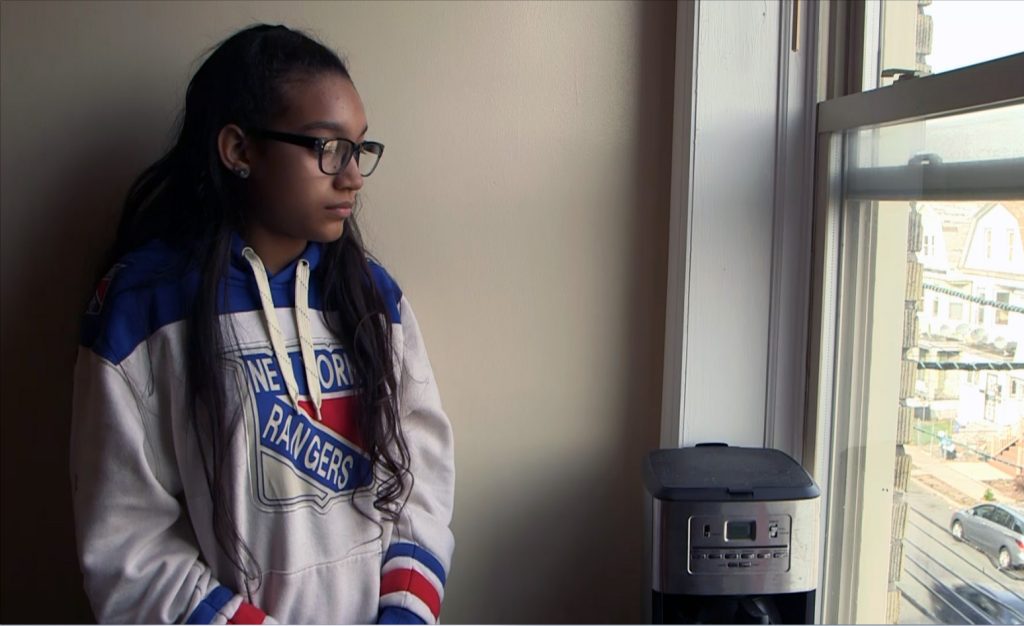 Thousands of American women and girls are forced into marriage in the U.S. each year. Screen image by Jon Gerberg/PBS NewsHour

The stories broke my heart. One young woman, then in community college, talked to me about feeling enormous guilt when a friend who sought help to avoid marriage ended up being taken to Yemen by her parents.  The friend returned to school the following year, pregnant, and this young woman felt that it was her fault her friend had had to go through with a wedding she didn’t want. I understood that it wasn’t my place to tell this teenager that her friend’s fate wasn’t her fault, but I had learned in months of reporting that what she was up against was a system, not any one individual.

I had some credibility with these young women then working their way through high school and community colleges because of where I had been reporting — Afghanistan, India, Rwanda, Liberia, Sierra Leone — what I had seen, and how much it all matched what these young women in my own country faced. The first book I wrote told the story of a teenage girl whose business supported her family under the Taliban. The fact that I knew the issues, had written a story that was not about victims, but about leaders, and that adults they respected vouched for me, all spoke on my behalf.  What worked against my telling their story was their fear and anxiety at having their story known, at betraying their families by speaking to a journalist. 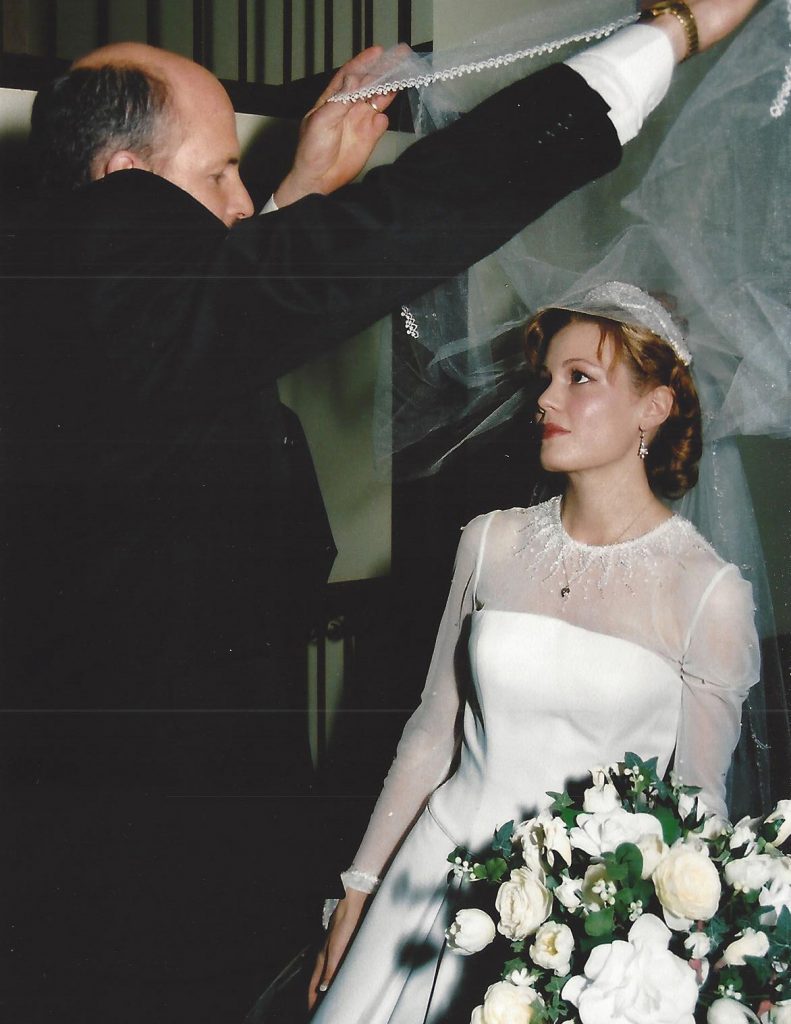 Nina Van Harn was raised in a tight-knit community in rural Michigan and was pressured into marriage at age 19. Photo courtesy of Nina Van Harn

A few things became clear through my reporting: 1) This was happening across communities and across the country. 2) No one knew what to do about it; no law prevented the practice, but a patchwork of strategies involving communities and the courts had begun to evolve in fighting it. 3) No one knew where to send girls and women facing forced marriage to safety; especially if they were under the age of 18, no shelters that fit their needs existed. Most shelters served women facing domestic violence — and many of those could not legally accept girls under the age of 18. And, 4) Many girls and women feared leaving their family members and their community as much as they dreaded defying them. Escape was both a dangerous and a terrifying decision for them, especially when there was no obvious place to go.

Each visit I urged activists and charities to allow me to interview their clients on camera … without any success. “No one wants to go on camera,” the advocates would say. “You and some of the top broadcasts in the country want this story. We know. But clients are afraid for their own security if they are still going through the process, and they want to move on with their lives if they are out of danger. We don’t have anyone that wants to talk.”

Every story tells you how it wants to be told, and I knew this was a TV story.  Nothing would be more powerful than hearing an American woman or an American girl tell her own story of facing forced marriage right here in a country that had no idea it was happening.

I felt discouraged, but not entirely disheartened by all the “no”s. I made another round of calls to advocates — many of whom grew tired of hearing from me — went back to visit community groups in the south Bronx, Queens and Brooklyn and got pretty close to telling the story in 2014. Only the biggest obstacle remained: None of the young women then facing forced marriages felt safe enough to go on camera. They feared their families would see the story, even if we disguised their identities. They had enough complications in their young lives, I understood, without adding a TV camera and a global broadcast into the mix.

They were sitting down with us so that people knew this was happening here in the U.S. And so that girls and women in the same situation would know they were not alone.

So I put the story on hold. While never forgetting it, I moved on to two years of untangling a quite different but equally important untold story I had come across, about an all-women special operations team recruited for Army Ranger and Navy SEAL missions in 2011.  I would continue to check in with all the folks I had badgered for months on end, but less often.

And in the intervening years, the story evolved. As did the people involved, who now had a few more years of experience dealing with the issue of forced marriage in the U.S. Advocates I had met back in 2012 and 2013 had taken their fight to the statehouse and begun to lobby and to push to change state laws, since age of marriage laws in the United States are decided at the state level. In the case of Virginia, a new law establishing 18 as the state’s minimum age of marriage came about after months of work by some of the folks in our PBS NewsHour series.

Finally, at the start of 2016, the puzzle pieces came together.

Several women and a 14-year-old girl said that they wanted to tell their story. On camera. And each for just one reason: They were sitting down with us so that people knew this was happening here in the U.S. And so that girls and women in the same situation would know they were not alone. They were not the only ones facing a future of a marriage they didn’t want, with an escape route they could not find.

I understood the weight of their decision to speak out, especially after years of interacting with people who wanted to tell their stories, while feeling that they could not. I also felt deeply the responsibility to tell their stories in the most factual and most personal way possible.

For me, this series is a chance to take our viewers  — along with a flashlight — back to that first conversation in 2012, and to hear about this issue from those in our own neighborhoods who have a story to tell and have entrusted us at the NewsHour to tell it.