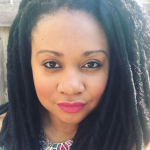 Column: Republicans supported Trump until they perceived him as a threat to white women

The Donald Trump campaign, along with the entire Republican Party, has been in damage control since video footage of Trump bragging about sexually assaulting women surfaced, and multiple women accusing him of exactly the type of assault he claimed he could get away with began to come forward. In the immediate aftermath, many Republicans scrambled to distance themselves from Trump. In their rush to condemn him, several men of the GOP were quick to reference their wives and daughters as reasons why they could no longer support the nominee.

But why did it take so long? The Trump campaign has been fraught with bigotry, xenophobia and racism, but Republicans ignored it all — until they perceived him as a threat to white women, and by extension, white supremacy.

Using white women as a tool the maintain white supremacy is a longstanding American tradition. In D.W. Griffith’s “Birth of a Nation,” a 1915 film, which earned critical acclaim from white audiences, the people behind the Ku Klux Klan were depicted as heroes, while black men were portrayed as violent criminals out to sexually violate white women. President Woodrow Wilson held a screening at the White House, and the movie is credited with launching the second era of the KKK.

While hanging black men for allegedly raping white women is a thing of our past, using white women to maintain white supremacy is now deeply embedded in American culture.

In the Reconstruction era and in the Jim Crow South, white people frequently justified lynching by using the same tropes from Birth of a Nation. Whites often pushed the idea that black men only wanted equal rights in order to have sex with white women; about one-fourth of lynching victims from 1890 to 1930 were accused of rape. Many other black men were murdered for looking at or associating with white women. Even after public lynchings became less common, the South was still a dangerous place for black men and women, including children. In 1955, 14-year-old Emmett Till was murdered after allegedly flirting a white woman in a grocery store. The woman’s husband and brother abducted Till from his home, murdered him and then sunk his body in a nearby river.

And while hanging black men for allegedly raping white women is a thing of our past, using white women to maintain white supremacy is now deeply embedded in American culture, so much so that Trump’s unfettered bigotry towards any non-white Christian male demographic went largely ignored. His first disqualifying comment came at the launch of his campaign when he alleged that Mexican immigrants were largely criminals and rapists. He’s cozied up to white nationalists, called for a ban on Muslims entering the country, and made building a wall along the Mexican border his rallying cry.

READ MORE: Column: Don’t be fooled. Clinton and Democrats have their own race problem

And though it didn’t get as much attention, on the very same day that the tape of Trump bragging about sexual assault while Access Hollywood’s Billy Bush laughed along was released, the candidate doubled down on his comments about the Central Park Five. In 1989, five teenagers — four black and one Latino — were wrongfully imprisoned for the brutal rape of a white woman in New York City’s Central Park. Donald Trump implicitly called for their execution in newspaper ads. After serving several years in prison, the men were exonerated by DNA evidence and awarded a hefty settlement from the city. Trump scoffed at the settlement and told CNN that he still believed they were guilty.

Unsurprisingly, Donald Trump’s speeches are laced with racist rhetoric about inner cities and “criminal aliens” crossing the border in droves to wreak havoc in American neighborhoods. Even though the number of undocumented immigrants crossing the border is not increasing, stoking the fears of his mostly white base is Trump’s calling card.

America’s tangled history of white supremacy is echoed in the Republican Party’s rush to finally condemn Donald Trump after his comments on sexual assault were made public and several women alleged he assaulted them.

Immigrants are less likely to commit crimes than the overall population, and there is no correlation between immigrants and violent crime. Still, the GOP turned a blind eye to this type of rhetoric, because it didn’t threaten white supremacy; in fact, alleging that gangs of immigrants are pouring over the border and into our cities has the same racial undertones of the sexually violent black criminals from the Jim Crow era.

Republicans have spent the entire election season ignoring and even embracing his previous transgressions against people of color and immigrants and don’t seem alarmed by his tenuous grasp of how American democratic institutions function. However, something has finally brought the GOP to the edge. America’s tangled history of white supremacy is echoed in the Republican Party’s rush to finally condemn Donald Trump after his comments on sexual assault were made public and several women alleged he assaulted them. But, judging from the poll numbers, it might be too little, too late.

Left: The Trump campaign has been fraught with bigotry, xenophobia and racism, but Republicans ignored it all — until they perceived him as a threat to white women, and by extension, white supremacy. Photo by Jonathan Ernst/Reuters

Nathalie Baptiste is a freelance writer based in Washington, D.C. She is a former writing fellow at The American Prospect. Her work has also appeared in Alternet and Foreign Policy in Focus.