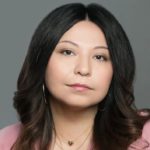 Column: The case against role models

My book reached critical mass when the actress Emma Watson posted a selfie with it to Instagram. I panicked. I wasn’t ready for that kind of attention; the book became a New York Times Bestseller shortly after.

I’ve reached a semblance of success people might want, but it doesn’t mean I should be looked up to.

This is anomalous for a Native women writer. The conversations surrounding me were changing. A major newspaper called me the voice of a generation. An interviewer asked me if I felt like a role model for Indigenous women.

I didn’t want to be the voice of anyone but myself. I didn’t want to be looked up to. My book is about survival and transgression. I narrowly survived my circumstances. I come from a broken home, I dropped out of school when I was a kid, I was a single mother on welfare, and I don’t want people to emulate my journey or look up to how I evolved away from dysfunction and stigma. I’ve reached a semblance of success people might want, but it doesn’t mean I should be looked up to.

When I see someone labeled as a role model, they somehow appear less human to me, because who could live up to the expectations or scrutiny? Invented by a sociologist in the 50’s, the term role model feels antiquated. It’s a slogan made for cereal boxes and self-help gurus who are selling success, or reaching goals without compromise — things, we know, by now, don’t exist, not purely. Up close the guru cheats on his wife, or worse. The athlete will disappoint, so will the leaders, the actors and the singers. When they fail us, we’re either judge and jury, or all too forgiving. I’ve seen women who aspire to be good role models criticized for what they wear, who they marry, and how much money they make because they’ve become too capitalistic and not feminist enough.

I’m the first where I’m from to do what I’ve done, and not having models to emulate gave me room to be.

A woman wrote that my book was a manifesto for Native American girls. Indigenous people aren’t a monolith and my text could limit the way we’re seen if it’s lauded as representative. We don’t need examples for what we aspire to be. We don’t need to be inundated with possibilities. We should have original objectives, that reach beyond comparison. I question the idea of imitation, and its necessity, when I’m the first where I’m from to do what I’ve done, and not having models to emulate gave me room to be.

Left: I’m the first where I’m from to do what I’ve done, and not having models to emulate gave me room to be, writes Terese Mailhot. Photo by Getty Images

Terese Marie Mailhot is from Seabird Island Band. She is the New York Times bestselling author of "Heart Berries: A Memoir."

Finding my way without role models gave me room to be