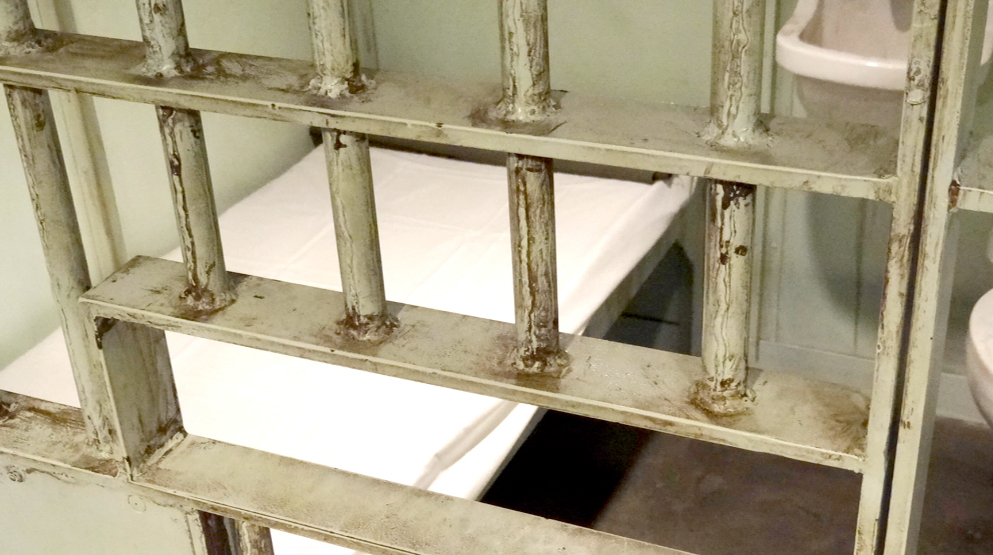 WASHINGTON — Tens of thousands of federal inmates serving time for drug crimes may be eligible for early release under a cost-cutting proposal adopted Friday that would dramatically reduce the nation’s prison population over time.

The U.S. Sentencing Commission, which earlier this year voted to substantially lower recommended sentences for drug-dealing felons, voted unanimously to retroactively apply that change to prisoners now behind bars.

More than 46,000 inmates, including many who have already served a decade or longer in prison, would be eligible to seek early release under the commission’s decision. A judge would review the case of each prisoner seeking to get out early to decide if the release would jeopardize public safety. The releases would start in November 2015 and be phased in over a period of years.

The commission, an independent panel that sets sentencing policy, estimates sentences would be cut by an average of 25 months.

“The magnitude of the change, both collectively and for individual offenders, is significant,” said commission chairwoman Patti Saris, a federal judge in Massachusetts.

Advocates of the early-release plan say it would cut prison costs — nearly one-half of the federal prison population is locked up for drug crimes — and scale back some of the harsh sentences imposed during the country’s war on drugs. Prisoner advocacy groups immediately trumpeted the change, calling it a matter of fundamental fairness.

“This vote will change the lives of tens of thousands of families whose loved ones were given overly long drug sentences,” Julie Stewart, president of Families Against Mandatory Minimums, said in a statement.

The sentencing change comes amid a broader rethinking of criminal justice policy that the Justice Department, under Attorney General Eric Holder, has embraced.

“This is a milestone in the effort to make more efficient use of our law enforcement resources and to ease the burden on our overcrowded prison system,” Holder said in a statement.

The proposal adopted Friday is actually more expansive than one advanced by Holder last month, which would have applied to roughly 20,000 drug inmates who have limited criminal pasts and who did not use a weapon during their crime.

Though sentencing guidelines are advisory rather than mandatory, judges still rely heavily on them in deciding on prison sentences. The guidelines recommend sentences that factor in the types and quantities of the drugs. The commission in April voted to lower recommended sentences across all drug types, meaning, for instance, that a cocaine package of a given size would now be linked to a shorter range of punishment than before.

Congress has until November to voice opposition to the commission’s plan, though advocates consider that unlikely. Courts at that point could begin considering petitions from prisoners seeking to get out of prison. Early releases wouldn’t begin until a year later.

This is not the first time the sentencing commission has supported an early release for drug offenders. In 2011, the commission voted to retroactively apply a law that reduced the sentencing disparity for crack versus powder cocaine.

Commission members said they believe they have taken steps to ensure public safety, such as requiring a judge to sign off on a defendant’s early release. They also voted to delay the release until next year to give judges enough time to consider whether defendants are good candidates to be let out early.

Among those attending Friday’s hearing was Adrienne Willis of Camp Springs, Md., who said her 47-year-old son, Bernard Gibson, might be among those who benefit. She said he’s already spent 18 years at a federal prison in Virginia for a drug-dealing conspiracy and still has more time to serve.

“I thought that prison was supposed to rehabilitate people,” she said. “If someone’s been in prison for 18 years and they’re not rehabilitated, whose fault is that?”

Some, though not all, judges have joined advocacy groups in championing the change.

“Even though retroactivity and individualized assessment for all eligible persons is time intensive and administratively burdensome, it is the right thing to do so that we can again ensure that our criminal justice system is fair to all concerned,” U.S District Judge John J. McConnell Jr. of Rhode Island wrote in a letter to the commission.

But some prosecutors, including some within the Justice Department, have raised public safety concerns. A group of federal prosecutors, the National Association of Assistant United States Attorneys, said the move would lead to higher crime and give defendants little incentive to resolve their cases through plea deals.

“The strong sentencing scheme that has been in place in place over the last 25 years in our country has contributed to the lowest crime rates in more than a generation,” the organization wrote.