Chances are, at some point you’ve seen a plastic pink flamingo, or perhaps a whole flock, adorning someone’s lawn. Wherever it was, you have Donald Featherstone to thank for that neon memory in your mind.

Featherstone, the creator of the plastic pink flamingo, died Monday at age 79 after a battle with Lewy body dementia.

“He was the nicest guy in the world,” Featherstone’s wife, Nancy Featherstone, told the AP. “He didn’t have a selfish bone in his body. He was funny and had a wonderful sense of humor and he made me so happy for 40 years.” 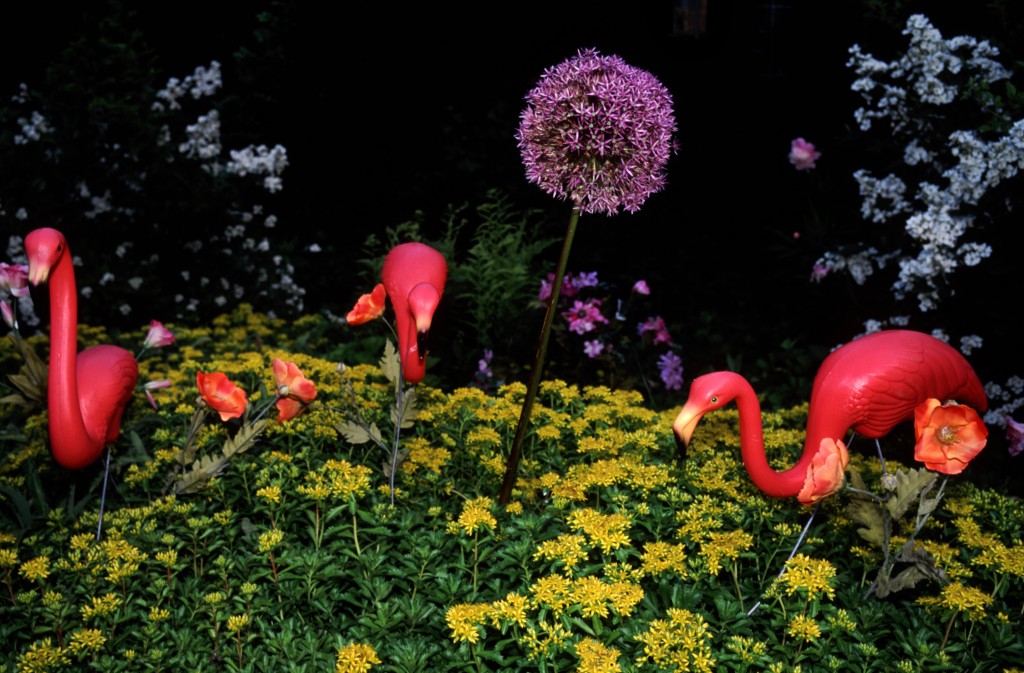 The original plastic pink flamingo was made by Union Products, a plastics manufacturing company in Leominster, Massachusetts. Photo by Jeff Hutchens/Getty Images.

Today — just one day after Featherstone’s death — is Pink Flamingo Day. The holiday was established in 2007 in the decorative birds’ homeland. The storied plastic pink fowl does not originally hail from Florida, as many might assume thanks to Miami Vice, but from Leominster, Massachusetts.

When your name includes the word “feather,” you can expect a life gone to the birds. While working for plastic company Union Products, Featherstone — a trained sculptor– fashioned the pink bird in 1957 after spotting its real-life model in a National Geographic magazine. During the post-World War II era, the birds took flight in suburban yards across the country. Their popularity dipped in the 1960s when they were considered tacky, and became the quintessential symbol of kitsch. But they made a comeback in 1972 following the debut of John Waters’, “Pink Flamingos” — a film that has really nothing to do with pink flamingos. 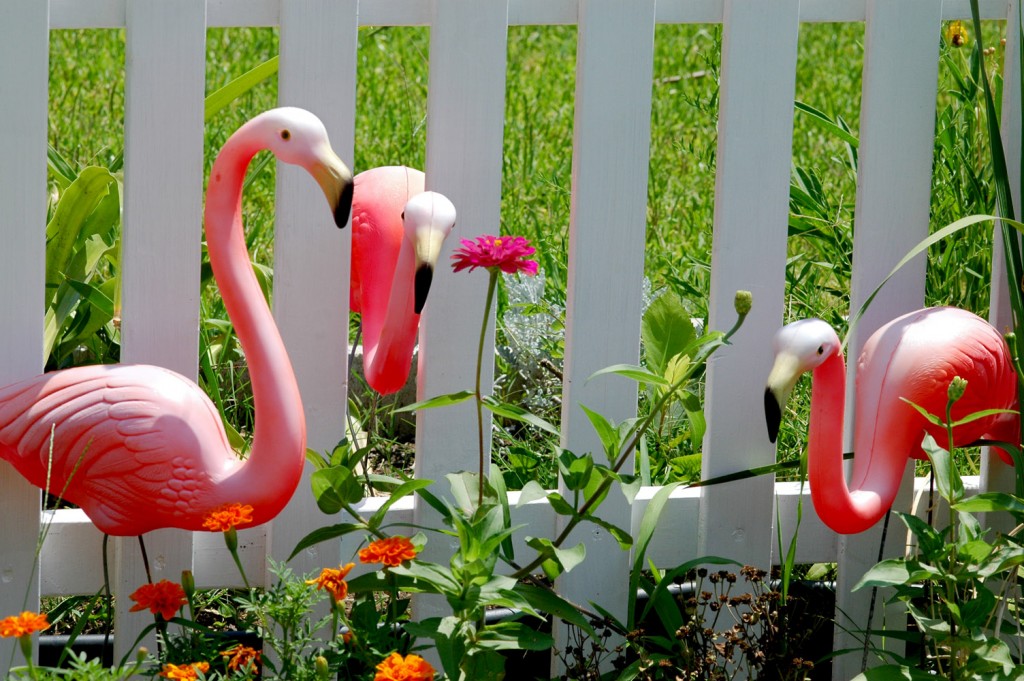 By the 1980s, Featherstone’s creation had evolved into an upper-class lawn accessory steeped in irony. As Smithsonian Magazine put it, the tchotchke became an elaborate “inside joke” that has been sold by the millions.

In a 1986 interview with People magazine, Featherstone said,“I’d be happy to be remembered as the man who did the pink flamingo.”