Crowdfunding raises $300,000 in a week for ruby slippers restoration

Dorothy’s iconic ruby slippers will shine in all their glitz and glory for years to come, thanks to the success of a crowdfunding campaign to preserve the “Wizard of Oz” treasures.

Last Monday, the Smithsonian Institution launched a Kickstarter campaign to raise $300,000 to clean the shoes and create a new-age display case to prevent environmental decay. The shoes have faded in color, sequins are flaking and the thread holding them together is breaking after 80 years of existence. The crowdfunding goal was surpassed due to donations from more than 5,300 supporters from 41 countries across six continents.

A 16-year-old Judy Garland wore the well known sequined shoes in the 1939 milestone Technicolor film The Wizard of Oz, an adaptation of the 1900 novel by L. Frank Baum. Baum’s original description painted the slippers as silver, but the film’s directors selected ruby so the shoes stood out more clearly against the yellow-brick road. 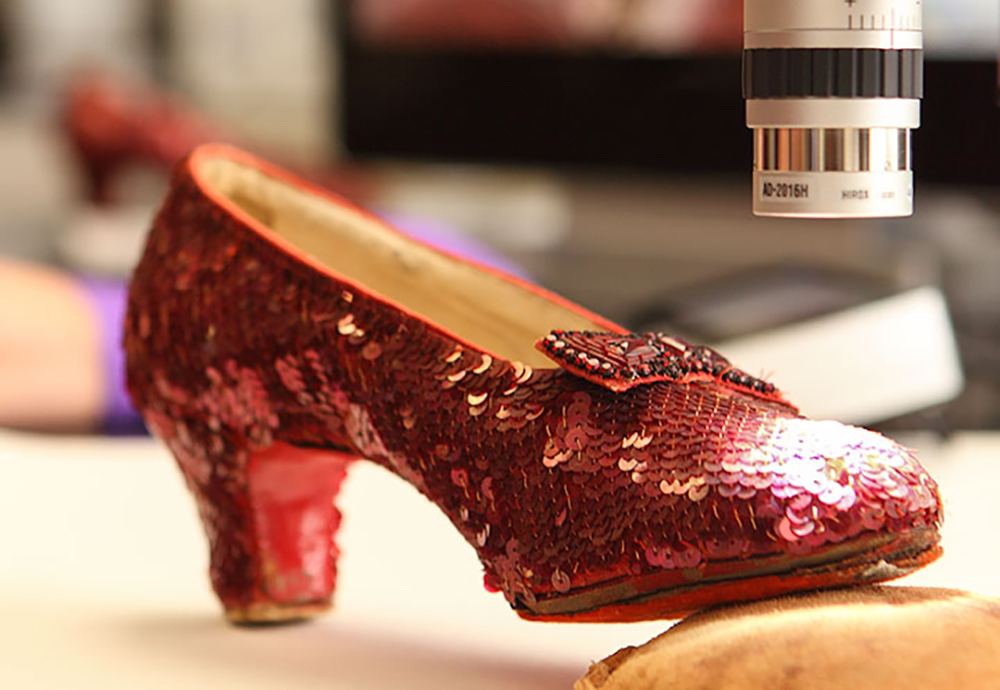 The shoes are actually mismatched, one with “#1 Judy Garland” written inside the heel and the other with “#6 Judy Garland.” Photo by Smithsonian

Up to 10 pairs of shoes were made for the film, according to the New York Times. One pair was stolen, and another sold at auction to be featured at the Academy of Motion Pictures. The well-worn shoes displayed at the Smithsonian are believed to have been Garland’s primary dancing shoes, complete with felted soles to muffle her footsteps.

The shoes are actually mismatched, one with “#1 Judy Garland” written inside the heel and the other with “#6 Judy Garland.” Both are size 5, with one a little wider, the Times reported.

The shoes are one of the most popular items at the museum and were gifted by an anonymous donor in 1979. The slippers are currently on display at the American Stories exhibition at the National Museum of American History. The Smithsonian hopes to complete restoration for their new exhibition by 2018.

The Smithsonian also announced an $85,000 extension to the Kickstarter campaign on Monday to restore the scarecrow costume worn by actor Ray Bolger. But the costume would join Dorothy’s slippers in the 2018 exhibition on a temporary basis only, due to its delicate composition.