The streets of Miami’s Little Havana neighborhood were celebrating early Saturday morning the death of Fidel Castro, a Cuban revolutionary whose dictatorial style defined Cuban politics for nearly 50 years and triggered mass waves of migration to the U.S.

Since the Castro-led communist revolution in Cuba toppled dictator Fulgencio Batista in 1959, several waves of Cuban migration have formed a strong community in Miami. Some of the first arrivals in 1959 were exiled Batista supporters, followed by Cubans who saw their property confiscated under Castro’s rule.

Over the years, as Cuba’s economy deteriorated, political dissidents faced harsh punishment and repressed political freedoms forced thousands more Cubans to flee to the U.S., many of them settling in Miami. 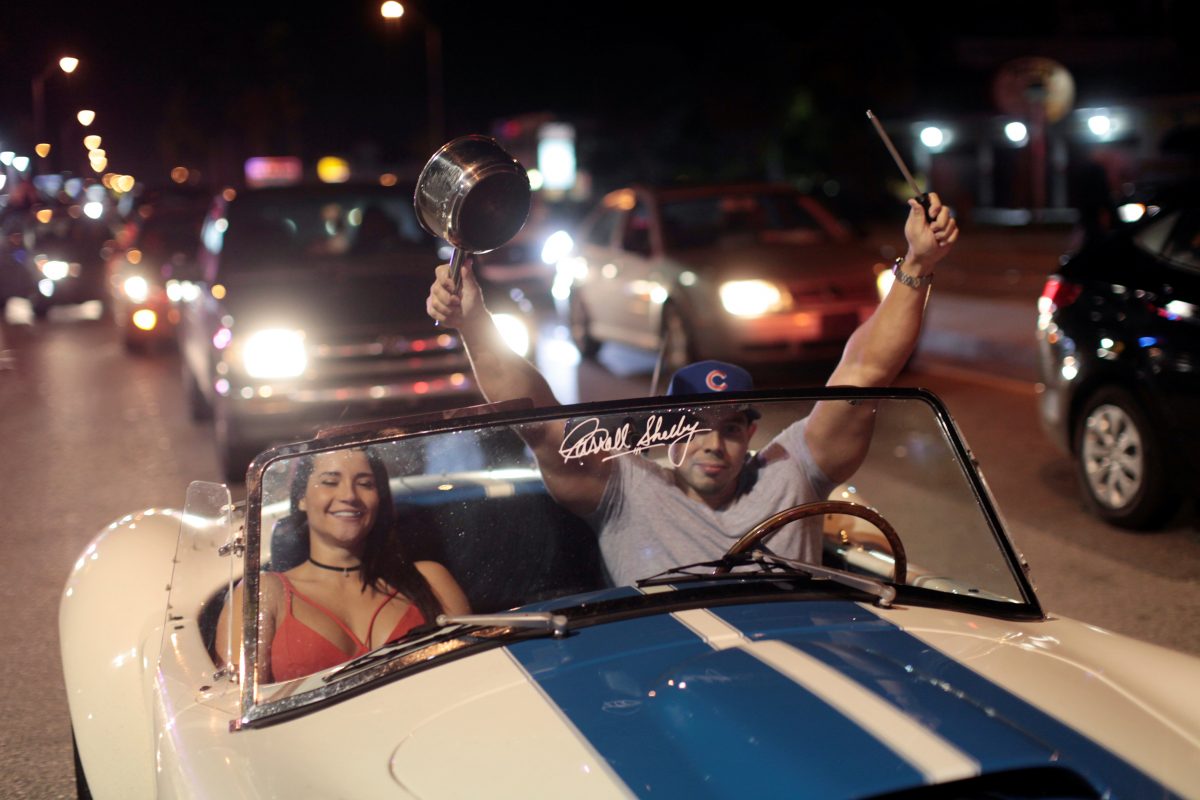 Miami Mayor Tomás Regalado, who was born in Cuba, joined the crowd outside Versailles restaurant. “I think what’s happening right now is a sign of solidarity with the people of Cuba,” he told the Miami Herald.

Reporters tweeted from the scene of the celebrations.

“After decades of oppression, the Cuban people deserve freedom, peace and democracy. I have met so many Cubans who have come to Florida to flee the tyranny, brutality, and communism of the Castro brothers’ oppressive regime,” Florida Gov. Rick Scott said in a statement.

Castro will be cremated and mourned for nine days in Cuba, with an official funeral scheduled for Dec. 4 in Santiago de Cuba.

See more photos from celebrations in Miami below. 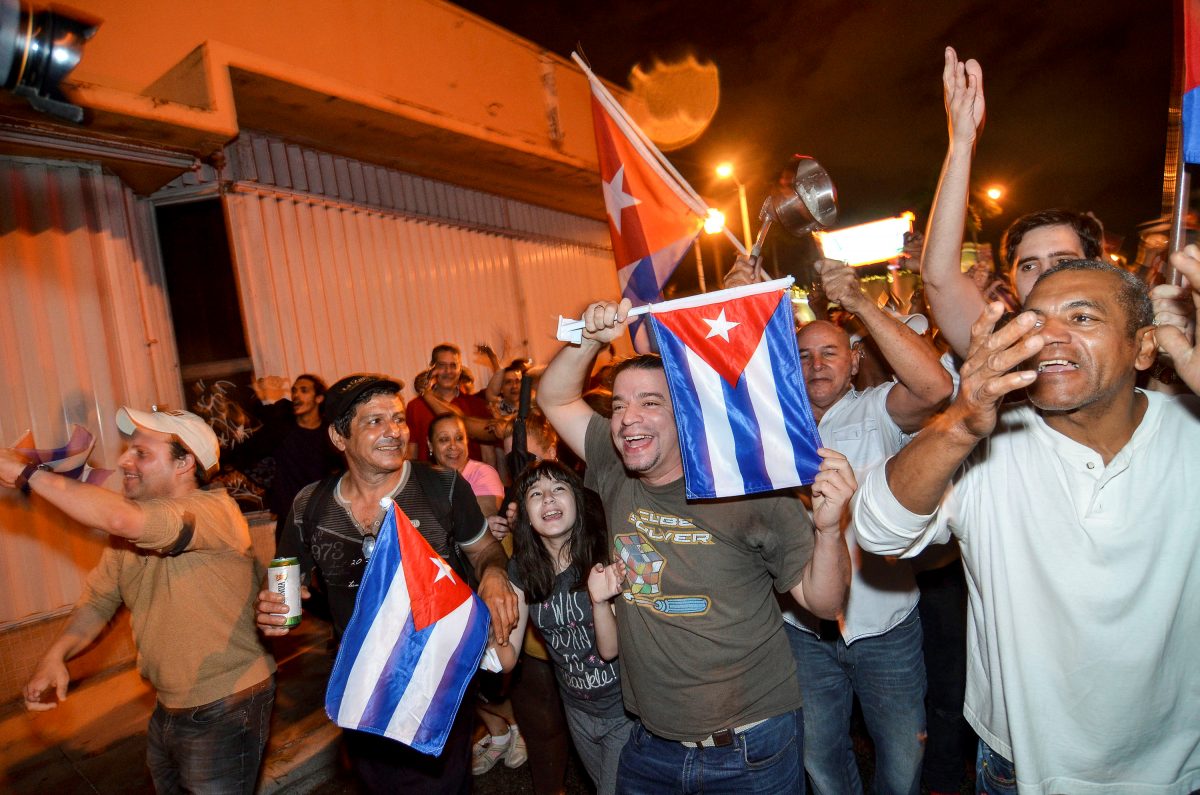 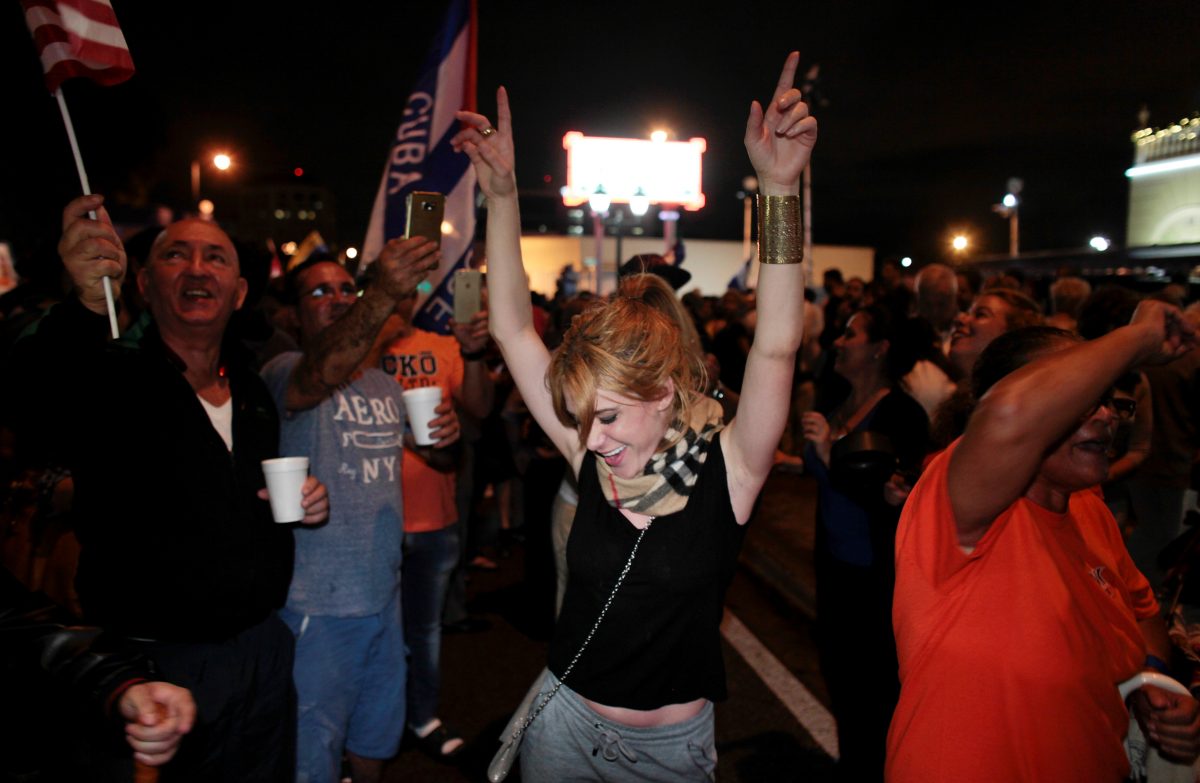 People celebrate after the announcement of the death of Cuban revolutionary leader Fidel Castro in the Little Havana district of Miami, Florida, on November 26, 2016. Photo by Javier Galeano/Reuters 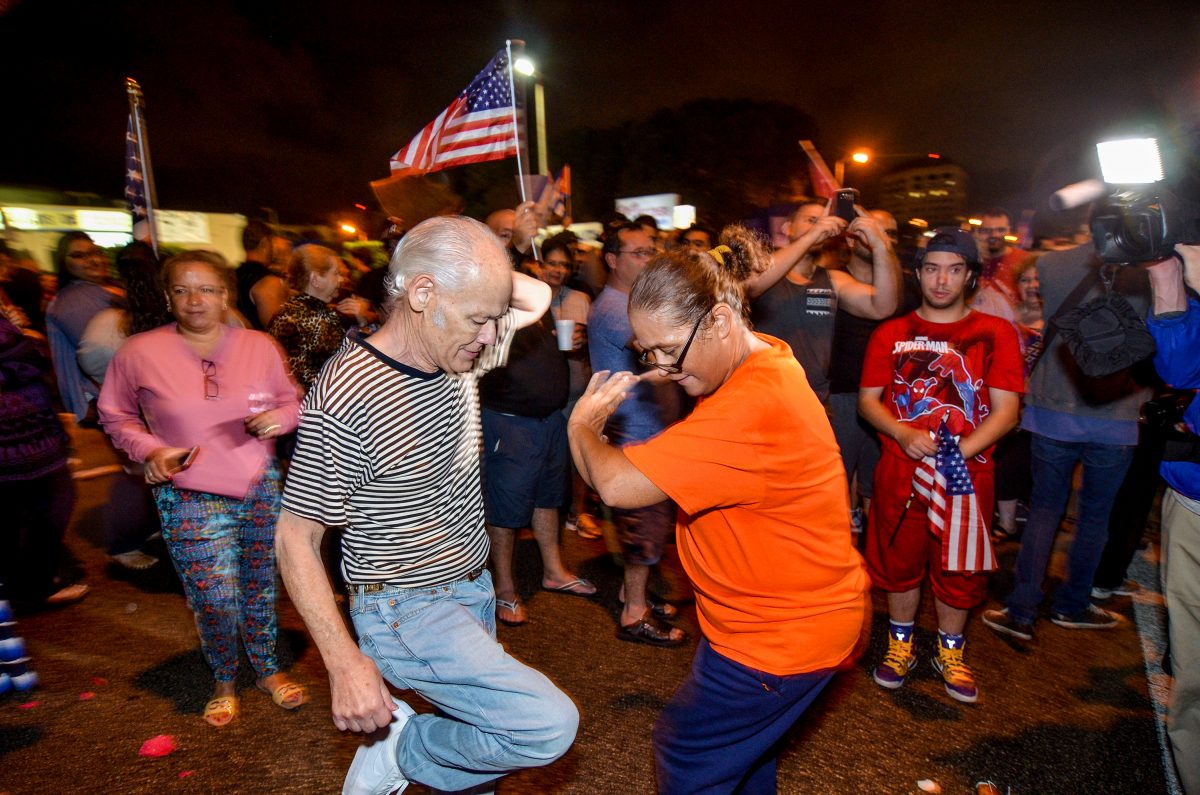 People dance in the streets in Miami, Florida, on Nov. 26, 2016. Photo by Gaston De Cardenas/Reuters 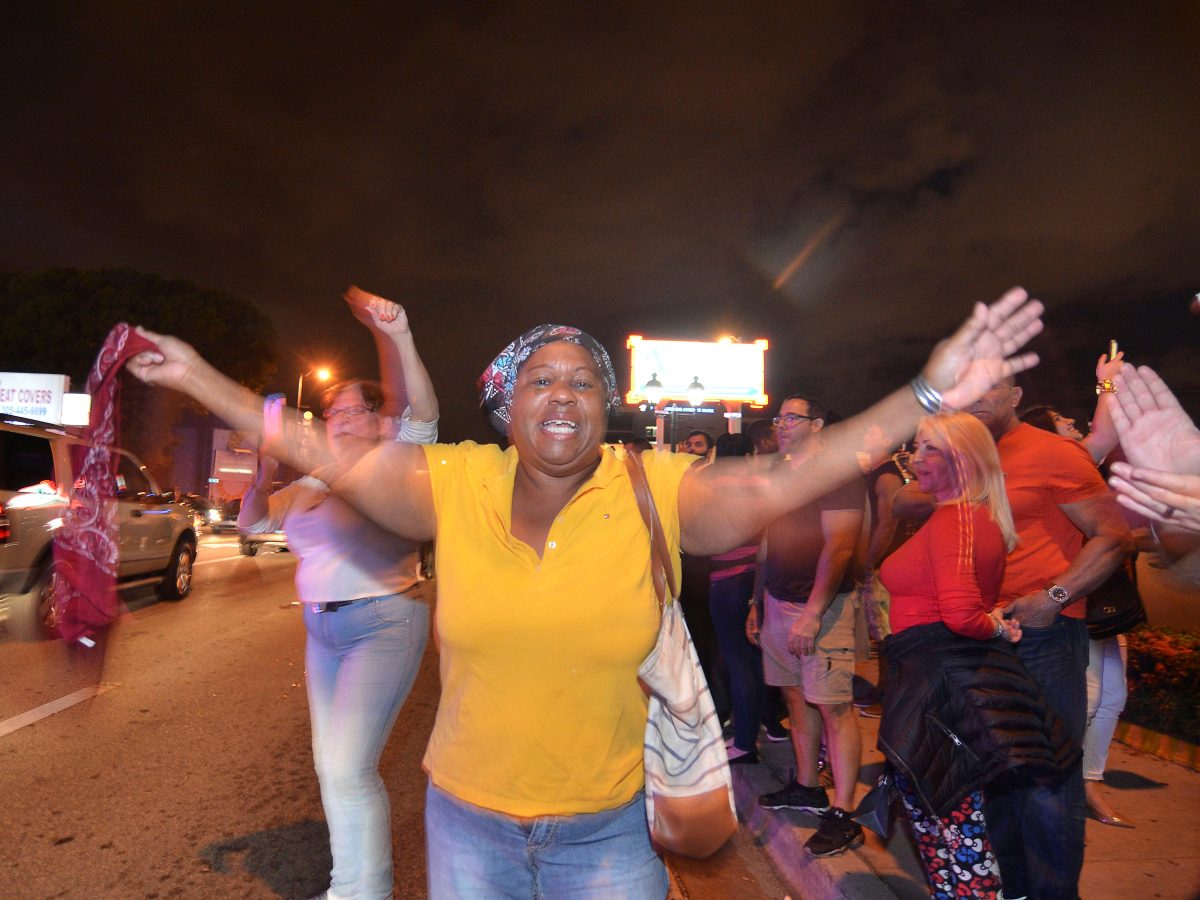 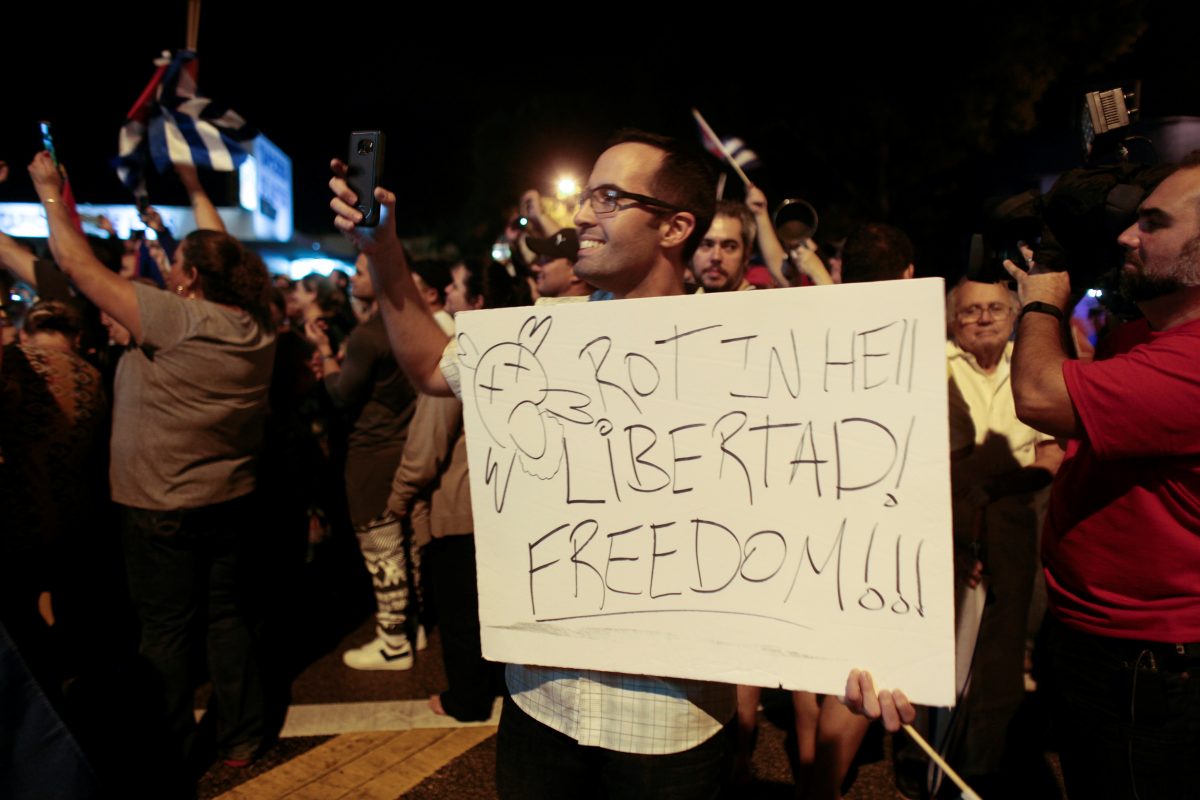 People celebrate after the announcement of the death of Cuban revolutionary leader Fidel Castro in the Little Havana district of Miami, Florida, U.S. November 26, 2016. Photo by Javier Galeano/Reuters