Lenny Robinson, known for dressing up as Batman to cheer up sick children, died Sunday after being struck by a car on Interstate 70. He was 51.

Robinson, who lived near Baltimore, was able to cash in on his a successful cleaning business. With time and money at his disposal, he decided to dedicate his time and money toward helping children with severe illnesses. 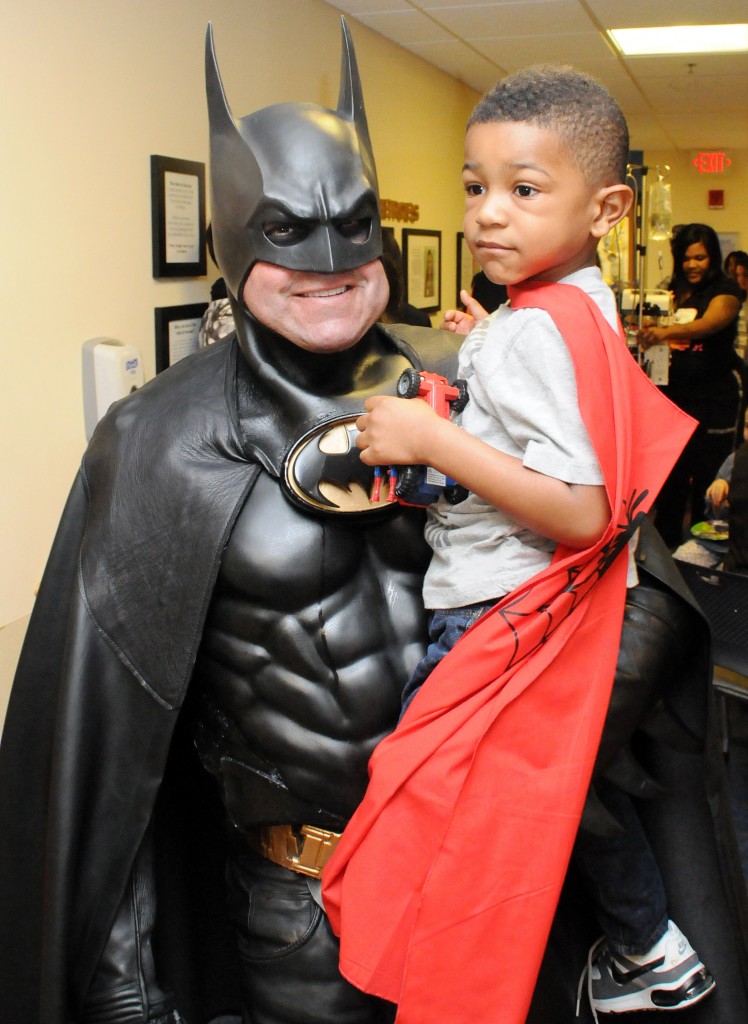 In order to achieve this, Robinson spent hundreds of thousands of dollars on a custom-made “batsuit,” and on altering his Lamborghini to look like the Batmobile. He would then take both to hospitals, visiting children as the caped super hero. Laurie Strongin, executive director of the non-profit organization Hope for Henry, which Robinson frequently worked with, said that’s just how he was.

“He was one of those special people who wanted to leave the world a better place than he found it, and this was the way that he decided to do that,” Strongin said. “The kids would see him and see his car, and all of a sudden it was like they weren’t sick and they weren’t in the hospital, they were in the presence of a hero.”

Robinson gained notoriety in 2012, when police pulled him over because of a problem with his license plates. At the time, Robinson was in full costume and driving his Batmobile, en route to entertain some children. Video of his encounter with police went viral, and even made it onto “The Tonight Show Starring Jimmy Fallon.”

Robinson was killed Sunday after pulling over to the side of the highway near Hagerstown, Maryland, following car trouble. He was checking his engine when the Lamborghini was struck by another vehicle. The Lamborghini then hit Robinson, who was pronounced dead at the scene.

Robinson’s story has been gaining popularity on social media. In one post on Facebook, Daniel Katz, a a professor of Education at Seton Hall University shared this remembrance: “[I]n an age when a lot of rich people indulge themselves in ways that harm a lot of people, what a wonder it is to find someone very wealthy, eccentric as hell, but in a way that made the world just a bit better.”

Strongin says her organization has been receiving condolences since his death.

“I’ve been getting e-mails and calls and texts and people crying all day long,” Strongin said. “Everyone is devastated. Whoever had the opportunity to meet him or know about his work knows that they lost a hero today, there’s nobody else like him.”

Left: Lenny Robinson drives his "Batmobile" at the annual Hope for Henry Superhero Celebration for kids at Children's National Medical Center in Washington, D.C. in 2012. Photo courtesy of Hope for Henry