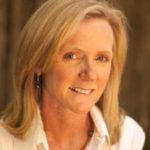 Elizabeth Brackett taught me that a good story begins with people

It’s hard to imagine anything ever slowing Elizabeth Brackett.

In her more than two decades of work for the PBS NewsHour, she braved earthquakes, hurricanes, tornadoes, floods, and presidential campaigns. She never yawned. She always pushed for more — more interviews, more phone calls, more perspective. Her idea of relaxation was transforming herself into a world-champion triathlete — after becoming a grandmother.

Brackett died Sunday at age 76 after a bicycle accident in her native and beloved Chicago. She was the first correspondent I worked with right out of college, and over the years, we traveled tens of thousands of miles and producing dozens of stories together. She taught me that a good storyline and narrative always begins with people. She listened to them. She was curious about their lives, their stories. But some of what I learned from Elizabeth went beyond journalism. She was confident. She took on assignments without worry. She was sure we’d get the story — and we always did. She was fun. She did not quit, ever. 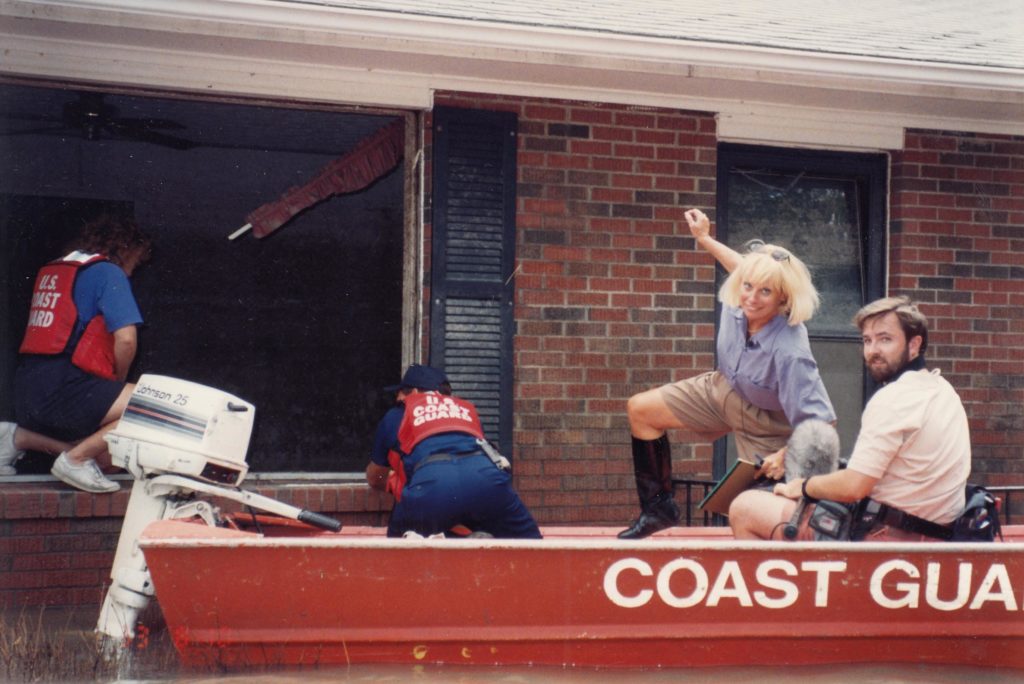 Elizabeth Brackett, reporting from the Mississippi river floods in 1993. Photo by Merrill Schwerin

A competitive diver at Indiana University years before Title IX brought collegiate women’s sports into the mainstream, Brackett revelled in carving her own path. During Hurricane Katrina, when all traffic was fleeing New Orleans, Brackett insisted on entering the city by foot, to report on the collapse of protective levees. She spent weeks in hip boots while covering major floods on the Mississippi River. When the Loma Prieta earthquake closed airports around San Francisco, Brackett insisted on flying into Las Vegas, because at that moment, it was the only plane in her airport going West. She made it to the epicenter while first responders were still pulling people from the rubble.

She did not quit, ever.

She was a stickler for telling both sides of the story. She reported on the explosive summer-long Operation Rescue anti-abortion protest at a Wichita, Kansas late-term abortion clinic by interviewing two sisters on opposite sides — one pro-choice and one pro-life. While reporting on violent crime, she moved easily between police and gang member interviews at the notorious Cabrini-Green public housing high-rise in Chicago.

Brackett came to journalism late, but she made up for any shortcomings with a relentless work ethic. She was the queen of the all-nighter, whether during natural disasters or a presidential campaign. Whatever daytime frustration I felt while producing stories with her — she always wanted one more interview, one more call — she inevitably made up for with a late-night glass of wine. We always found something to laugh about.

Her work was rewarded by her peers — she won a national Emmy in 1987 for reporting on the farm foreclosure crisis, as well as three Midwest Emmy awards for other stories — but Brackett was also intensely self-motivated. At age 50, trying to prove her best days weren’t behind her, she started competing in triathlons. She won world triathlon championships in her age class in 2009, 2010, 2011, 2012, and 2017. She won her most recent triathlon, a local race, on June 9, at Elkhart Lake, Wisconsin, at age 76. In December, she was recognized as a champion triathlete by Sports Illustrated in the prestigious Faces in the Crowd feature. She loved skiing and hiking in Steamboat Springs, Colorado.