With email dumps, WikiLeaks probes the limits of full transparency

“Consider what would happen,” Assange wrote in 2006, if one of America’s two major parties had their emails, faxes, campaign briefings, internal polls and donor data all exposed to public scrutiny.

“They would immediately fall into an organizational stupor,” he predicted, “and lose to the other.”

A decade later, various organs of the Democratic Party have been hacked; several staffers have resigned and Democratic presidential candidate Hillary Clinton has seen the inner workings of her campaign exposed to the public, including disclosures calling into question her positions on trade and Wall Streetand her relationship with the party’s left . Many of these emails have been released into the public domain by WikiLeaks.

Some see the leaks as a sign that Assange has thrown his lot in with Republican rival Donald Trump or even with Russia. But others who’ve followed Assange over the years say he’s less interested in who wins high office than in exposing — and wearing down — the gears of political power that grind away behind the scenes.

“He tends not to think about people, he thinks about systems,” said Finn Brunton, an assistant professor at New York University who has tracked WikiLeaks for years. “What he wants to do is interfere with the machinery of government regardless of who is in charge.”

WikiLeaks’ mission was foreshadowed 10 years ago in “Conspiracy as Governance,” a six-page essayAssange posted to his now-defunct blog.

In the essay, Assange described authoritarian governments, corporations, terrorist organizations and political parties as “conspiracies” — groups that hoard secret information to win a competitive advantage over the general public. Leaks cut these groups open like a double-edged knife, empowering the public with privileged information while spreading confusion among the conspirators themselves, he said. If leaking were made easy, Assange argued, conspiratorial organizations would be gripped by paranoia, leaving transparent groups to flourish.

When the group published 250,000 U.S. State Department cables in 2010, it helped launch a multimillion dollar quest to unmask insider threats at home while causing problems for U.S. diplomats overseas. The recent leaks have affected the Democratic National Committee in much the same way, with staffers advised to use caution when communicating about sensitive topics. 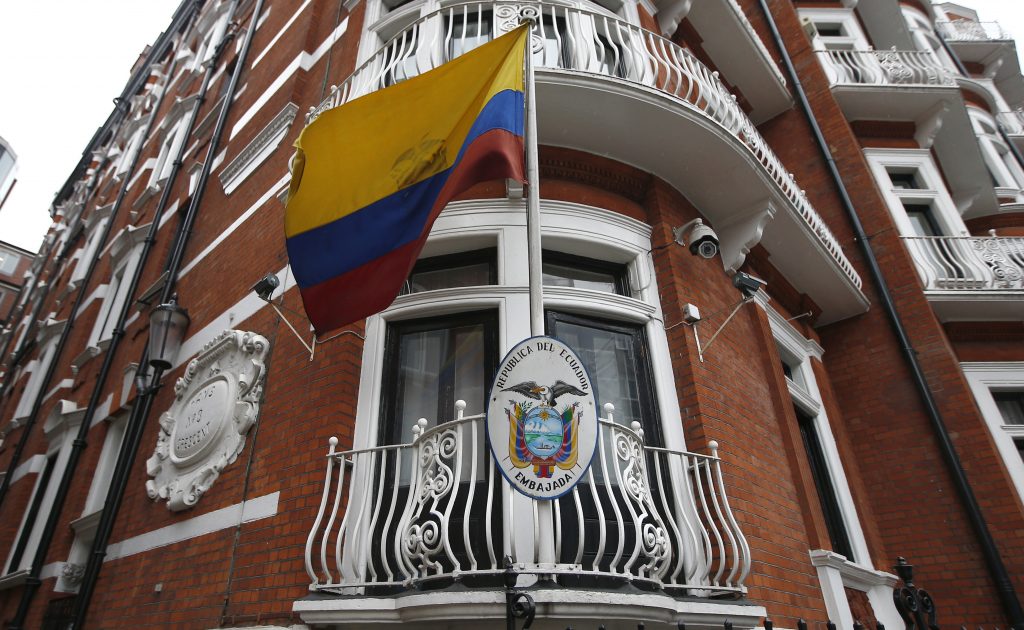 Clinton supporters say Assange is targeting her out of partisan bias. U.S. intelligence officials believe Russia is behind the hacks to interfere in the U.S. election.

It’s possible that malicious sources are using WikiLeaks for their own ends, said Lisa Lynch, an associate professor at Drew University who has also followed Assange’s career. But she noted that a lifetime far from public service and an aversion to email make Trump a more difficult target.

“If Trump had a political career, he’d be more available for Wikileaking,” she said.

Assange did not return messages seeking comment, but he has described allegations that he’s in the service of the Kremlin as a conspiracy theory and has denied picking sides in the U.S. electoral contest.

He has targeted Republican politicians in the past; in the run-up to the 2008 election his group published the contents of vice presidential candidate Sarah Palin’s inbox. Her reaction at the time anticipated the Democrats’ outrage today.

“What kind of a creep would break into a person’s files, steal them, read them, then give them to the press to broadcast all over the world to influence a presidential campaign?” Palin wrote in her autobiography, “Going Rogue.”

In fact, Assange has long tried to influence presidential campaigns. In 2007, WikiLeaks published a long-suppressed corruption report ahead of Kenya’s national elections. It unleashed a wave of anger and, Assange oftenboasts , swung the vote.

In reality, the publication barely played a role in Kenya, according to Nic Cheesman, an associate professor of African politics at Oxford University. And it’s not clear whether the recent WikiLeaks revelations will fare differently. Clinton has a commanding lead in the polls despite the leaks.

Still, Assange appears game to try. Between the DNC emails and the inbox of Clinton campaign chairman John Podesta’s messages, his organization has published 46,000 messages from some of the most powerful people in Democratic politics. More is coming. When one Twitter user noted that WikiLeaks had not published any of Podesta’s emails dating past March 21, WikiLeaks responded .

“Well spotted,” it said. “Something to look forward to.”

Left: Julian Assange, Founder and Editor-in-Chief of WikiLeaks speaks via video link during a press conference on the occasion of the ten year anniversary celebration of WikiLeaks in Berlin, Germany, October 4, 2016. Photo by Axel Schmidt/REUTERS