Empathy for military robots could affect outcomes on the battlefield 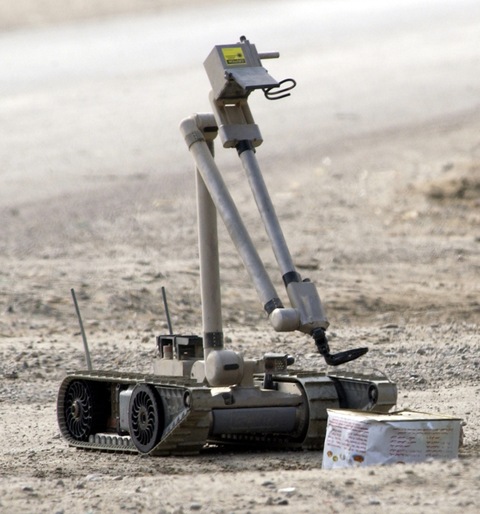 That’s the conclusion of Julie Carpenter, a Ph.D. in education at the University of Washington. Carpenter interviewed 23 explosive ordnance disposal personnel who regularly used robots on the job. She found that the soldiers often anthropomorphized their robots, assigned them human attributes such as genders and names, and even displayed a kind of empathy toward the machines. >”They would say they were angry when a robot became disabled because it is an important tool, but then they would add ‘poor little guy,’ or they’d say they had a funeral for it,” Carpenter said. “These robots are critical tools they maintain, rely on, and use daily. They are also tools that happen to move around and act as a stand-in for a team member, keeping Explosive Ordnance Disposal personnel at a safer distance from harm.”

“You don’t want someone to hesitate using one of these robots if they have feelings toward the robot that goes beyond a tool,” she said. “If you feel emotionally attached to something, it will affect your decision-making.”

Carpenter will publish her findings in a future book on human-robot interactions.

UPDATE: Several interesting discussions have broken out on Reddit, where members of the military are recounting their experiences with robots in the field. Reddit user mastersterling reports that one bot received its own 21-gun salute. Read their stories at /r/technology and /r/military