Brooklyn fashion blogger Rachel Tutera knows that you might not see her the way she sees herself.

“There’s a weird tendency in people to panic when they can’t tell if you’re a man or a woman, or how you may identify,” Tutera, 30, said. “There are people who find me provocative in a way that I don’t exactly understand.”

As a gender non-conforming person, someone who behaves and appears in ways that are considered atypical for one’s sex assigned at birth, Tutera said she feels constant stress and anxiety from the outside world.

“Whether I’m read as what I am, which is a masculine-presenting woman, or if I’m read as a feminine-presenting man, there’s a lot of danger there — physical danger,” Tutera said. “I’ve gotten shoved by guys, certain slurs.”

Tutera has been the victim of gender policing, the act of imposing or enforcing gender roles based on an individual’s perceived sex. This type of behavior can range from banal actions, like a confused look on the subway, to more insidious behavior like getting thrown out of a gendered public restroom or fitting room, she said.

According to Pellegrini, in most states, transgender and gender non-conforming people are not protected from workplace or housing discrimination. Just a few decades ago, state laws allowed police to arrest individuals for impersonating another sex if the police deemed they weren’t wearing gender-appropriate clothing.

But society’s ideas on conventional gender roles are also changing, Pellegrini says, due, in large part, to the increased visibility of transgender and gender non-conforming people in the media. 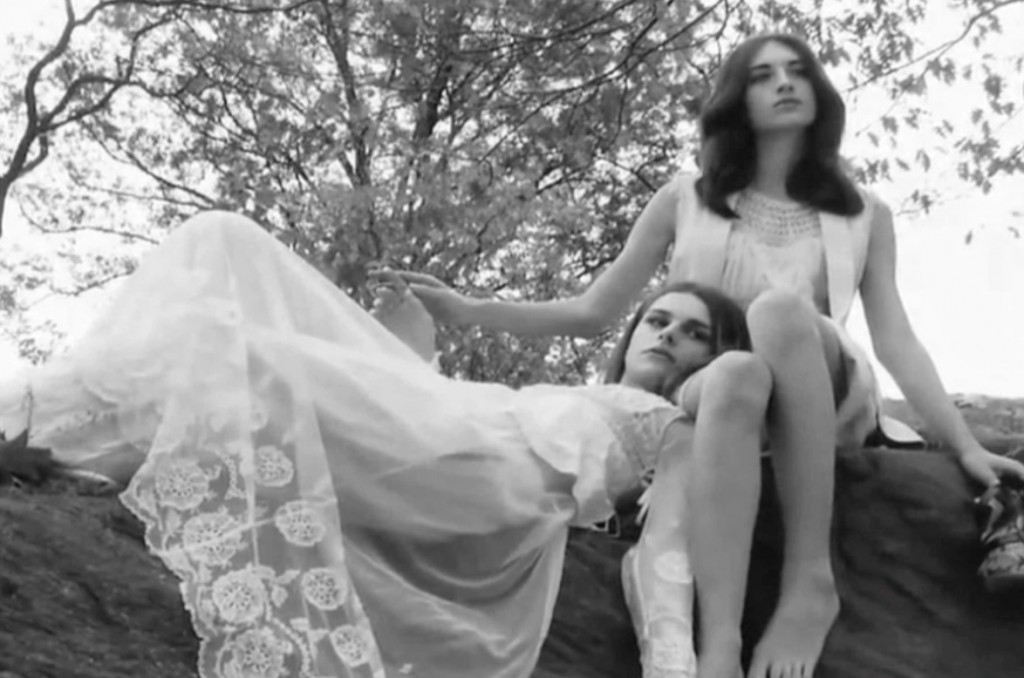 Luxury retailer Barneys New York is one of many mainstream labels catering to the LGBTQ community. This year, it featured 17 transgender models in its spring campaign. Photo by Barneys New York

Last year, “Orange Is the New Black” actress Laverne Cox became the first transgender person to be featured on the cover of Time magazine. Barney’s New York recently featured 17 transgender models in its spring ad campaign. And transgender advocate Janet Mock was profiled by the New York Times and appeared on CNN, the Colbert Report and other news programs.

“By opening up space for different kinds of gender, it actually loosens the hold for stereotype thinking about how you have to do your sex,” Pellegrini said. “We shouldn’t think of someone waking up one morning and saying, ‘Oh, what gender shall I be today?’ Gender is deeper than that.”

Despite their growing visibility, transgender and gender non-conforming people still face danger in their daily lives.

In January alone, eight transgender women were murdered in the U.S., according to the organization Human Rights Campaign.

Cox said many of these “transphobic” violent acts often fly under the radar because the dialogue about the trans population is often centered on an individual’s physical transition instead of the discrimination the person may face.

In January 2014, Cox appeared alongside transgender Victoria Secret Model Carmen Carrera on “Katie,” and host Katie Couric asked Carrera where she was in the process of transitioning from male to female. Carrera refused to answer.

“The preoccupation with transition and with surgery objectifies trans people and then we don’t get to deal with the real lived experiences, with the reality of trans people’s lives,” Cox said. “So often we are targets of violence, we experience discrimination disproportionately to the rest of the community.”

Even well-intentioned people, Tutera said, can be guilty of gender policing by focusing on what society may regard as normal.

“It’s actually nobody’s business whether you’re a man or a woman,” Tutera said. “My saying that may not make sense to some people, and certainly I can understand. But the moment you take that step from speculating in your mind to asking someone, point blank, about their identity, you’re making just such a terrible mistake. There are so many different identities, and this is just part of that.”

Companies that offer custom-made clothing for transgender and gender non-conforming people are coming to the forefront, as more diverse models gain visibility in the fashion industry — and redefine the parameters of gender identity. Ivette Feliciano reports.