WASHINGTON — A lawyer tapped to lead a task force at the Environmental Protection Agency overseeing cleanups at the nation’s most polluted places worked until recently for a top chemical and plastics manufacturer with a troubled legacy of creating some of those toxic sites.

Steven D. Cook has been named as the new chair of the Superfund Task Force, which EPA Administrator Scott Pruitt created last year to revamp how the agency oversees cleanups at the more than 1,300 toxic sites. 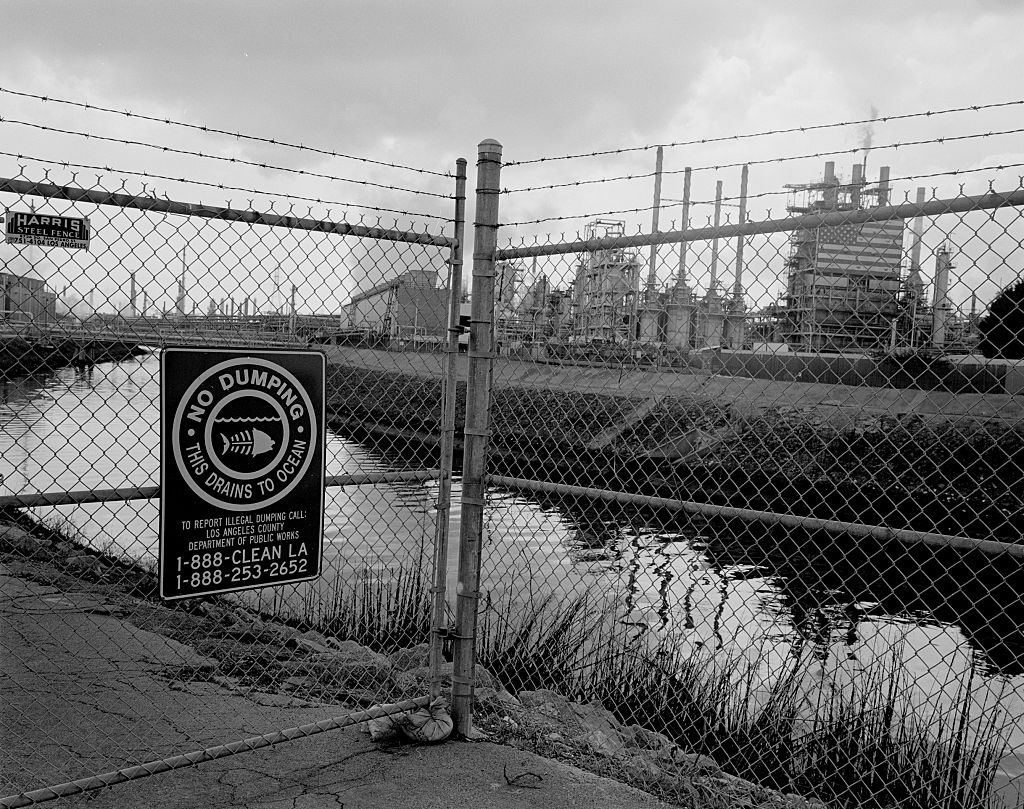 Industrial factories sit alongside a canal leading directly into the nearby Paccific Ocean in Torrance, California, next to Los Angeles. A nearby chemical factory producing DDT in the 1970’s, which has now been torn down and declared a superfund site, has polluted a lare area of the Paciffic. It is estmated that sea birds and mammals will be effected by the DDT for hundreds of years. Photo by Andrew Lichtenstein/Corbis via Getty Images

Before beginning work in February as deputy assistant administrator for EPA’s Office of Land and Emergency Management, Cook served more than 20 years as in-house corporate counsel for LyondellBasell Industries — one of the world’s largest plastics, chemicals and refining companies.

EPA records show that LyondellBasell and its subsidiaries are listed as being potentially responsible for at least three dozen Superfund polluted sites.

An analysis by The Associated Press shows that nearly half the political appointees hired at EPA under President Donald Trump have industry ties. Of more than 60 EPA hires tracked by the AP over the last year, about one-third worked as registered lobbyists or lawyers for chemical manufacturers, fossil fuel producers or other EPA-regulated companies.

Trump promised as a presidential candidate to drain the swamp in Washington. An executive order signed two weeks after his inauguration bars former lobbyists and corporate lawyers from participating in any matter they worked on for private clients within two years of going to work for the government.

Following a request by AP, EPA provided a copy of an April 20 memo Cook signed recusing himself from participating in regulatory matters involving LyondellBasell. However, as stated in the letter, Cook can participate in matters affecting his former employer as long as his actions would also impact at least five similarly situated companies.

“All EPA employees receive ethics briefings when they start and continually work with our ethics office regarding any potential conflicts they may encounter while employed here,” said Lincoln Ferguson, an EPA spokesman. “Steven Cook is no different.”

It was not immediately clear whether Cook would be allowed to participate in decisions involving LyondellBasell, anyway. AP reported in March that White House counsel Don McGahn has issued at least 37 ethics waivers to key administration officials, including three working at EPA, that allow them to help regulate the very industries from which they previously collected paychecks even after signing recusals. It was not clear whether Cook was granted a waiver, and Ferguson did not respond to AP’s inquiries on the subject.

Lyondell Chemical Co., a Houston-based subsidiary of LyondellBasell, agreed to pay $250 million in 2010 to settle environmental claims and provide cleanup funds for 15 properties across the country as part of bankruptcy proceedings.

Another subsidiary of the Dutch chemicals conglomerate, Equistar Chemicals, agreed in 2007 to spend more than $125 million on pollution controls and cleanup costs to address a myriad of air, water and hazardous waste violations at seven petrochemical plants in Texas, Illinois, Iowa and Louisiana. Court filings made as part of the company’s legal settlement with the Justice Department, and EPA listed Cook as the primary contact for Equistar.

LyondellBasell subsidiaries are identified as a responsible party on dozens of Superfund sites. The companies set aside funds for cleanups before emerging from bankruptcy.

“LyondellBasell resolved its Superfund obligations nearly a decade ago,” said Pattie Shieh-Lance, a corporate spokeswoman in Houston. “The company does not currently have any such obligations.”

Cook is taking over as chair of the Superfund Task Force following the resignation of Albert “Kell” Kelly, a longtime friend and business associate of Pruitt’s. AP reported in August that federal banking regulators had banned Kelly, who previously the chairman of Oklahoma-based SpiritBank, from banking for life. Members of Congress had been pressing for details about what led to the banking sanctions against Kelly when he quit his EPA job.

Cook’s appointment to lead the task force was first reported by Bloomberg.

He is currently the top political appointee at EPA’s Land and Emergency Management office, which oversees the agency’s response to chemical spills and oversees management of the Superfund program.

Trump has nominated Peter C. Wright to serve as assistant administrator for Land and Emergency Management, but he has not yet been confirmed to the post by the U.S. Senate. Wright has worked as a corporate lawyer at Dow Chemical Co. since 1999.

Left: EPA chief Scott Pruitt, who announced Thursday that he was resigning, had a lasting impact on U.S. energy and environmental policy. File photo by Joshua Roberts/Reuters