He’s been searching the waters of Lake Michigan near tiny Poverty Island for decades, and now shipwreck hunter Steve Libert thinks he has found the remains of the Griffin, used by a 17th-century French explorer. Libert told The Associated Press, “This is definitely the Griffin — I’m 99.9 percent sure it is.” 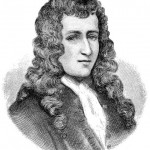 The ship was built and launched on the Niagara River by Robert de La Salle in the summer of 1679. It’s believed to be the first European designed ship to sail the upper Great Lakes, but it never made it past its maiden voyage. It went missing with six crew members and a load of furs in September of the same year.

Libert said his Great Lakes Exploration dive team found wooden planks, nails and pegs strewn across the floor of the lake, but no cannons or other artifacts that would specifically link it to the Griffin. The remnants bear similarities to another of La Salle’s ships, La Belle, that sank near the Gulf of Mexico. French underwater archaeologists who helped search the Lake Michigan site last year said Libert’s findings are “encouraging.”

“The wooden remains that have been observed could correspond to a wreck,” said Michel L’Hour, an authority on shipwrecks in the French Ministry of Culture.

Another group of archaeologists brought in to examine a large beam pulled out of the water last summer believe it is likely an old stake from a fishing net, dating it to post-1850.

The Great Lakes Shipwreck Museum estimates there are more than 6,000 ships that have been lost on the Great Lakes, and 30,000 lives.