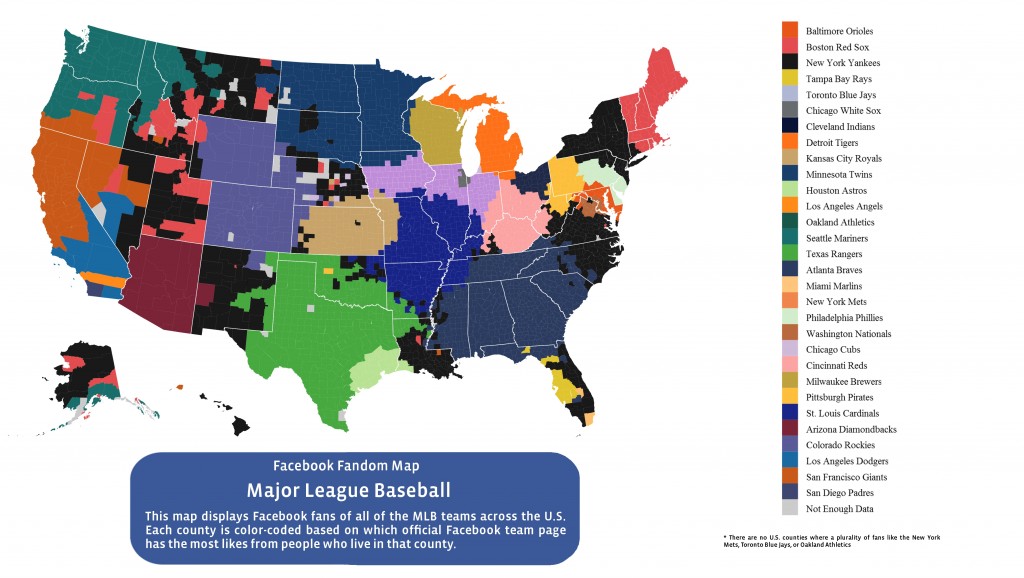 As Major League Baseball opens up Monday, most MLB ball clubs across the United States will be suiting up to take to the field for the first season games in five months. But, as fans turn on their televisions or flock to the ballpark to watch their favorite teams, which colors will they be wearing?

Facebook Data Science has answered the question with a new map that breaks down the most “liked” teams on Facebook by county. From a Red Sox-dominated New England and a Giants-Dodgers split in California to a Yankees fandom that not only captures New York, but large areas across the country — each team captures at least a little part of the country.

That is, unless you’re the New York Mets, Toronto Blue Jays or Oakland Athletics — which did not capture any particular U.S. county. Never fear, a World Series victory could always change that — after all, there’s only 162 games to play before the playoffs.