NEW YORK (AP) — Kate Spade, a fashion designer known for her sleek handbags, was found dead in her Park Avenue apartment Tuesday in an apparent suicide, police said. She was 55.

Spade’s body was found by a housekeeper not long after 10 a.m., police said at an afternoon news conference. Her husband and business partner Andy Spade was in the apartment at the time.

The police department’s chief of detectives, Dermot Shea, said that while investigators were still in the early stages of their inquiry, evidence including the state of the apartment and the presence of a note pointed to “a tragic suicide.”

It’s not clear how long Spade had been dead. The medical examiner will perform an autopsy.

The couple’s 13-year-old daughter was at school. Shea wouldn’t discuss what was in the note, but law enforcement officials told The Associated Press that, among other things, it contained a message to the teenage girl telling her it was not her fault. The officials were not authorized to speak publicly and spoke on condition of anonymity.

“We are all devastated by today’s tragedy.”

“We are all devastated by today’s tragedy,” her family said in a statement through a spokesman. “We loved Kate dearly and will miss her terribly. We would ask that our privacy be respected as we grieve during this very difficult time.”

A crime scene truck was parked outside their building on Manhattan’s Upper East Side, and barriers had been set up to keep back reporters and gawkers who were arriving to the building.

The company she founded and later sold, Kate Spade New York, now has over 140 retail shops and outlet stores across the U.S. and more than 175 shops internationally.

Julia Curry, a spokeswoman for the company, said that “Kate will be dearly missed” and “our thoughts are with Andy and the entire Spade family at this time.”

“Her creative light and bright mind will be greatly missed,” Hall wrote in a statement.

Kate Spade was born Katherine Brosnahan and grew up in Kansas City, Missouri. 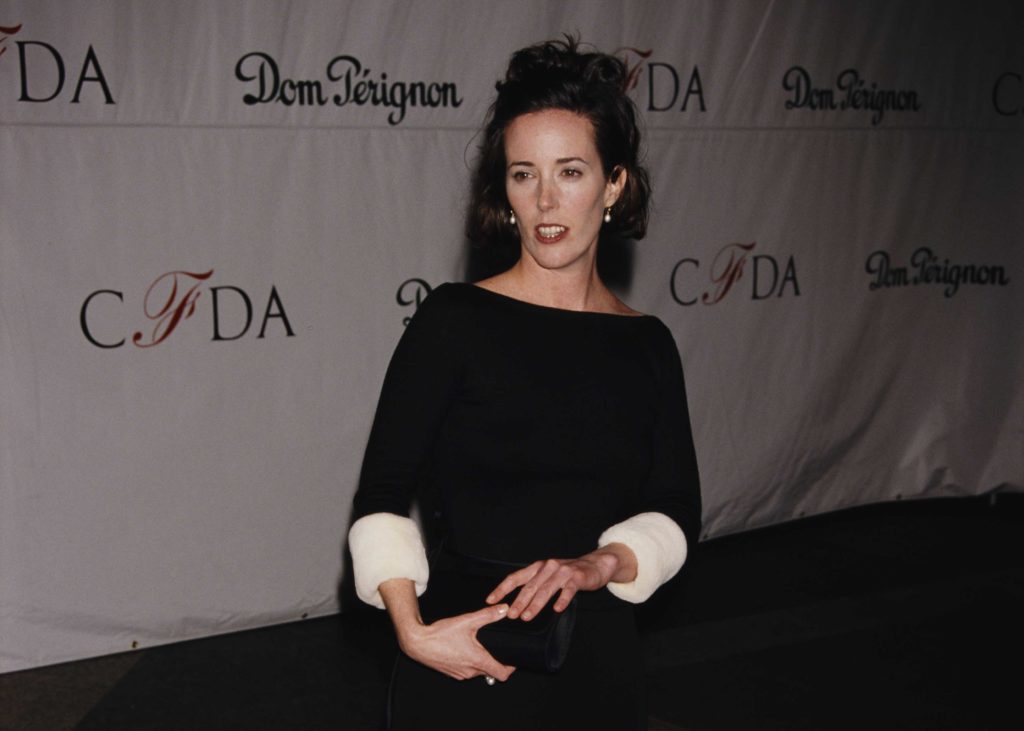 She was working as an accessories editor at Mademoiselle magazine when she launched her company with husband Andy in their New York apartment in 1993. She started the company based on six shapes of bags that she thought every working woman needed. It created a smash.

“I grew up in the Midwest, where you have to have it (a fashion item) because you like it, not because you’re supposed to have it,” she told the AP in 2004. “For our customers, fashion is in the right place in their life. It’s an adornment, not an obsession.”

From the original boxy handbags, she expanded into shoes, luggage and other accessories, as well as a home line, stationery, and three books. Spade won multiple awards from the Council of Fashion Designers of America and was named a “giant of design” by House Beautiful magazine.

“As an accessory, a great bag that takes the outfit somewhere else is interesting,” she told the AP in a 2000 interview.

She walked away from the company in 2007, a year after it was acquired from the Neiman Marcus Group for $125 million by the company then known as Liz Claiborne Inc.

Meanwhile, Spade and her husband — brother of comedian David Spade — started a new handbag company a few years ago, Frances Valentine. And she changed her name to Katherine Noel Frances Valentine Brosnahan Spade.

“I will never forget the first Kate Spade bag I got for Christmas in college,” Jenna Bush Hager tweeted. “She was a trailblazer. Her life and death are a reminder that pain doesn’t discriminate. Sending love to her family.”