Last month was one of the coldest ever recorded in some U.S. cities

This past February was one of the coldest months ever recorded in a number of cities across the United States, NBC news reported. Cities in the Northeast and Midwest in particular were hit with record-breaking cold temperatures.

According to local media reports, in Cleveland, February of 2015 was the coldest ever recorded and in Detroit, temperatures reached the coldest in 140 years. 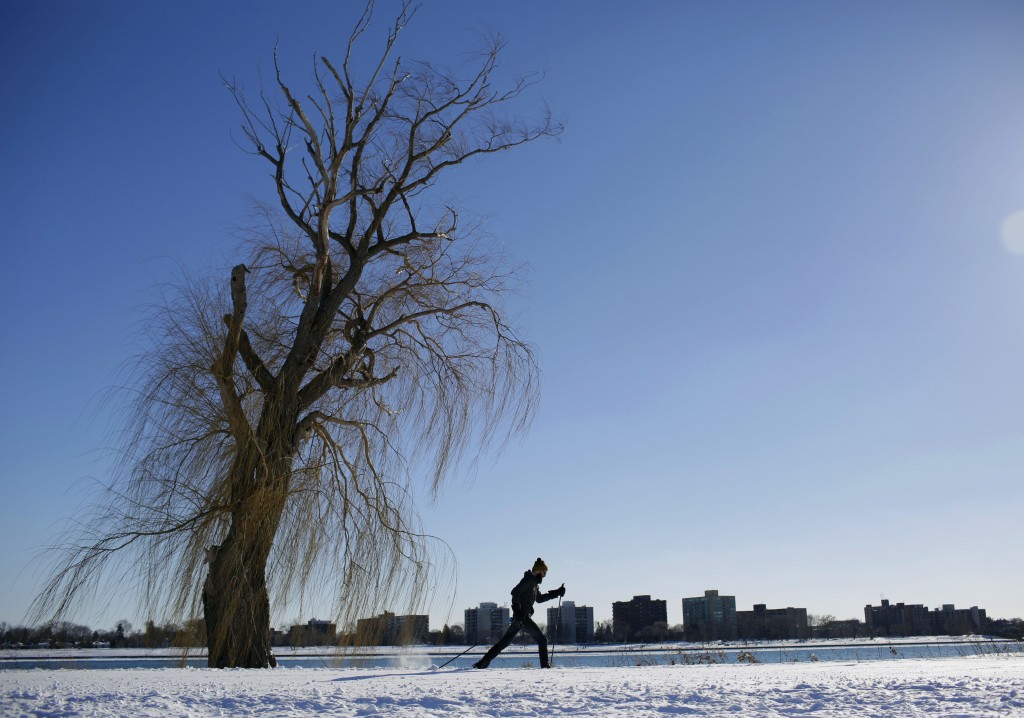 A man cross country skis along the Detroit River on Feb. 2, 2015 in Detroit, Michigan. During the month of February in Detroit, temperatures reached the coldest in 140 years, according to local news reports. Credit: Joshua Lott/Getty Images

In New York City, residents have endured the coldest February since 1934, the New York Times reported.

What’s unusual wasn’t the cold itself, but rather its persistence. “Usually these patterns last for a week or so,” Corey Bogel, a meteorologist for the National Weather Service in Caribou, told NBC News. “In this case it’s been the whole month.”

The first day of March felt much like the last day of February for many in the Northeast and Midwest, as Winter Storm Sparta brought in a fresh blanket of snow this weekend.

In addition to injuries and transportation difficulties, the extreme cold can pose an additional strain on low-income families struggling to heat their homes.

Despite the cold hammering much of the country, California is still experiencing one of its warmest and driest winters in history.

Left: A woman walks along a path past mounds of snow and ice along Lake Michigan in Chicago, Illinois, February 26, 2015. This February was the coldest on record for many cities across the US. Photo by Jim Young/REUTERS.