A request from the Standing Rock Sioux Tribe to halt construction of a controversial pipeline in North Dakota was denied by a U.S. District Court judge.

Tribal officials have argued that the pipeline would affect cultural and historical sites on the reservation and possibly taint the water supply via leakages, causing “irreparable harm.”

But Judge James Boasberg said in his ruling that “the Tribe has not shown it will suffer injury that would be prevented by any injunction the Court could issue.”

Friday’s decision over the fate of the $3.8 billion Dakota Access Pipeline, which runs through four states, followed weeks of mounting protests from Standing Rock tribal officials who have become increasingly worried about the pipeline being a half-mile from the reservation.

The Standing Rock Sioux Tribe sued the United States Army Corps of Engineers in late July to block construction of the pipeline.

The tribe also said construction of the pipeline has already run through sacred burial sites. The pipeline’s owner Energy Transfer Partners has denied the allegations. 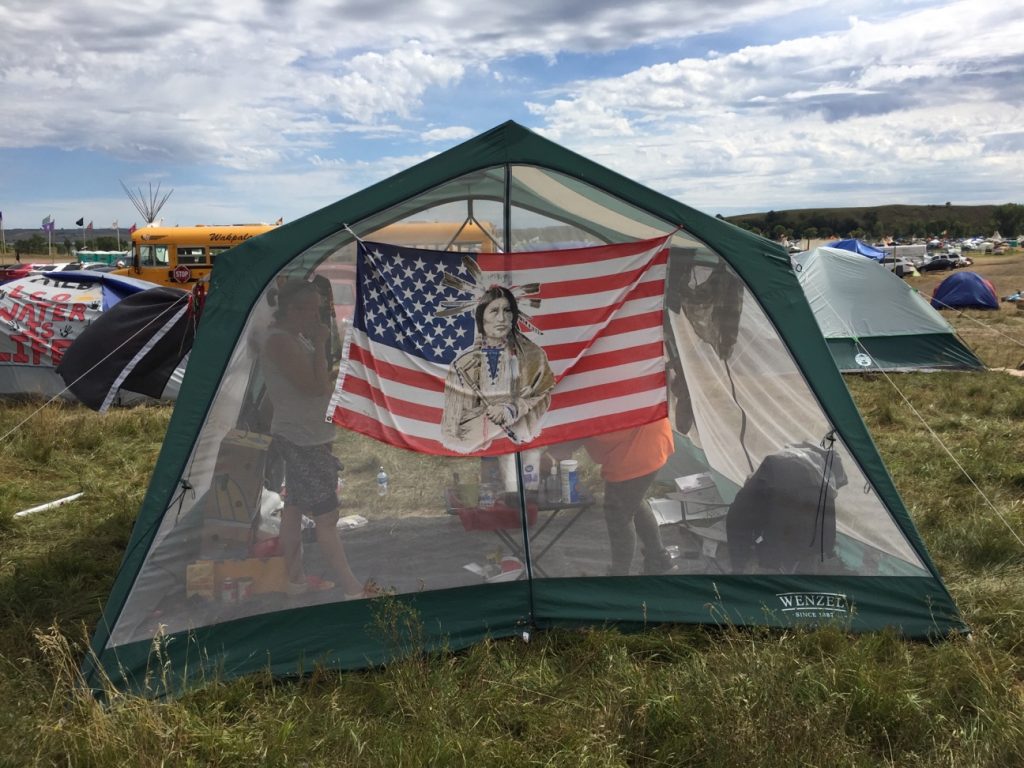 Tents stand in an encampment built by protesters who hope to stop construction of the Energy Transfer Partners’ Dakota Access oil pipeline in North Dakota. Photo by Mike Fritz

The Justice Department, along with the U.S. Army and Interior Department, said in a joint statement today that it would “not authorize constructing the Dakota Access pipeline on Corps land bordering or under Lake Oahe until it can determine whether it will need to reconsider any of its previous decisions.”

The department also requested that Energy Transfer Partners “voluntarily pause all construction activity” within 20 miles east or west of the lake. It added: “This case has highlighted the need for a serious discussion on whether there should be nationwide reform with respect to considering tribes’ views on these types of infrastructure projects.”

Protests began in April at the start of construction for the 1,170-mile oil pipeline, which runs under the Missouri River. Members of the Standing Rock Sioux Tribe began to gather outside the North Dakota town of Cannonball.

More than 1,000 people had descended on the protest site prior to Friday’s decision, the Billings Gazette reported.

On its website, Energy Transfer Partners said the pipeline will carry around 470,000 barrels of oil per day from North Dakota to Illinois.