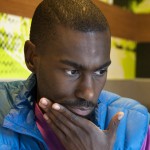 Column: August is the month of our discontent

Mike Brown should be alive today. He should be home from his first year at college, visiting friends and enjoying summer as he prepares to return to campus. 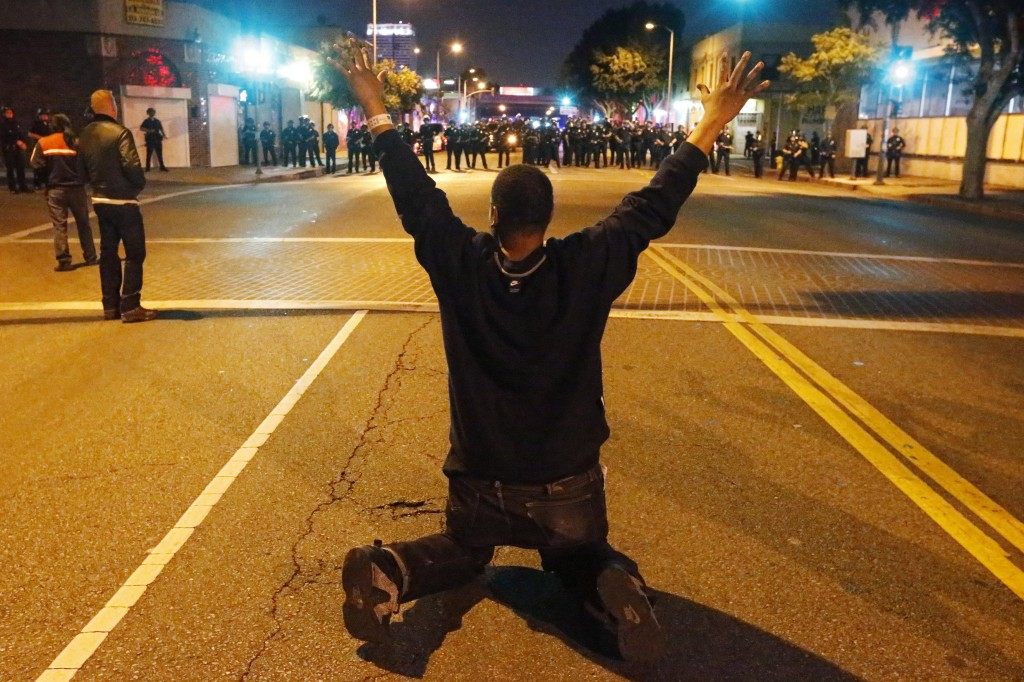 A man kneels in the road in front of a line of police during a demonstration in Los Angeles, California November 24, 2014, following the grand jury decision in the shooting of Michael Brown. REUTERS/Lucy Nicholson

I will always remember that the call to action initiating the movement was organic — that there was no organizing committee, no charismatic leader, no church group or school club that led us to the streets. It is powerful to remember that the movement began as everyday people came out of their homes and refused to be scared into silence by the police. It is powerful, too, to remember the many people who came to stand with us in Ferguson, the many people who were radicalized in the streets of St Louis and then took that deep spirit of resistance to their own cities and towns, leading to sustained unrest across the United States.

In those early days, we were united by #Ferguson on Twitter – it was both our digital rallying cry and our communication hub. Back then, we were on the cusp of learning how to use Twitter as an organizing tool in protest. And once the protests began to spread, we became aware of something compelling and concise, something that provided common language to describe the protests: the hashtag #BlackLivesMatter.

Social media allowed us to become our own storytellers. With it, we seized the power of our truth.

As marginalized people, we have always faced erasure: either our story is never told, or it is told by everyone but us.

If not for Twitter and Instagram, Missouri officials would have convinced you, one year ago, that we simply did not exist. Or that we were the aggressors, rather than the victims. That we, and not they, were the violent ones.

But social media was our weapon against erasure. It is how many of us first became aware of the protests and how we learned where to go, or what to do when teargassed, or who to trust. We were able to both counter the narrative being spun by officials while connecting with each other in unprecedented ways. Many of us became friends digitally, first. And then we, the protestors, met in person.

Social media allowed us to become our own storytellers. With it, we seized the power of our truth.

There is nothing romantic about teargas. Or smoke bombs, or rubber bullets, or sound cannons. 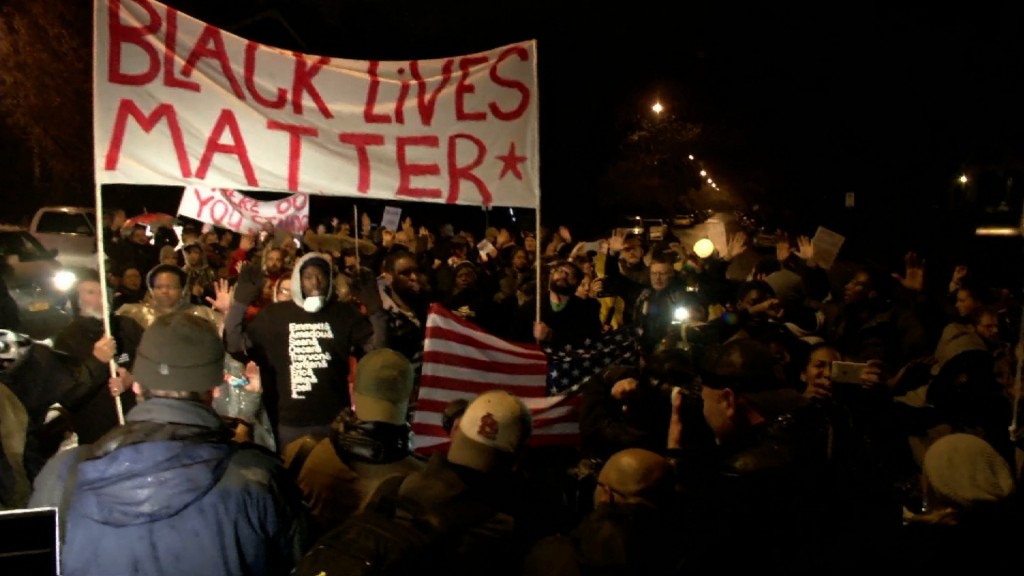 Protests are expected around the country after the announcement from the St. Louis County prosecutor’s office on the grand jury’s decision involving police officer Darren Wilson.

I remember these moments because they happened. Not because I enjoyed them, or because I want to re-live them. I remember the way the teargas made my face sting — I remember the time that officer shot pepper spray into my left eye as I was leaving a protest — because these things happened. They happened in 2014, during a period in America when many were seduced into believing that the police were infallible or that these things would never happen in America.

I am often asked what it is like to be on the “front line”. But I do not use the term “front line” to describe us, the protestors. Because everywhere in America, wherever we are, our blackness puts us in close proximity to police violence. Some of us have chosen a more immediate proximity, as we use our bodies to confront and disrupt corrupt state practices. But every black person is in closer proximity to police violence than we sometimes choose to acknowledge: in many ways, we are all on the “front line” – whether we want to be or not.

This August, we remember Mike Brown. But we also remember the Watts Rebellion, and the trauma of Katrina — three distinct periods of resistance prompted or exacerbated by police violence.

Resistance, for so many of us, is duty, not choice.

In a year, the truth about police violence has been exposed. And the truth alone has been so damning that it has radicalized people all across the world. It is now commonplace for people and even the mainstream media to question police narratives.

In the past year, the movement has focused primarily on police violence that can be seen and its impact, centered on broken bodies and death. But the police are violent in ways that cannot always be seen — the violence against the hearts, minds and souls of black folk. We must begin to address the sexual and emotional violence inflicted upon us by the police, too. We must begin to address the assaults on our self-worth and potential, too.

Naming this violence means one thing: the police and the state must change. It is not our job to shift the skin and identities into which we were born. It is up to systems of law enforcement, and the systems and structures that sustain its presence, to change.

The work in protest for the past year largely focused on exposing and convincing — in peeling back the layers of police and state violence and helping people understand. In that sense, the movement did well. As we move forward, there is an acknowledgment that strategies and tactics will change — that the strategies and tactics we used to expose and convince may not be those used to solve the problem.

As much as this fight is about systems and structures, it is also a fight about hearts and minds. We will work hard to teach people that the safety of communities is not predicated on the presence of police — that safety is a more expansive notion than policing. Safety is strong schools, access to jobs, workforce development and access to healthcare, among many other things.

The solution-work will likely fall into two separate but critically related areas: removing barriers, and building and rebuilding.

There is much to be done to tear down systems and structures that oppress people, like mandatory minimum sentencing, broken-windows policing and police contracts that provide officers with protections that ensure they will never be held accountable for the crimes they commit.

And just as a path through a mountain is made passable not just by removing the stone but by supporting the mountain from crumbling back in on itself, we know that no barrier will ever truly be removed until a corresponding structure, system or policy has positively taken its place. In the place of mandatory minimums and broken windows must be a sensible approach to policing, particularly drug enforcement and proactive community building strategies. Contracts must be rewritten and police policies adjusted so that police and citizens alike receive the same set of protections and presumption of innocence under the law.

There is no one solution that will end police violence. Our work in the coming phase will be to help people understand a set of complex solutions, simply.

We are, and have always been, more than our pain. We will win.

This article was first published in The Guardian on August 9, 2015. Find the original story here.

DeRay McKesson is an activist and organizer.