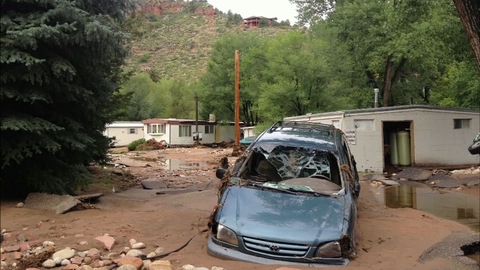 The last six people unaccounted for in the aftermath of the massive Colorado floods have been found safe and sound after authorities were able to make contact, the AP reports. More than 1,200 people were listed as unaccounted for in the days after the flooding began on September 12, though the list shrank as authorities were contacted by the names in question once they were evacuated. Five of the final six people made contact once their names were made public and the last one was found after investigators realized they had the person in question’s last name spelled incorrectly.

The flooding has damaged or destroyed around 2,000 homes and left eight people dead.