Slager, who is white, pleaded guilty in federal court to violating Scott’s civil rights by using excessive force after a state murder trial resulted in a hung jury last December. The guilty plea was part of an agreement last May, in which federal prosecutors dropped state murder charges but kept the federal civil rights charges.

Slager’s sentencing is a rare conviction among police shooting cases, which have often ended in acquittals and mistrials.

On Thursday, Norton said the shooting was second-degree murder, not manslaughter, as Slager’s lawyers had suggested. Slager’s sentencing, though handed down through a plea agreement and not a jury trial, is a rare conviction in police shooting cases, which have often ended in acquittals and mistrials. Among recent high profile killings of unarmed black people, Slager is one of the only officers to receive prison time.

In April 2015, Slager pulled Scott over during a routine traffic stop, and Scott ran from the police officer. Slager then shot him several times in the back. Slager originally said the two had fought for his taser, and he shot Scott in self-defense. But a bystander captured the altercation on video, showing an unarmed Scott fleeing moments before the shooting. 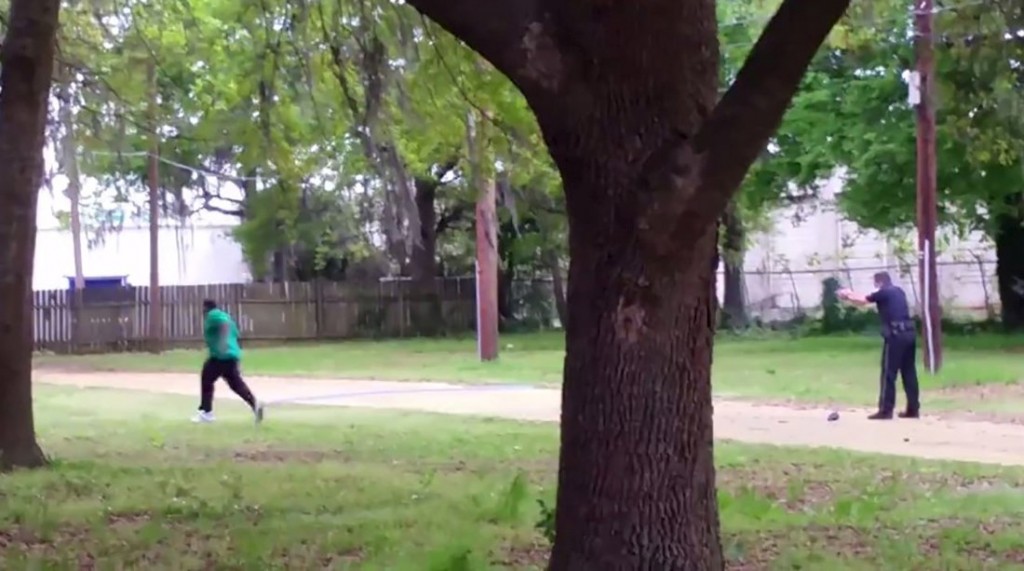 North Charleston police officer Michael Slager, right, is seen shooting 50-year-old Walter Scott in the back as he runs away, in this still image from video in North Charleston, South Carolina taken April 4, 2015. Handout photo via Reuters

The video also appeared to show Slager dropping the taser next to Scott. Slager had testified he was trying to secure the weapon, but the prosecution said Slager embellished his story. Norton found Slager obstructed justice by lying about what happened.

The sentencing came after the judge heard from friends and family of Scott, including his brother, Anthony Scott.

“I’m not angry at you, Michael,” Anthony Scott said. “Michael, I forgive you, and Michael, I do pray for you now and for your family, because we’ve gone through a traumatic time.”

Slager later thanked the Scott family for their forgiveness.

After the sentencing, Scott’s younger brother, Rodney Scott, said the family was thankful for the sentence.

Biden says he would push for less U.S. reliance on nuclear weapons for defense

Ginsburg’s body will lie in repose at Supreme Court