At Fort Hood, Wounded Soldiers’ Mission Is to Heal

The largest army base in the United States is in the middle of Texas, hours south of Dallas, hours west of Houston and a good bit north of Austin and San Antonio. Like I said, the middle. Waco, an aspirant to the title “Buckle of the Bible Belt,” and scene of the Branch Davidians‘ fiery last stand, is a short drive to the north of Killeen, home of Fort Hood.

A team from the NewsHour and London-based Independent Television News came to Texas to take a look at the care given to soldiers returned from Afghanistan and Iraq, and those hurt on base, in training or while deployed.

You may remember the outrage that met the revelations from Walter Reed Army Medical Center in Washington where severely wounded soldiers got lost in the system with little follow-up for horrendous injuries and a breakdown in systems to check their progress. The Army swore it would do better, and redesigned its programs from top to bottom. A much-improved regime emerged, but one that still needed improvement.

And it was also the site where Army Psychiatrist Major Nidal Hasan is accused of going on a shooting rampage, killing 13 and wounding dozens more.

Keep in mind that thousands of men and women have returned to the United States from the wars of the 21st century who would have died earlier in our history. Gruesome injuries from bombings, shootings and burns no longer end with a white burial marker in a military cemetery thanks to advancements in treatment.

Instead the Army, and a soldier’s family, has a living, breathing human being to deal with — often severely disabled, unable to work, emotionally scarred or neurologically damaged. The young, fit 22-year-old infantryman has a heart and constitution that will keep a brain-damaged vet’s body going for many years.

In a system designed after the massive build-down of the military after Vietnam and the Cold War, we have taken the “just in case” contingency force of the National Guard and Reserves, and made it a core part of the war effort for almost a decade.

Men and women who expected to be called to active duty on an emergency basis have seen multiple deployments. Police officers and EMTs from suburban counties who did National Guard duty across the year are now in uniform for years at a time, and have seen some of the worst fighting of the post-9/11 wars.

American forces have been in Afghanistan and Iraq far longer than it took to fight the Second World War. The Army is stretched. The systems for providing family services and post-deployment care are stretched.

What NewsHour producer Daniel Sagalyn and I saw at Fort Hood was a smart, caring response to wounded men and women that provides what they need, when they need it for most soldiers. The Wounded Warrior Transition Brigades get high marks from the people who get what they need, and a failing grade from those whose particular problems don’t fit neatly into the planning.

“One doctor told me I was harder than I was smart.” It was a funny and revealing remark from Sgt. 1st Class Karl Pasco, a career non-commissioned officer who has been badly wounded twice during deployments in Iraq. His face and neck are deeply scarred. His jaw has to be rebuilt after a projectile of molten metal hit him in the shoulder and face while on patrol. 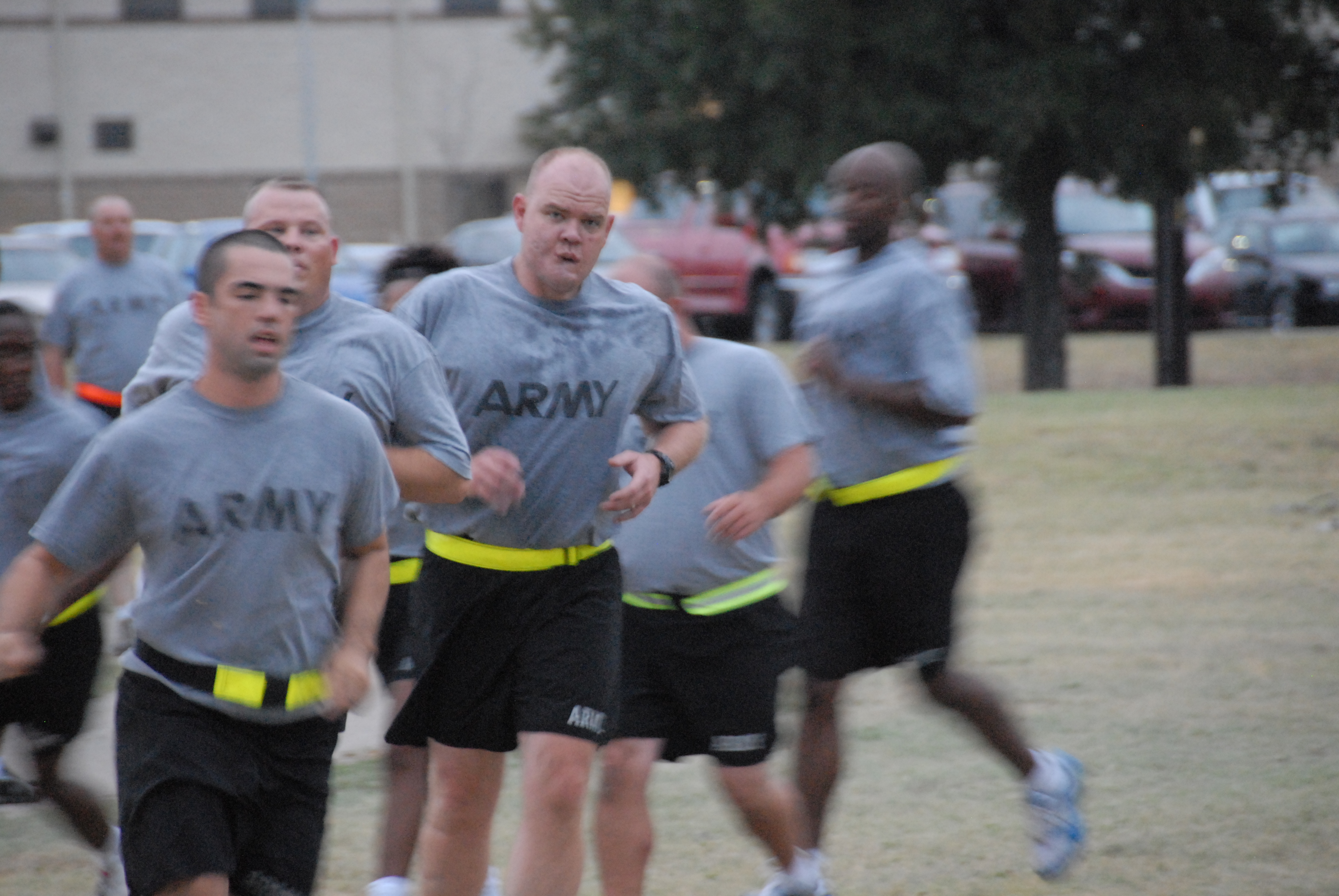 When he runs during morning physical training you can see how differently his right arm behaves after a severe shoulder injury. He loves the Army. He loves the young men he commands. He is at one moment nonchalant about all he’s been through, and the next nervously wiping away the spittle that gathers around his lips because of the incomplete reconstruction of his damaged mouth and jaw. More surgeries await.

Pasco was in Walter Reed during the worst of the scandal, recovering from battle wounds. He jokes that he doesn’t have much of an opinion about it because he was unconscious much of the time. But he remembers enough from his time at the famed Washington hospital to endorse the new system over the old one. He told me the social workers and care managers look out for him, and make sure he gets to all his appointments for treatment. The structure of the Warrior in Transition units means he won’t fall through the cracks, and will get all the treatment he needs to return to active duty.

It is a humbling thing to spend time with a man like Pasco, who has already given too much to the Army, and find he wants nothing more than to continue serving for years to come. He doesn’t mind being pushed by the sergeants who oversee his company. It keeps him on task, accountable and engaged in the work of being a soldier, even while he’s under treatment.

Not everyone agrees with the approach.

After returning from a combat zone, or returning to duty from another injury, every soldier is assessed mentally and physically. Those who are judged to need long-term physical and mental health treatment for multiple injuries are grouped with other soldiers like themselves into the Warrior in Transition brigades.

“Their mission is to heal, and our mission is to help them heal,” said Col. Paul Hassenlopp, a career artilleryman and combat veteran who has commanded the brigade at Fort Hood for the last several months.

Each soldier is given a “profile,” based on their current ability to perform duties, and a set of duties meant to conform to the profile. Soldiers under medication for sleep disorders and pain may be excused from 6:30 a.m. physical training. Soldiers able to appear at the morning workout but recovering from injury may be expected to perform some exercises, but not others.

“I had a dead man’s profile,” one soldier who asked that we not use his name told me. “After coming back from Iraq I had problems with my feet, my knees, my back and my neck. I couldn’t sleep. I was on heavy medication for the pain, and for the sleep. What kind of exercise am I going to do at 6:30 in the morning? And if you’re trying to help me get better, why are you forcing me to go?”

The squad leaders and company commanders told us they won’t make any soldier do things he or she can’t, but common complaints about the non-coms who oversee these units, called “the cadre,” had to do with sleep, injuries and training.

Civilian psychiatrist Dr. Stephen Stahl was brought to Fort Hood by the Army to train caregivers working with the Warriors in Transition units. He observed the new system at work during repeat visits to the base, and crunched the numbers from surveys of soldiers in treatment, nurses and the cadre.

His report gave credit where it was due: Stahl praised the work of mental health professionals from several different disciplines, struggling to meet the massive demand for services on a vast base in the midst of repeat deployments and increasing family strain.

However, Stahl also had misgivings. He said the wait for one-on-one counseling was too long. He said the medical officials on base were relying too heavily on drugs, and said he observed too many cases of people who were on separate drug regimens for pain management and mental health problems who were ending up overmedicated.

Looking over the vast resources marshaled at Fort Hood, and the vast unmet need in mental health care, Stahl said soldiers were “starving in a sea of plenty.” Instead of reducing the wait times for talk therapy by giving more training to registered nurses and physicians’ assistants, as is becoming more common in civilian practice, the Army continued with a system featuring four- and five-week waiting lists for an appointment. 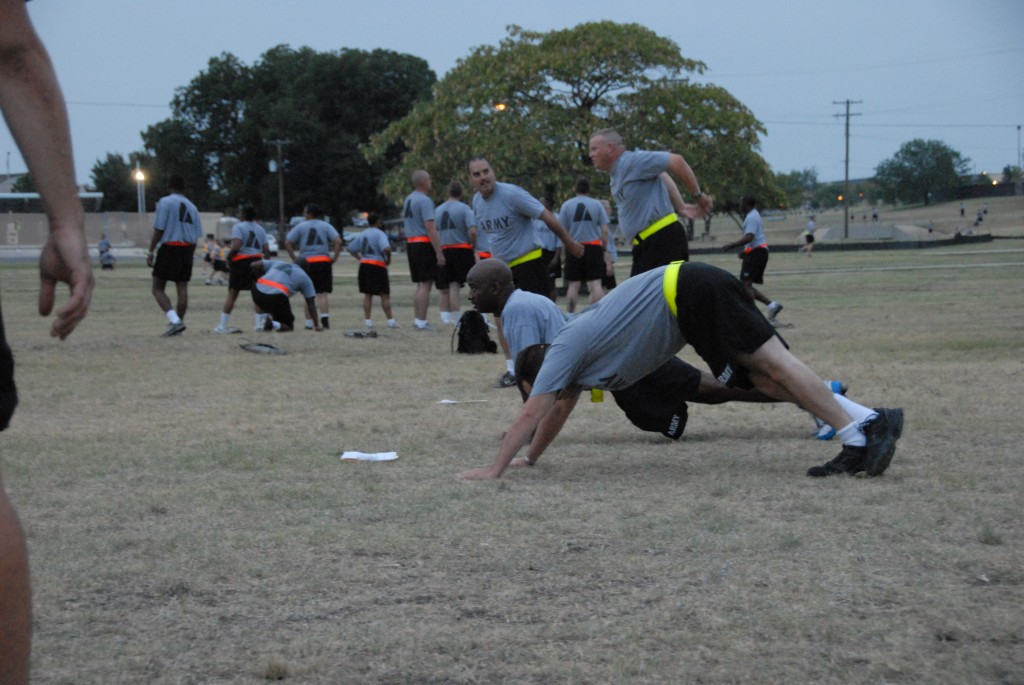 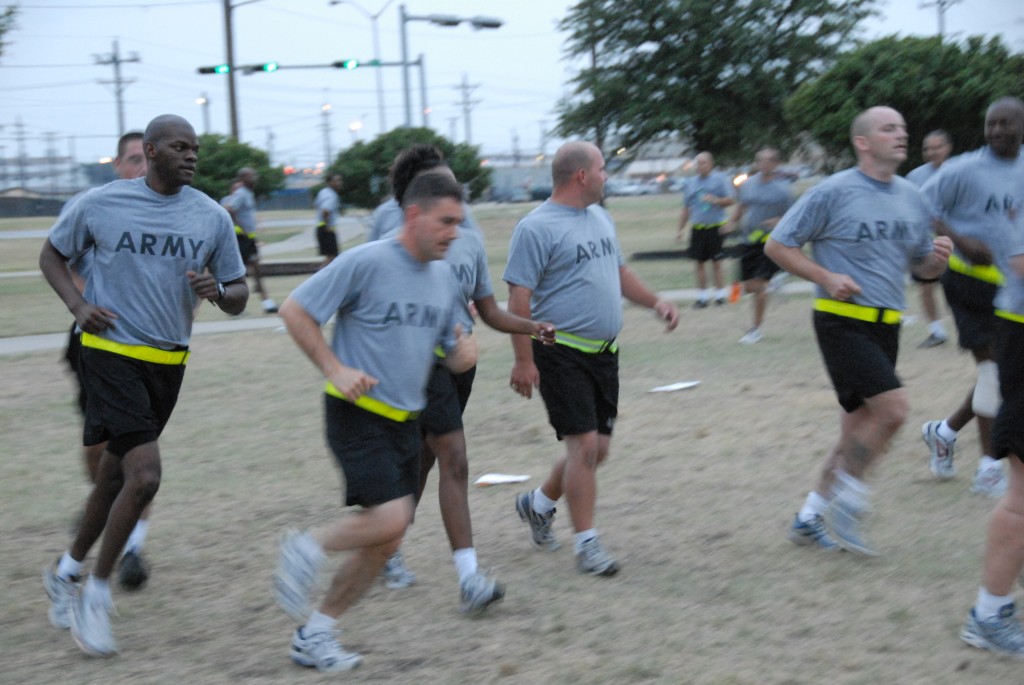 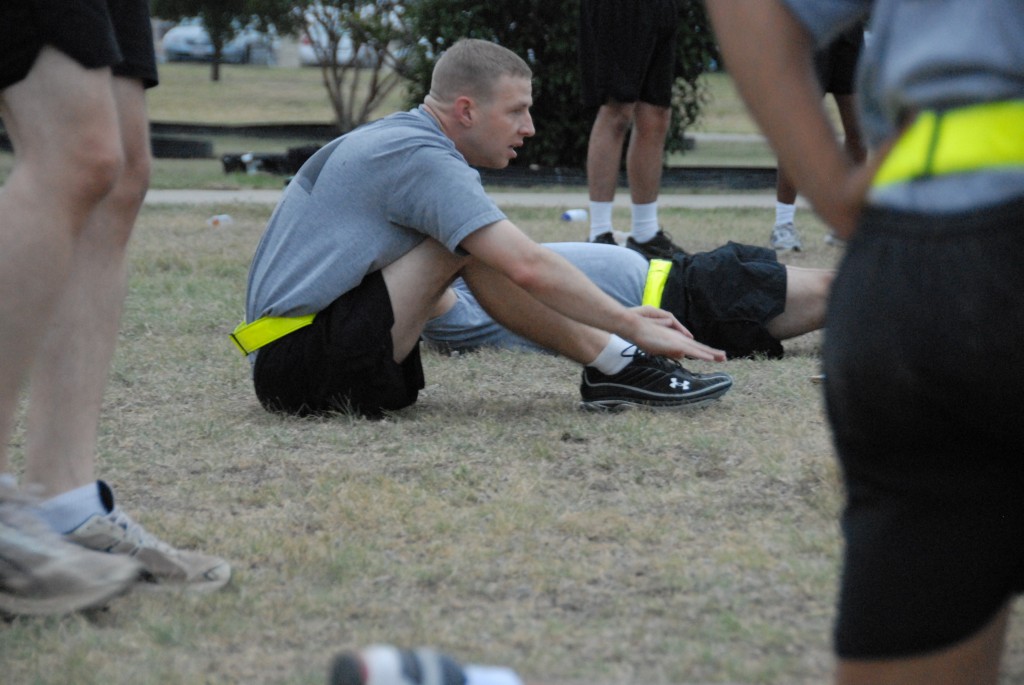 Stretching
The squad leaders and company commanders said they won’t make any soldier do things he or she can’t. 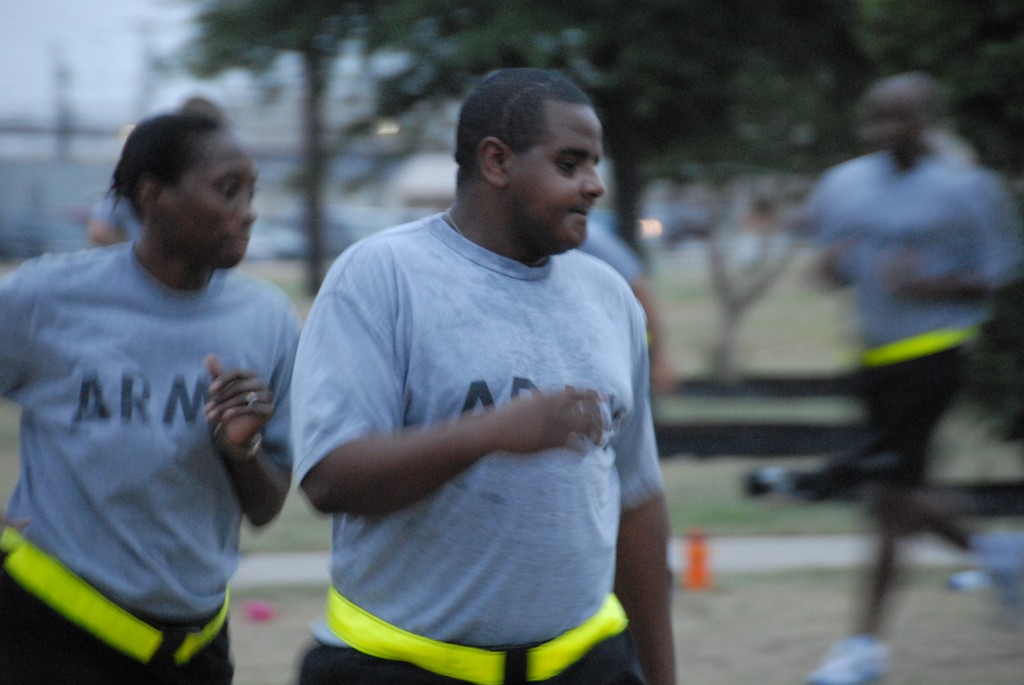 Workout
The morning exercise gets a mixed response. 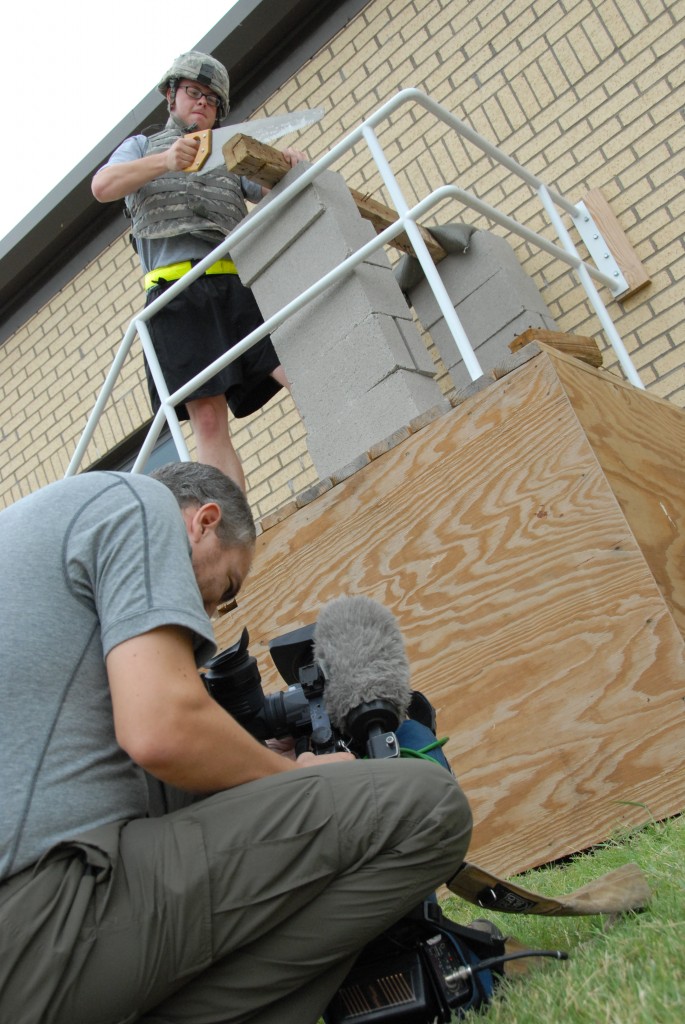 Filming
The NewsHour and a team from Independent Television News look into the treatment of soldiers at Fort Hood. 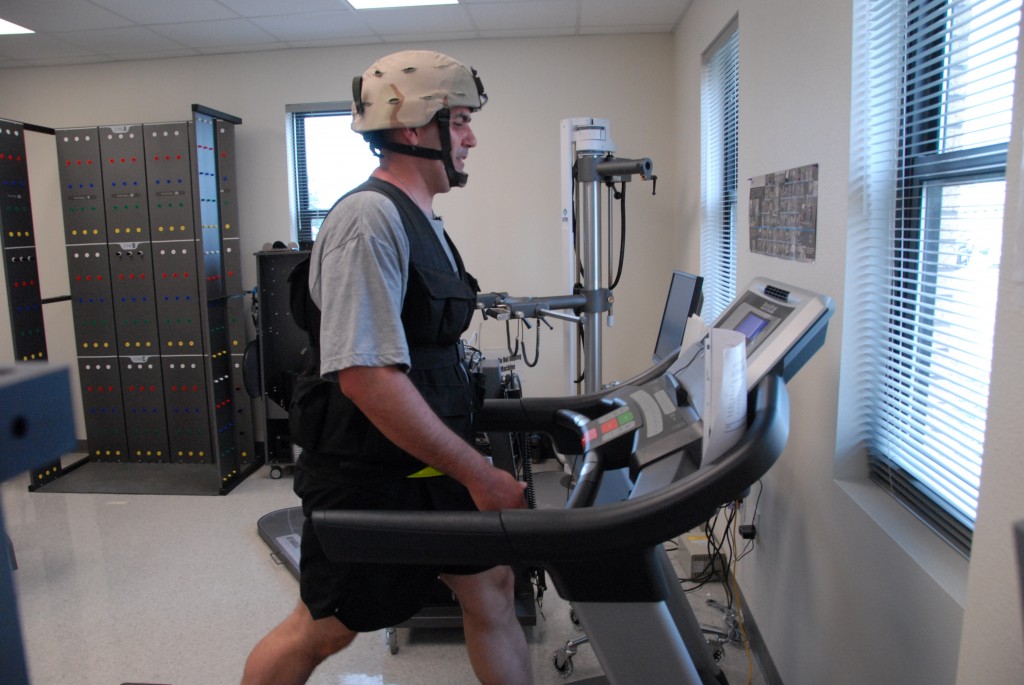 Treadmill Workout
Working out in combat gear adds a layer of exertion. 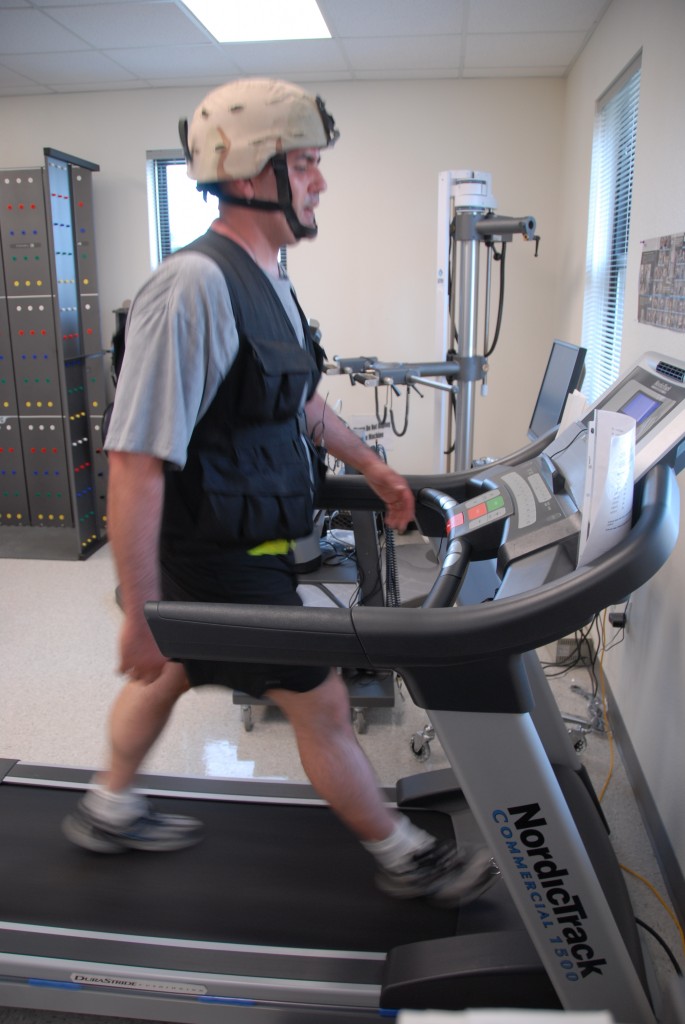 Body Armor
The combat gear, including flack vest and helmet, can weigh as much as 50 pounds. 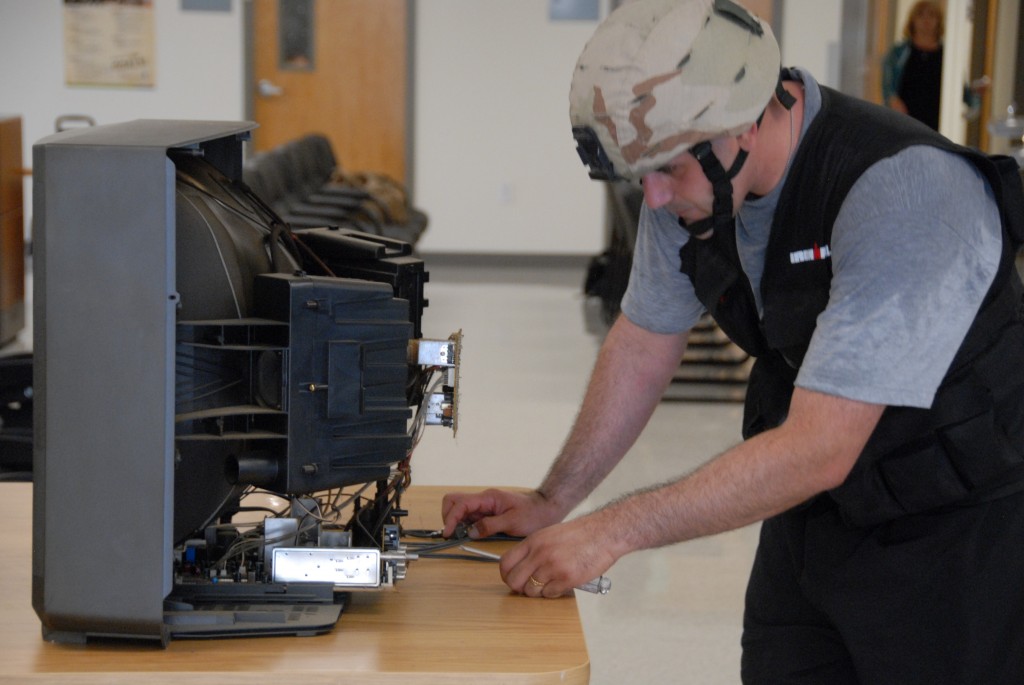 TV Repair
A soldier tries his hand at fixing a donated TV set. 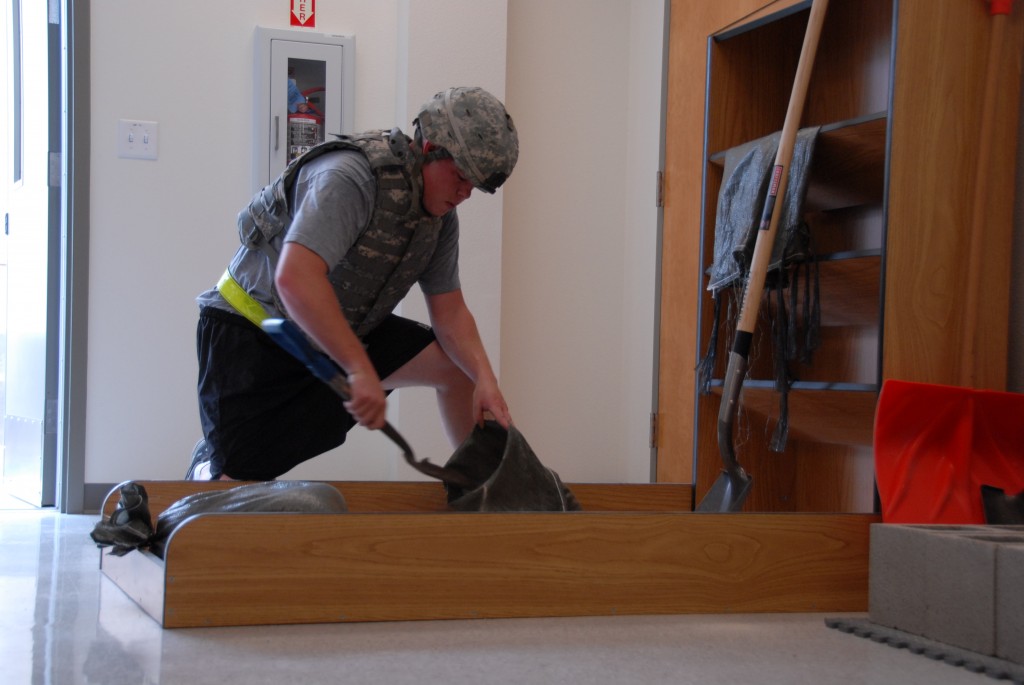 Sand Bags
A soldier in the rehabilitation program fills a bag with sand. 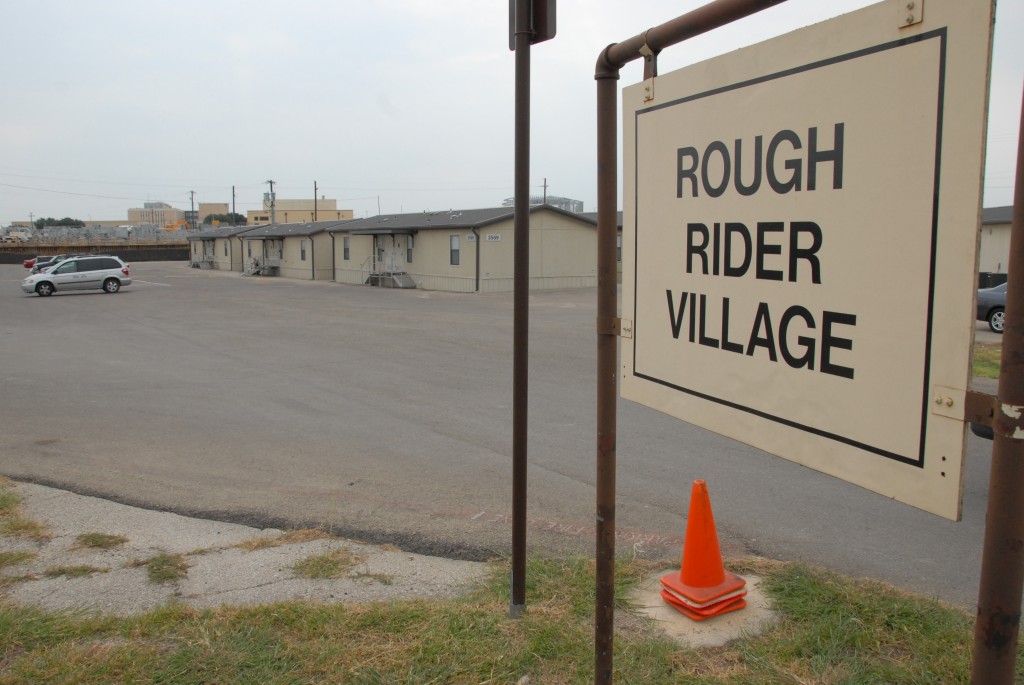 Rough Rider Village
The accommodations for soldiers at Fort Hood 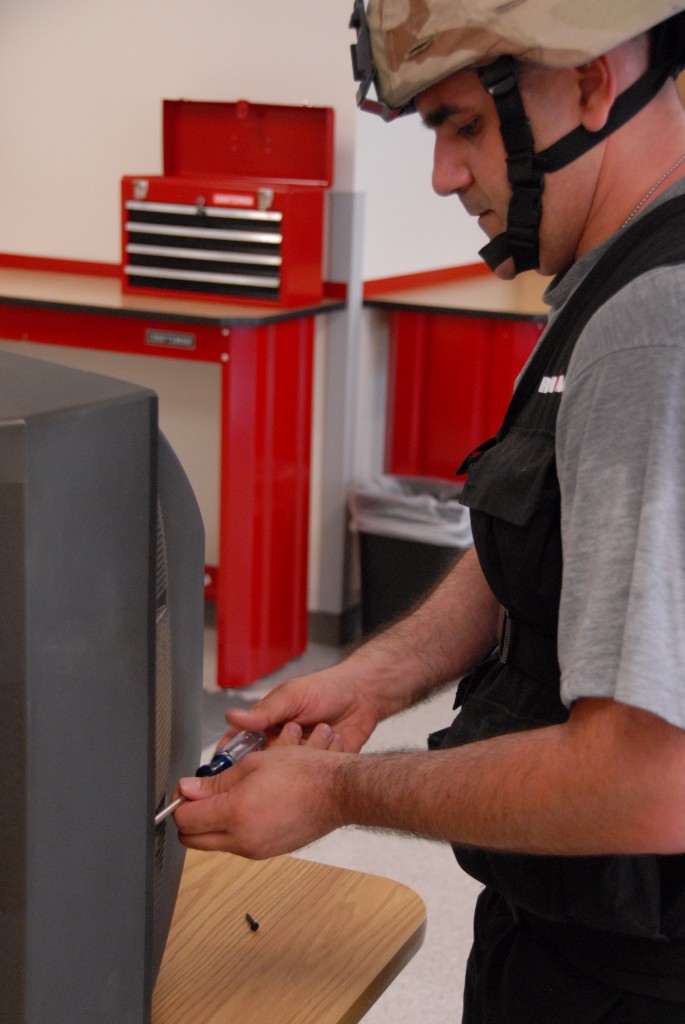 Life after Rehab
The goal of the wounded warriors program at Fort Hood is to prepare soldiers to go back into the field or re-enter civilian life.