Here’s the real reason people in Baltimore are protesting

Scenes of rioting in Baltimore have saturated television and computer screens over the past week, leaving many there, and around the country, fearing for what might come next. But in the days since that initial tumult, violence has given way to peaceful protests.

Riots broke out on Monday afternoon following the funeral service of 25-year-old Freddie Gray, a black man who died of a spinal injury while in police custody on April 19. Since then, protesters have continued to organize peaceful demonstrations throughout the city.

Prior to Maryland state attorney Marilyn Mosby’s announcement Friday that Gray’s death is being ruled as a homicide, and that the six officers connected to his arrest are being charged, PBS NewsHour visited Baltimore to speak with community members about Gray’s death, and to hear their concerns for Baltimore’s future. 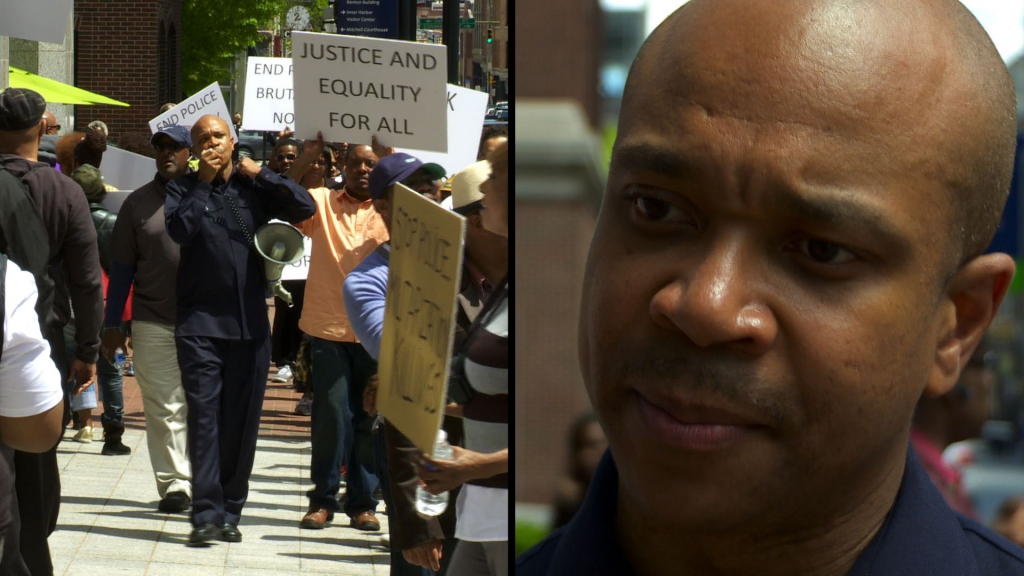 “In the absence of jobs, decent education, healthcare and opportunity, people are going to respond in these ways. If you leave a hot stove on the oven too long, the top is going to blow off.”

Reverend Delman Coates, a senior pastor at Mount Ennon Baptist Church in Clinton, Maryland, and one of the organizers of a Wednesday afternoon vigil for Freddie Gray, believes that the community of Baltimore needs to “raise its voice” in order to get answers and about Freddie Gray’s death. He points out that Gray is not the first African-American male to lose his life, but that his death is a tipping point for Baltimore, and for many across the country, to say “enough is enough.” 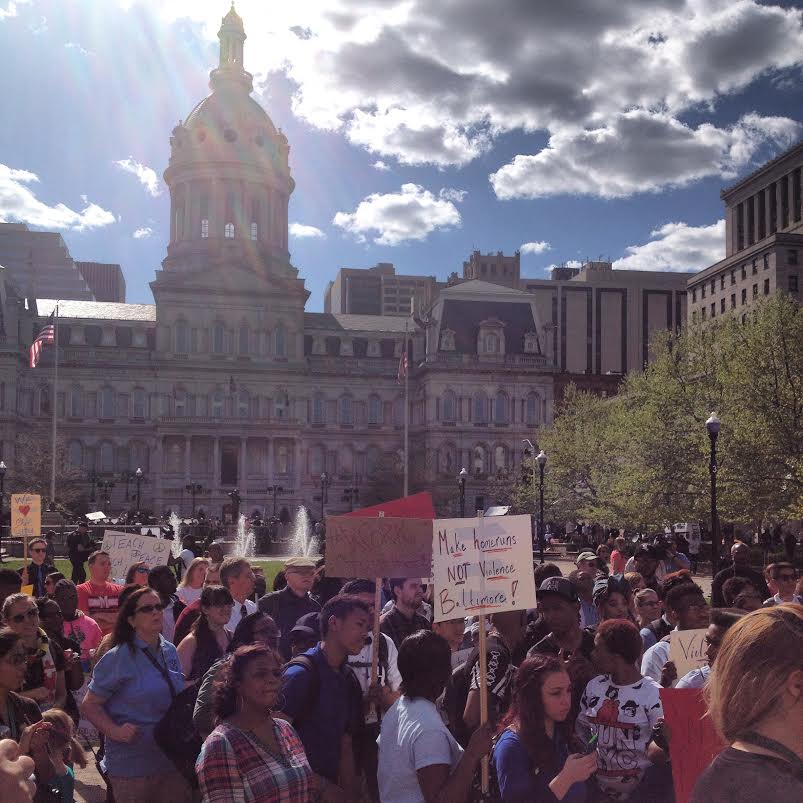 “These kids have grown up here. They’ve been a little worried about some of the things they’ve seen, so we wanted a positive experience for them to see that this city really is a (community) that loves peace, loves each other and loves the next generation coming up.”

Elizabeth Gurney is the Director of SHARPKids, an after-school program located in Baltimore’s historically African-American community of Sharp Leadenhall. The program works with kindergartners through fifth-graders, striving to help them find a vision for their futures. On Wednesday, the kids were brought to Baltimore City Hall where they joined several high school students from the area, chanting “we love Baltimore” and “we will rebuild this city.” 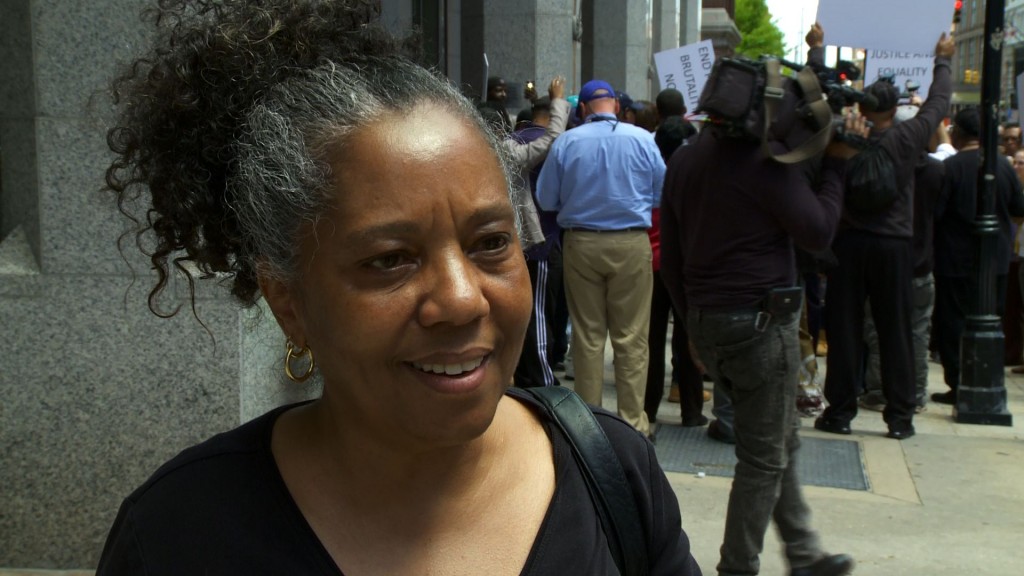 Felicia Boston bused to Baltimore on Wednesday to participate in a vigil service for Freddie Gray. Photo by Joshua Barajas

Felicia Boston traveled by bus to a vigil for Freddie Gray with members of her church from Prince George’s County in Maryland. She cited her 28-year-old black son as her main reason for making the trip. Boston says that these efforts will hopefully shed light on what happened to 25-year-old Freddie Gray. 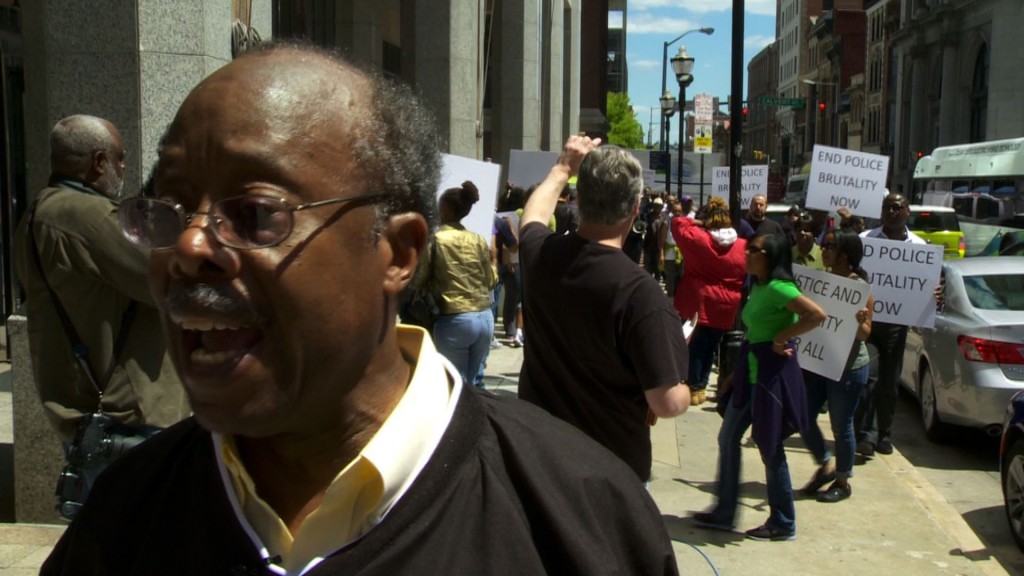 “We want to make sure that the focus is on justice for people who so sorely need it in this country … This focus has to be on Freddie Gray, and other Freddie Grays around the nation.”

Maryland State Sen. Nathaniel McFadden has been fighting for justice for “a long time.” But he believes this time around may be different, since the cause he’s fighting for has been caught on camera. 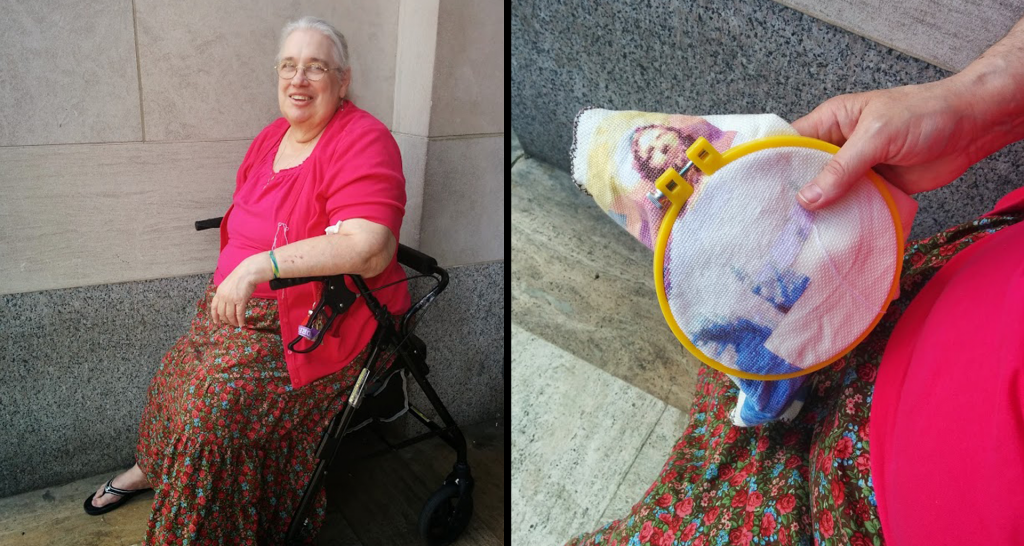 Loretta Frederick’s views on the future of the city are downtrodden. Photos by Hari Sreenivasan

Loretta Frederick isn’t sure if anything will change in regards to the relationship between community and police. She believes that if one problem is fixed, another will most likely arise. 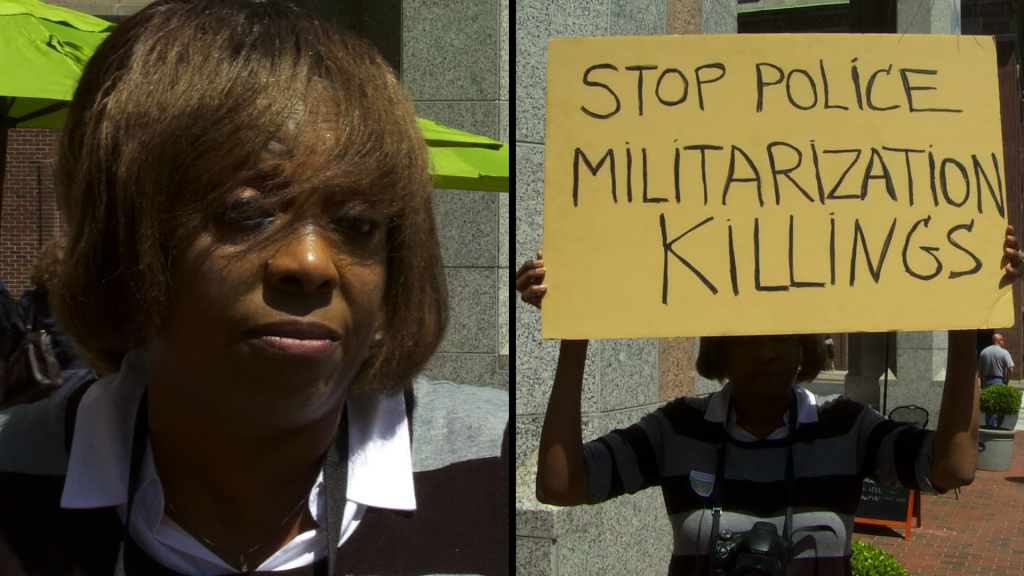 “Words like ‘thugs,’ ‘hoodlums’ and ‘looting,’ — these are all older euphemisms and epithets that are racially coded … I just think we need to be beyond those terms, and maybe start treating people as equal and not calling each other names.”

Liz Howard, a native of Maryland, witnessed the riots that broke out on Monday. Though she does not condone that type of action — “none of it” — she says that unfortunately, that’s what gets attention. She has attended three protests in connection with the death of Freddie Gray. She’s since been to two more peaceful protests and hopes that these efforts will raise awareness about the racial disparity that exists in Baltimore.

PBS NewsHour’s Quinn Bowman spoke with people in Baltimore shortly after Mosby’s press conference. Here’s what they had to say: 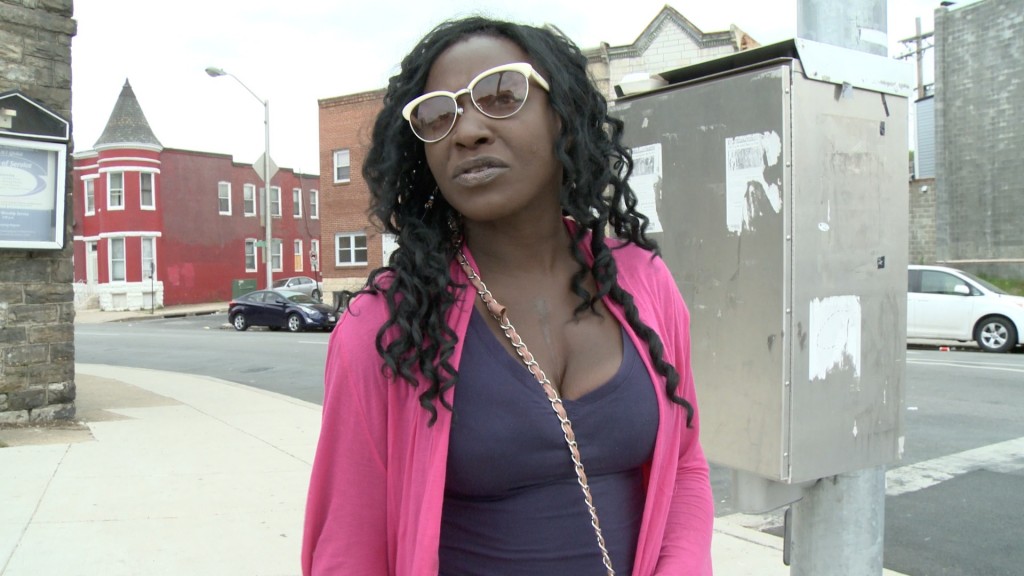 “I’m excited. I feel good about it. I’m happy about that. And I’m happy for us, because I was afraid they weren’t gonna be brought up on any type of charges … I don’t agree with all the looting, but people are tired. We’re all tired. And there’s definitely power in numbers.” 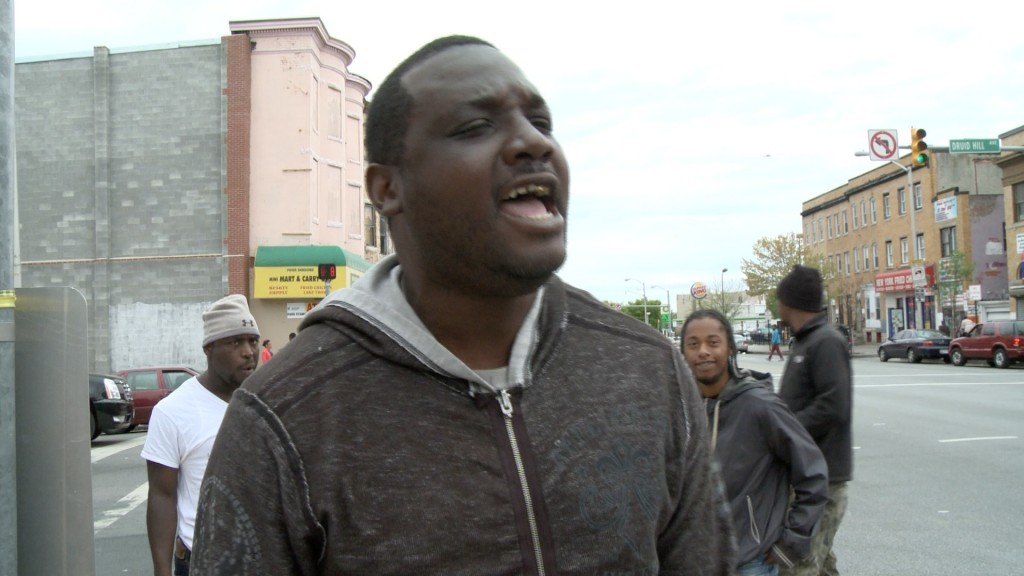 “Unfortunately in this impoverished neighborhood, these police are not police. They’re gangsters with badges. And all this looting, robbing and stealing — it wasn’t about our opportunity; it’s about frustration. Built-up animosity.”

Left: Members of the community hold hands in front of police officers in riot gear outside a recently looted and burned CVS store in Baltimore, Maryland on April 28, 2015. Photo by Jim Bourg/Reuters