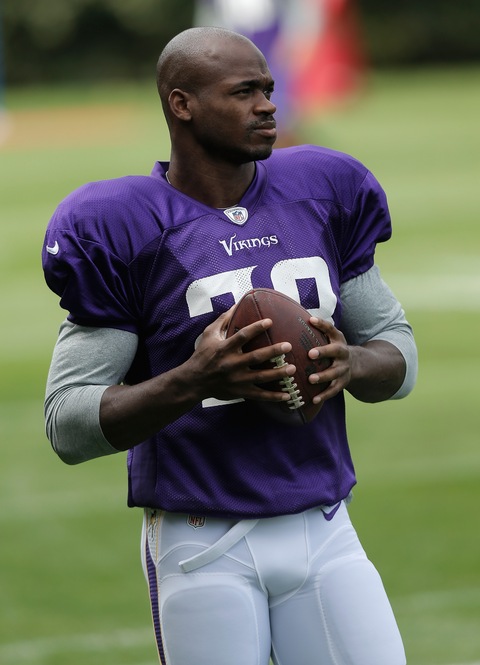 Running back Adrian Peterson in action during a Minnesota Vikings training session on September 26, 2013. Photo by Harry Engels/Getty Images.

The 2-year-old son of the National Football League athlete Adrian Peterson died Friday from injuries sustained from an alleged assault by his mother’s boyfriend, Reuters has reported.

The Minnesota Vikings star asked for privacy in videotaped remarks, saying he would not take questions on the subject.