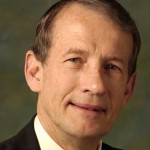 What you need to know about the Trans-Pacific Partnership

Eleven days ago, on Friday, June 12, an adverse vote in the House of Representatives suddenly put the Trans-Pacific Partnership in danger of collapse. In a surprise attack worthy of Machiavelli, AFL-CIO President Richard Trumka and House Minority Leader Nancy Pelosi (D-CA) outflanked and embarrassed President Barack Obama by rallying Democrats to vote down Trade Adjustment Assistance—the companion legislation, long-favored by Democrats, to assist workers who lose their jobs on account of expanded trade.

The June 12 vote cast a long shadow over the Trade Promotion Authority, also known as “fast track,” the legislation that ensures the expeditious passage of legislation by the U.S. Congress to implement the Trans-Pacific Partnership and other trade pacts. The passage of fast track legislation means that Congress cannot amend the final trade deal but can only vote the final deal up or down. For many Democrats, their support of Trade Promotion Authority depends on simultaneous passage of Trade Adjustment Assistance to ensure that dislocated workers get needed retraining and readjustment support.

Refusing to take no for an answer, President Obama, along with his temporary ally House Speaker John Boehner (R-OH), turned the tables and with deft parliamentary maneuvers, passed Trade Promotion Authority as a standalone bill, and then packaged Trade Adjustment Assistance with the Africa Growth and Opportunity Act to facilitate a positive vote in the House.

Today, in a razor-thin victory for Obama, the Senate voted to end a filibuster on fast track legislation (Trade Promotion Authority) in a 60 to 37 vote. As a result, the Senate will likely make a final vote on the Trade Promotion Authority tomorrow and will only need a simple majority to pass the measure. A vote on the Trade Adjustment Assistance is scheduled later this week. Both votes will very likely lead to fast track legislation passage in both chambers, sending the bill to President Obama’s desk and clearing the way for Ambassador Michael Froman to wrap up the Trans-Pacific Partnership negotiations.

Since the North American Free Trade Agreement (NAFTA), all U.S. trade pacts except one have been preceded by the passage of fast track legislation (or similar authority). Put simply, Trade Promotion Authority enables U.S. trade negotiators and their foreign counterparts to conclude an agreement knowing that the U.S. Congress cannot amend the text and will give the pact an expedited up-or-down vote. Congress has not yet voted down a trade agreement, but past history does not guarantee ratification of the Trans-Pacific Partnership. Given the difficult and convoluted passage of fast track legislation, we may be sure that once the final trade deal is concluded and the final text released, it will be vigorously condemned by the AFL-CIO, several non-governmental organizations like Public Citizen and the Sierra Club, and many members of Congress. Getting to “yes” on the Trans-Pacific Partnership will be just as hard as getting to “yes” on Trade Promotion Authority.

Knowing that a full dress battle awaits, it’s worth reviewing the main elements of the Trans-Pacific Partnership.

The Trans-Pacific Partnership is the most substantial trade agreement ever conceived for the Asia-Pacific region. It would be the first “mega regional” of its kind: the 12 participating countries represent almost 40 percent of global output and 25 percent of global exports of goods and services. Dissatisfied with the lack of progress on the multilateral level, the 12 Trans-Pacific Partnership countries are like-minded in their pursuit of a high-standard trade and investment agenda, but of course they have different priorities and sensitivities, which means that negotiations have not been easy.

The trade deal negotiations are near the finish line and with the passage of fast track legislation they might be concluded by August 2015. The Trans-Pacific Partnership text, when finalized, will set precedents for global trade rules and advance trade and investment relations between member countries. The trade deal would also lead to greater economic integration throughout the region as it expands to new members, possibly achieving a long-held goal of free trade and investment within the entire Asia Pacific Economic Cooperation region.

First, the Trans-Pacific Partnership will reduce and eventually eliminate traditional market access barriers to goods, services and agriculture—with some small exceptions. Equally important, the trade deal will shape standards and rules in several areas that have few or no disciplines in the multilateral trading system governed by the World Trade Organization. Examples include competition policy, direct investment, labor and environmental standards, and state-owned enterprises.

Econometric estimates indicate that the Trans-Pacific Partnership will boost the real incomes of member countries by $285 billion over baseline projections by 2025, a gain of 1 percent that continues indefinitely. Japan and the United States would account for 64 percent of the total GDP gains. Exports of member countries will increase by $440 billion or 7 percent. Of course, these gains will require full implementation and national economic reforms to meet Trans-Pacific Partnership obligations and take advantage of new trade and investment opportunities.

As a “living agreement” the Trans-Pacific Partnership will allow for future accession by new members, as well as periodic updating of its provisions. Korea has announced its interest in participating, while Indonesia, the Philippines, Thailand, and Taiwan are assessing the benefits of Trans-Pacific Partnership membership. Within a decade, the trade deal could also become a framework for meaningful bilateral engagement between the United States and China.

Not surprisingly, the 12 Trans-Pacific Partnership partner countries are addressing the most difficult issues in the last leg of negotiations. If leaders can muster the political will to resolve the sticking points by August 2015, legislation could be enacted by the U.S. Congress by December 2015 in a best case scenario. We summarize some of the critical issues here.

U.S.-Japan market access talks. Japan has resisted the complete elimination of tariffs on sensitive agricultural imports, including rice, beef, pork, dairy, wheat, barley and sugar. While Japan’s average most-favored nation applied tariff for agricultural products is 16.6 percent, peak tariffs reach nearly 700 percent. (Most-favored nation tariffs are the tariffs applied on all imports from countries that do not have a trade agreement with Japan.) Reducing these tariffs is a big deal since the United States is the top source of agricultural imports for Japan, accounting for about a quarter of Japan’s total farm imports. Beyond U.S. interests, several Trans-Pacific Partnership countries such as Australia, Canada and New Zealand also rely on meaningful agricultural market access in Japan to obtain the requisite domestic political support for their own concessions in the overall trade deal. U.S.-Japan talks have also linked the reduction of agricultural tariffs to the terms of market access in the auto sector. Other Trans-Pacific Partnership countries are still waiting for both sides to announce the terms of the bilateral deal so they can round out their own final offers.

Labor and environment standards. Trans-Pacific Partnership members are crafting high-level labor and environmental obligations, which aim to bridge gaps in the previous commitments of developing country members, namely Malaysia and Vietnam. This will entail commitments to implement and enforce relevant multilateral agreements. With respect to labor, countries will commit to the Fundamental Principles and Rights at Work promulgated by the International Labour Organisation. The Fundamental Principles prohibit, for example, discrimination in the workplace and child labor. With respect to environment, countries will commit to the Convention on International Trade in Endangered Species of Wild Fauna and Flora, which prohibits, for example, trade in ivory and rare parrots. U.S. negotiators have insisted that labor and environmental provisions be enforced by effective dispute settlement procedures.

Congressional passage of the Trade Promotion Authority, so-called fast track authority, will pave the way for the final stage of the Trans-Pacific Partnership negotiations. With fast track legislation in hand, Ambassador Mike Froman can assure foreign trade ministers that U.S. concessions at the bargaining table will not be diluted by Congressional amendments. But neither Ambassador Froman nor President Obama can guarantee their foreign partners that Congress will ratify the Trans-Pacific Partnership.

Opponents will (and have already) loudly claim that, if ratified, the Trans-Pacific Partnership will reduce U.S. wages, cost U.S. jobs, jeopardize lives abroad and enable predatory corporations to resemble the dinosaurs in Jurassic World. We profoundly disagree with each of these claims. According to sound econometric estimates, the benefits to America from the Trans-Pacific Partnership will outweigh the costs to dislocated workers by more than 20 to one, and there is scant evidence that expanded trade depresses wages for the vast US workforce numbering 140 million. Nor is there any substantial evidence that trade agreements will deprive sick persons abroad of essential pharmaceuticals. But those debates are script for another day.

Left: Gary Clyde Hufbauer and Cathleen Cimino break down what you need to know about the Trans-Pacific Partnership. Photo by REUTERS/Larry Downing

Gary Clyde Hufbauer has been the Reginald Jones Senior Fellow at the Peterson Institute for International Economics since 1992. Hufbauer has written extensively on international trade, investment, sanctions and tax issues. His coauthored titles include "Bridging the Pacific: Toward Free Trade and Investment between China and the United States," "Economic Normalization with Cuba: A Roadmap for US Policymakers," "Outward Foreign Direct Investment and US Exports, Jobs," and "NAFTA Revisited: Achievements and Challenges."

Cathleen Cimino-Isaacs is a research associate at the Peterson Institute. Her research focuses on economic issues relating to international trade policy, free trade agreement negotiations and the future of the World Trade Organization. She is co-author of "Local Content Requirements: A Global Problem" and assisted with "Economic Normalization with Cuba: A Roadmap for US Policymakers."