George Zimmerman arrested for aggravated assault with a weapon

George Zimmerman, the Florida man who was acquitted in the shooting death of an unarmed black teen in 2013, was arrested Friday, the Seminole County Sheriff’s Office said. 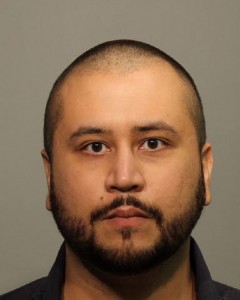 The 31-year-old former Neighborhood Watch volunteer was charged with aggravated assault for allegedly throwing a wine bottle at his girlfriend while she was at his home earlier this week in Lake Mary, Fla., his lawyer, Don West, told the Orlando Sentinel.

Police found out about the incident when they pulled the woman over for a routine traffic stop, Lake Mary Police spokeswoman Officer Bianca Gillett told the Sentinel.

On Saturday, Judge John Galluzzo ordered Zimmerman, clad in blue scrubs and Crocs, to surrender any firearms in his possession and stay out of contact with the victim. His bond was set at $5,000.

Zimmerman is being held at the James E. Polk Correctional Facility in Sanford, Fla. He is due back in court on Feb. 17.

Since his acquittal of second-degree murder and manslaughter charges for the Feb. 2012 death of Trayvon Martin, Zimmerman has had several run-ins with the law, including a previous arrest on charges of aggravated assault, battery and criminal mischief.

He has also been pulled over on three separate occasions for traffic violations.

While at a Central Florida gun show in September, Zimmerman said he was homeless, jobless and in debt from legal bills, the Orlando Sentinel reported.