The last known living search and rescue dog deployed to ground zero on Sept. 11, 2001 was given the Sweet 16 of a lifetime this week. Bretagne, the golden retriever of Texas Task Force 1, along with her owner Denise Corliss, flew to New York City for a day of birthday treats and presents.

Bretagne and Corliss went on their first deployment together on Sept. 11, 2001. Along with about 100 other search and rescue dogs, Bretagne sniffed through the rubble to save people after the tragic attack on the World Trade Center.

Fourteen years later, Bretagne and Corliss visited Ground Zero for the first time since 2001 to see the National Sept. 11 Memorial and Museum. In addition to honoring the memorial, Bretagne got to celebrate her sixteenth birthday in true New York City style.

When the folks at Barkpost, a blog dedicated to dogs and dog lovers, found out that her sixteenth birthday was approaching, they decided that “there was no question” that Bretagne should have a “Dog’s Best Day for the ages.”

The Barkpost team had plenty of people in New York willing to help create the best Sweet 16 ever for Bretagne. Her day started out with a warm welcoming at the luxurious 1 Hotel Central Park, where she and Corliss were shown to a penthouse suite complete with a fluffy dog bed, toys and treats provided by online subscription retailer Barkbox, and room service.

They were then picked up by a vintage yellow taxicab, which drove them to Times Square to see a billboard honoring Bretagne and her owner. After seeing her name in lights, Bretagne got to splash around in the fountain at Hudson River Park. Finally, they were taken back to the hotel to a surprise party complete with dozens of puppy gifts and a custom made dog-friendly cake. The hotel even donated $1,000 to Texas Task Force 1 so that they can continue with their work in rescue dog-training. 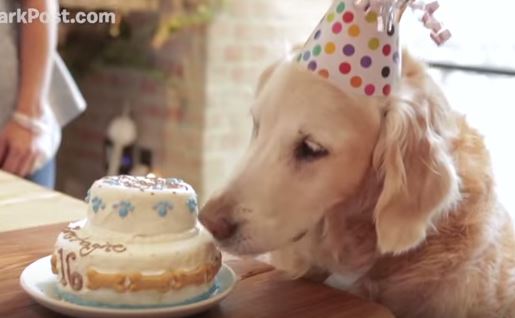 In addition to her first mission to New York City, Bretagne has also worked notably at disaster sites such as the Olympic Winter Games of 2001 and Hurricanes Katrina and Rita in 2005. In 2014, she was one of eight finalists for the American Humane Association’s Hero Dog of the Year award.