Austin is looking for a ‘serial bomber.’ Here’s what we know

The people of Austin, Texas, have been on high alert after another package exploded this month, injuring two male twenty-somethings. Unlike the past three explosives, the fourth package bomb was triggered by a tripwire, Austin police said hours after the early morning blast.

Although Sunday’s attack shared similarities with the past three explosions that began on March 2, the mechanisms for this attack demonstrated a “different level of skill” than the other attacks, police said.

A fifth explosion happened early Tuesday morning inside a FedEx distribution center near San Antonio. One worker sustained minor injuries. Authorities suspect that this latest blast is related to the other bombings in Austin.

Here’s what we know — and don’t know — about the series of Austin bombings that have only escalated fear among a city of nearly 1 million people.

How did the bombings start? 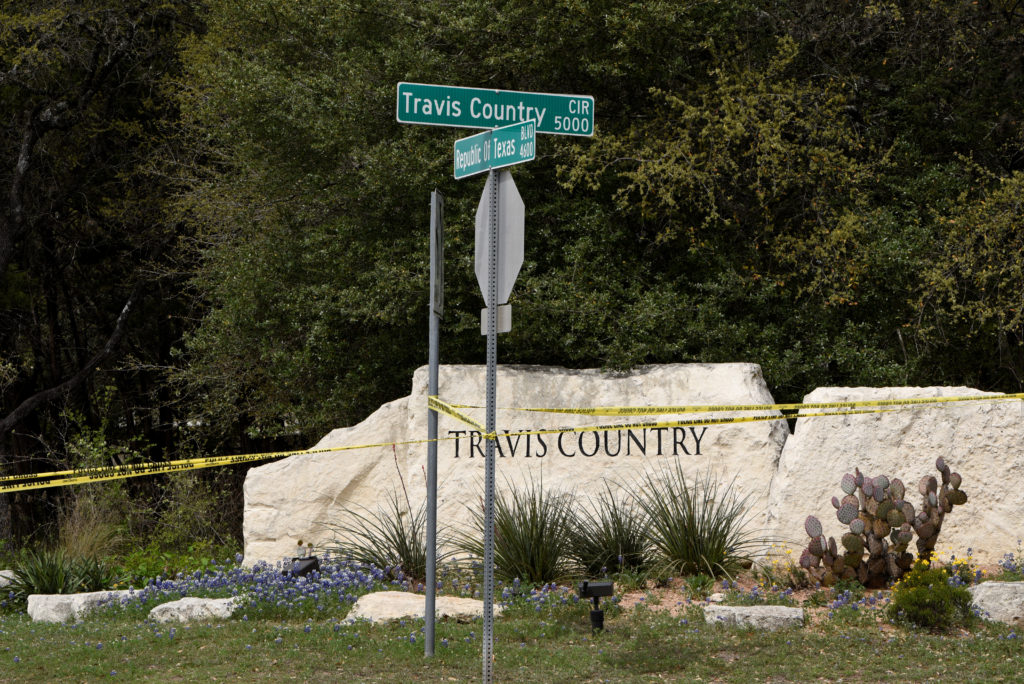 Police lines are seen blocking off part of Republic of Texas Boulevard following an explosion in Austin, Texas, on March 19, 2018. Photo by Sergio Flores/Reuters

Since early March, the five bombings have killed a total of two people and injured another five.

North Austin resident Anthony Stephan House, 39, was killed the morning of March 2 after he touched a box that was left outside on his front porch.

Two more explosions occurred on the same day of March 12, within five hours of each other. About 6:45 a.m., Draylen Mason, 17, was killed from a package explosion, while his mother was seriously injured.

Both explosions occurred the same week of the South by Southwest music, film and technology festival, which draws hundreds of thousands of participants to the city every year.

Later that day, Austin Police Chief Brian Manley announced that all three explosions are linked. Although the chief was hesitant provide a lot of detail about the packages themselves, he did say they were not mailed through the U.S. Postal Service or private carriers like UPS. The packages appeared to be hand-delivered to the victims’ door steps overnight, Manley said.

At that time, Manley also told reporters that police had yet to determine a motive, but did indicate that they “cannot rule out that hate crime is at the core of this,” he said, noting that those targeted were black and Hispanic residents. “But we’re not saying that that’s the cause as well,” the chief added.

How the fourth and fifth bombings complicated the investigation.

On March 18, a fourth bomb was detonated in southwest Austin, injuring two while males, both in their 20’s. They’re expected to be in good condition after the attack.

Later that day, Manley said investigators are “clearly dealing with what we expect to be a serial bomber at this point.”

I am asking our community to pay close attention to any suspicious device whether it be a package, a bag, a backpack or anything that looks out of place, DO NOT approach it! Call 9-1-1 immediately! Also remember DO NOT move, touch or open unexpected/suspicious packages! pic.twitter.com/jvyVB5I7SX

However, this attack showed a “higher level of sophistication,” said Fred Milanowski of the Bureau of Alcohol, Tobacco, Firearms and Explosives, who was assisting in the investigation. This is because the bomb was activated by a tripwire set alongside a roadway. The two men triggered the bomb when they were walking on the road.

Unlike the past three bombs, this one appeared to be more random with anyone in the community being able to trigger the bomb. Christopher Combs of the FBI told reporters that the change in the bomb’s mechanism meant a change in the investigation from a “more targeted approach to a more random approach.”

The fourth bomb, too, was set up in the Travis Country neighborhood, one that also resides on the opposite side of the city, far away from the bomb sites of the first three explosions. On Tuesday, a fifth one exploded inside a FedEx center in Schertz, Texas, a city nearby San Antonio and about 60 miles southwest of Austin.

Authorities said the package exploded while on a conveyor belt. A worker nearby the blast was treated for reported ringing in her ears. She has since been released.

Police also said the FedEx center nor a resident of Schertz, Texas, were the intended targets for the package bomb. However, they did not provide any other additional information on who exactly the package was meant for.

Later, Attorney General Ken Paxton told television station KXAN that the package circulating through the distribution center was sent from Austin and addressed to someone in Austin. No other specifics were given. Paxton also said a second package bomb was found at the same center, but it didn’t explode.

Earlier Tuesday, FBI agent Michelle Lee said “it would be silly for us” to not suspect this fifth bombing to be related to the Austin bombings, but she also cautioned that it was early into the investigation.

Manley said about 500 agents, including those from ATF and FBI teams, are helping with the ongoing investigation.

Police have yet to determine a clear motive. Despite the similarities noted between the bombings, police have stopped short of giving a greater understanding of the intention behind these bombings.

Manley said Monday that authorities have not ruled out that the bombings could be “domestic terrorism or hate-related.”

Police issued revised safety guidelines to Austinites today, urging them to “remain vigilant” and to stay away from suspicious packages they may see in their neighborhoods. Police said for Austin resident to immediately call 911 if they see any unknown packages.

Shortly before the fourth bombing, the Austin Police Department raised the tip award to $100,000. The Texas governor’s office is also offering another $15,000 for information that will lead to the arrest of the attacker or attackers behind the explosions.

On Monday, authorities appealed directly to the bomber, providing a phone number that will allow them to get in touch with Austin authorities.

Left: State and federal officials at the site of a fifth explosion today provided updates on the series of bombings in Texas. Watch their remarks in the player.