Heroin re-emerges in the Chicago suburbs, cheaper and more potent 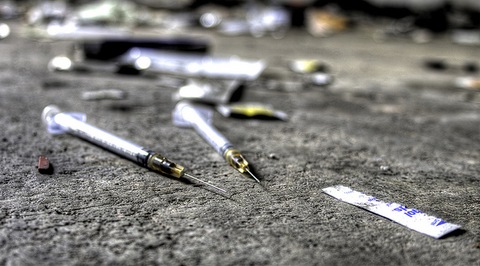 More people are using heroin than at anytime since the 1970s, and these new users are likely to be young white adults living in suburbs, Bloomberg reports. And today’s heroin is more potent than it was in the era of Disco.
The Sinaloa Cartel from Mexico took control of heroin distribution in Chicago when a vacuum opened in the market after federal prosecutors jailed local gang leaders. The cartel is dealing the drug in cheap $10 bags.

“Economics is driving people towards it for sure,” Dan Bigg told Bloomberg, director of the Chicago Recovery Alliance, which provides outreach for drug abusers. “It’s a much cheaper way to go for a unit dose.”

West of Chicago, Dupage County has recorded 43 fatal heroin overdoses so far this year. According to Richard Jorgensen, the county coroner, deaths from heroin have increased from 26 in 2011 to 43 last year. Neighboring Will County also saw heroin deaths rise from 30 in 2011 to 54 in 2012.

“The drugs are so variable, it’s difficult to know what you are doing,” Jorgensen told Bloomberg. “It’s not like taking one Vicodin — you know what pill it is. In this situation, it’s different every time,”

As Oxycontin and painkillers become harder to obtain due to tighter regulation and awareness campaigns, abusers are turning to heroin.

The United States Department of Health and Human Services reported 156,000 new users in 2012, the highest since the 1970s.